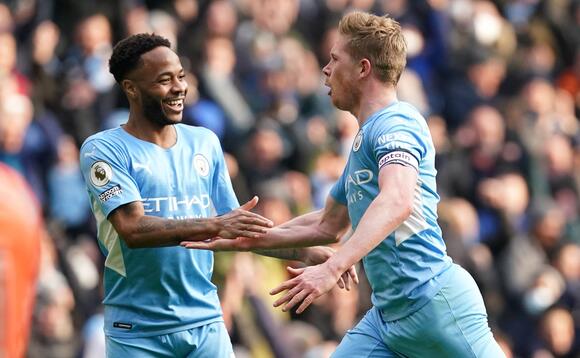 Pep Guardiola has hailed the mentality and professionalism of his Manchester City players after taking a seemingly vice-like grip on the title race.

The City manager is impressed by how his team have dealt with adversity on and off the pitch to maintain their charge towards a fourth Premier League success in five years.

In making his point, Guardiola cited the example of full-back Joao Cancelo who suffered facial injuries in an attack at his home last month. 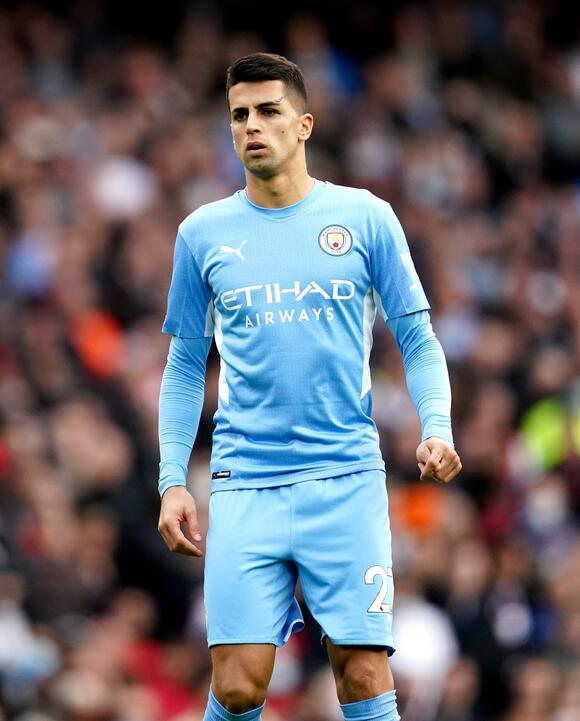 Cancelo has started all three of City’s games since, helping them come through a tough period in which they have been badly hit by a Covid-19 outbreak.

After Saturday’s hard-fought 1-0 victory over one of their closest challengers in Chelsea, City are now sitting pretty at the top of the table having won their last 12 league games.

Guardiola said: “We believe in what we do. It doesn’t matter what happens, we go and we go.

“In this season there are personal problems for the players. They are human beings, they have families, there are problems sometimes.

“For example Joao – he had an incredible episode a couple of weeks ago with the family at home. How should you react in that situation? 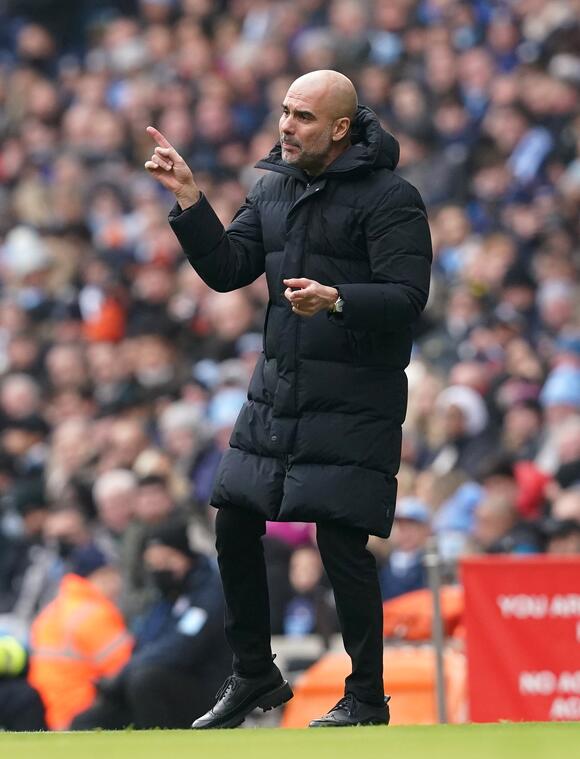 “The way he reacted was exceptional. He said he wanted to play against Arsenal, in the cup (against Swindon) and play Saturday.

“The biggest achievement is they try to do everything and be the best. Otherwise, in this league, you cannot win 12 games in a row. It’s impossible. The opponents you see, every single week they are massive.”

Guardiola says he is satisfied more by the continuing success and high standards of his side than the trophies they win.

This, for me, is the best title I have or will have when I leave Manchester City

He said: “These guys, every single game, give everything for this club and this is so hard to find in modern football.

“We are humble enough to run without the ball and try to do our best every single game. This is my – our – biggest achievement as a club, as a team, by far.

“To win and win after four years, in this country, in this league, this is outstanding. This, for me, is the best title I have or will have when I leave Manchester City.”

City’s latest win was secured by a moment of brilliance from De Bruyne, who sank his former club Chelsea with a stunning goal 20 minutes from time at the Etihad Stadium.

The Belgian is now getting back to his best after being hampered by injuries and illness in the first half of the season, but Guardiola thinks he still has another level.

He said: “He’s much better, not at his best but much better. This season he has struggled for many reasons, but my job as a manager is to demand more.

Andy Robertson admits he has taken his friendly rivalry with team-mate Trent Alexander-Arnold to a new level after Gary Neville labelled the Scotland captain “the best full-back in the league by a mile”.The Sky Sports pundit was assessing the quality of the Premier League’s wide defenders last week when he said Liverpool’s left-back ranked top among them all.Conversely, Alexander-Arnold has been the one receiving most of the plaudits this season as his 12 Premier League assists, in addition to two goals, was second only to team-mate Mohamed Salah.So in the build-up to the Champions League final, Robertson has taken great...
PREMIER LEAGUE・1 HOUR AGO
The Independent

There is perhaps no single game with such intolerance of romance as the Championship play-off final. It is the sort of occasion that ought to be steeped in history, from Nottingham Forest’s arduous pursuit of glories past to Huddersfield Town’s hopes of marking the 100th anniversary of its first major trophy. There should be emotive storylines, narrated by old players over grainy montages, that give a game like this texture and tradition, weaving memory and context into the mayhem. Yet, all that goes against the sort of spectacle that is an inherently modern phenomenon. For the owners and executives, there...
PREMIER LEAGUE・2 HOURS AGO
The Independent

Liverpool fans have been warned they could be fined almost £115 for wearing their club’s colours in an area of Paris ahead of the Champions League final.The Reds will take on 13-time winners Real Madrid at the Stade de France, just north of the city, on Saturday, and supporters have been flocking to the French capital since Thursday morning.However police have warned that wearing any football club colours is banned near the Champs Elysees until after the final.It covers the popular tourist attraction area from the Place de la Concorde to the Arc de Triomphe.Merseyside Police Liverpool FC said on...
PREMIER LEAGUE・40 MINUTES AGO
The Independent

Is Karim Benzema the deadliest finisher in Europe? Dissecting the data behind the world’s best goalscorers

After one of Karim Benzema’s 10 goals during the Champions League knockouts, someone on BT Sport declared we were watching “the best finisher in the world” (I forget who or when, but I think the quote was rounded off with a “Fletch”).It is hard to argue with this statement. Benzema has had an incredible season, scoring 44 goals in 45 games, including 15 in the Champions League which puts in reach Cristiano Ronaldo’s record of 17 in a single campaign – Benzema scored hat-tricks against PSG and Chelsea, and it is not unimaginable that he might leave Saturday’s final against...
UEFA・2 HOURS AGO

Northern Ireland boss Ian Baraclough says Kyle Lafferty deserves his international recall at the age of 34 after helping Kilmarnock into the cinch Premiership.Lafferty, a hero of Northern Ireland’s successful Euro 2016 qualifying campaign and the second top scorer for his country’s men’s team, has been selected for next month’s Nations League fixtures against Greece, Cyprus and Kosovo.“I suppose it was big news when Kyle was left out of the squad previously, but the door was never closed on him,” Baraclough said.🔥 Your Northern Ireland squad for the upcoming @UEFA Nations League games! #GAWA #NorthernIreland ➡️ https://t.co/chuvp3ABpE ⬅️ pic.twitter.com/cUtj5ZcbuN— Northern...
WORLD・2 HOURS AGO
The Independent

Liverpool FC supporters travelling to the Champions League final and families embarking on half-term getaways face long queues at the Port of Dover and UK airports.Thousands of fans descended on the Kent port on Friday to board cross-Channel ferries en route to Paris for Saturday’s match.Airline passengers were also stuck in lengthy queues at airports such as Gatwick, Manchester, Stansted and BristolLiam Devlin, who was among the Liverpool supporters waiting in Dover, wrote on Twitter: “Absolute chaos at the Port of Dover.“Taking around three hours to get through to the gates to even board any ferry, double the amount of...
SPORTS・2 HOURS AGO
The Independent

Home favourite Charles Leclerc finished fastest in opening practice for the Monaco Grand Prix.Ferrari’s Leclerc, born and raised on the famous streets of Monte Carlo, edged out Red Bull driver Sergio Perez with Carlos Sainz third in the other scarlet car.World champion Max Verstappen took fourth and Lewis Hamilton could manage only 10th in his Mercedes.Leclerc, who lost the championship lead to Verstappen after he retired from last Sunday’s Spanish Grand Prix with engine gremlins, has never won his home race.But the Monegasque was fastest out of the traps at a sun-cooked Monte Carlo, beating Perez by 0.039 seconds.Hamilton delivered...
MOTORSPORTS・2 HOURS AGO