Big pharmaceutical companies usually make big bucks. And many of them return a portion of their profits to investors in the form of dividends. 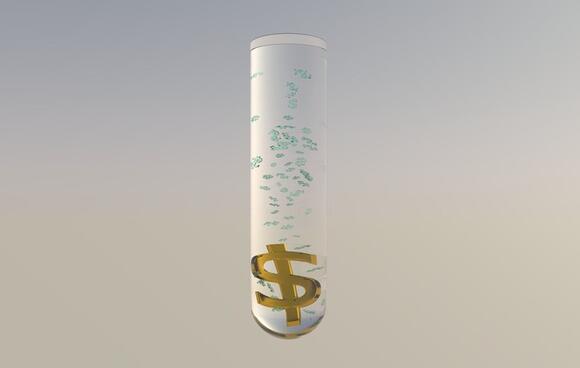 Keith Speights (AbbVie): There's so much to like about AbbVie's dividend that it's hard to know where to begin. But I'll start with its attractive yield of 4.2%. What's even better, though, is that AbbVie is a Dividend Aristocrat -- an elite group of S&P 500 members that have increased their dividends for at least 25 consecutive years.

There are a couple of concerns for AbbVie, though. The U.S. Food and Drug Administration (FDA) recently placed additional warnings on the company's JAK inhibitor Rinvoq . This could limit the sales of the drug to some extent. Also, AbbVie's top-selling drug Humira faces biosimilar rivals in the U.S. beginning in 2023. Sales are expected to decline significantly.

However, AbbVie's dividend shouldn't be threatened at all. The company could also continue generating solid growth in the second half of this decade after the initial impact of Humira losing exclusivity. AbbVie has several other growth drivers, including autoimmune disease drug Skyrizi and blood cancer drug Venclexta.

This biotech has boosted its dividend 51% in five years

David Jagielski (Gilead Sciences): Investing in a high-yielding dividend stock can be a great way to make the most of your money. But to ensure that inflation isn't chipping away at that cash flow over time, you'll also want to invest in a company that raises its dividend payments. With Gilead Sciences, investors are getting the best of both worlds -- a high yield of around 4% that has also been growing over the years.

Five years ago, Gilead was paying its investors a quarterly dividend of $0.47. Today, those payments are up to $0.71, rising by 51% during that time and averaging a compound annual growth rate of 8.6%. And that already-juicy dividend can get even more mouth-watering as the company's payout ratio sits below 50%.

In Gilead's latest quarterly update, sales rose 13% year over year to $7.4 billion. The company also reported net income of $2.6 billion, which equated to a per-share (diluted) profit of $2.05. And in the nine months leading up to that date, the earnings per share (EPS) topped $4.63. That's easily enough to cover the current dividend, which on an annual basis would total $2.84. And it leaves room for some generous increases as well.

Now may be an optimal time to buy Gilead stock. The company typically reports its fourth-quarter earnings in early February. Gilead could announce another dividend hike then as well. Since 2015 when the company began making dividend payments, Gilead has consistently raised its payouts each subsequent year (and normally in February).

With solid financials and the company likely to continue receiving a boost from its COVID-19 treatment, Veklury, it's probable that this dividend could get even juicier than it already is today.

A cash cow with a stable dividend

Prosper Junior Bakiny (Pfizer): When it comes to dividend stocks, high yields are great, but the ability to sustain dividend increases is even better. That's what pharma giant Pfizer provides. The company's current yield of 2.75% is well above the S&P 500's average of 1.27%. But just as important is Pfizer's very conservative cash payout ratio of 29.64%. For context, a payout ratio below the 60% range is generally considered good.

This implies that Pfizer has considerable room to sustain dividend increases in large part thanks to the cash it has been generating over the past year. Pfizer's free cash flow soared by 126.1% to $29.2 billion in the trailing twelve-month period. We can attribute that primarily to Pfizer's COVID-19 vaccine, Comirnaty. This vaccine has become a blockbuster product -- and then some -- in its first year on the market.

Pfizer said it would generate $36 billion from Comirnaty in the fiscal year 2021. Given recent developments surrounding the pandemic, 2022 should be another excellent year for the vaccine. Management thinks sales of Comirnaty could come in at $29 billion this year. Pfizer's coronavirus-related business alone, which includes Comirnaty and Paxlovid, a COVID-19 therapy that recently earned authorization, will generate more sales than dozens of large corporations will this year.

But Pfizer has other tools at its disposal. The company's anticoagulant Eliquis, cancer medicine Xtandi, as well as its biosimilar business, are meaningfully contributing to its overall performance. Even immunosuppressant Xeljanz could return to growth this year despite the regulatory headwinds it encountered last year .

And all of this at a reasonable price, too. Pfizer is trading at just 9.1 times forward earnings compared to an average price-to-earnings ratio of 13.3 for the pharma industry.

In short, Pfizer provides a little bit of everything most investors look for: high growth, reasonable value, and stable income in the form of dividends. Too juicy to pass up, indeed.

These passive income powerhouses, with yields ranging between 5.5% and 12%, can combat historically high inflation and make patient investors richer over time.
STOCKS・2 DAYS AGO

Buying these high-quality real estate investment trusts can make your capital work for you to create growing passive income and wealth.
STOCKS・2 DAYS AGO
WebMD

The pharmaceutical company Pfizer has voluntary recalled a blood pressure medication for the second time in a month. Pfizer is recalling five lots of blood pressure medicine Accupril because of elevated levels of a nitrosamine, Nnitroso-quinapril, the company said in a news release posted Friday on the FDA website. Nitrosamines...
INDUSTRY・29 DAYS AGO
The Motley Fool

These stocks are cheap after an unmerciful beatdown.
STOCKS・2 DAYS AGO

Two of the legendary investor's recent purchases especially stand out.
STOCKS・20 HOURS AGO
The Motley Fool

It offers the powerful combination of growth and dividends.
STOCKS・15 HOURS AGO
The Motley Fool

JPMorgan Chase increased its guidance earlier today and Bank of America's CEO had positive comments about the economy.
STOCKS・1 DAY AGO
The Motley Fool

With Both Down More Than 40%, Should Investors Buy Meta Platforms or Netflix?

The market has not been forgiving to these two mega-cap tech stocks in recent history.
STOCKS・18 HOURS AGO
The Motley Fool

And why this could be a buying opportunity for long-term investors.
STOCKS・13 HOURS AGO
The Motley Fool

Have you saved more or less than the typical U.S. adult?
BUSINESS・17 HOURS AGO