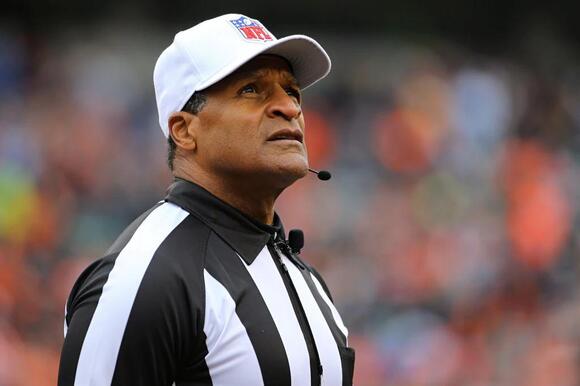 Working a football game as a referee, you never want your name to be in the headlines. But for Jerome Boger and his crew, he’s going to be the target of a lot of criticism and controversy. There was plenty of chatter both during last night’s Cincinnati Bengals-Las Vegas Raiders Wild Card matchup and after the aftermath.

The phantom whistle that was heard just before Tyler Boyd caught a touchdown pass from Joe Burrow has stirred up a lot of mixed reviews. Some might say the whistle was so late with the ball already in the air, it shouldn’t affect much. On the other hand, any time a whistle is blown or heard, the play should be called dead, replaying the down. While we can’t go back now, it hasn’t kept anyone from pointing the blame at Boger’s ref crew.

And it wouldn’t be the NFL playoffs if we didn’t have a bit of criticism toward the referees working the game.

ESPN’s Adam Schefter is reporting Boger and his crew isn’t expected to work again throughout the 2022 postseason. Whether that is a direct result of last night’s whistle non-call or not is unknown. We do know the NFL grades each of their ref units based on their performance throughout the year on a game-by-game basis.

Judging from their calls in the Raiders’ loss in the Wild Card Round, Boger and his crew are not expected to receive very high marks. To be fair, as the article points out, the league generally takes the refs from the Divisional Round and has them work the Super Bowl, so this may not necessarily be a demotion or change from their original plans. 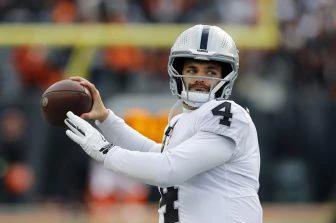 As a league source pointed out to Schefter, they were not caught off-guard or surprised in any way that a Jerome Boger-called game came with some controversial calls. There have also been various comments about his refereeing throughout the season, this may have just been the latest, most recent example.

Unfortunately, it came at a crucial time with millions of eyeballs watching and it may have directly impacted one team’s ability to continue their season.

Not a good look for the NFL.

For their part, the league tried their best to shove the toothpaste back in the tube after the game, by making a statement. But we shouldn’t have to tell you, the NFL being forced to make a statement regarding a call from their playoff game is downright embarrassing, and not exactly a common theme. Or at least it shouldn’t be. 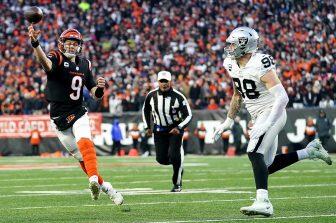 You could tell from the start that the crew was pro Bengals. Every time the Raiders made a big play the flags came out

Our MLB Games Today schedule is back for the 2022 MLB season. Major League Baseball ended its lockout, officially clearing
MLS・8 HOURS AGO
Sportsnaut

Bookmark. Save. Favorite. Do your thing. This is the one-stop-shop for everything NBA schedule-related heading into the 2021-22 season: Related:
NBA・10 HOURS AGO
Sportsnaut

The Miami Heat are attempting to take a 3-1 series lead on the road in Game 4 of their Eastern
BOSTON, MA・20 HOURS AGO
Sportsnaut

Al Michaels and NBC Sports have reached an agreement that will keep Michaels on in an “emeritus role” going forward.
NFL・51 MINUTES AGO
Sportsnaut

Quarterback Matthew Stafford is still not throwing and defensive tackle Aaron Donald was a no-show due to his contract situation
CINCINNATI, OH・22 HOURS AGO
Sportsnaut

Carolina Panthers running back Christian McCaffrey likely won’t play in any preseason games to try to keep him healthy for
CHARLOTTE, NC・2 HOURS AGO
Sportsnaut

The Indianapolis Colts signed free agent running back Ty’Son Williams on Tuesday, two weeks after the Baltimore Ravens withdrew their
INDIANAPOLIS, IN・5 HOURS AGO
Sportsnaut

The NFL scouting combine will remain in Indianapolis through at least 2024. The NFL made the announcement on Tuesday during
INDIANAPOLIS, IN・5 HOURS AGO