Growth stocks, on balance, have fallen out of favor in recent months. Political gridlock in Washington, D.C., historically high inflation rates, and concerns about an interest rate increase have dampened investors' appetite for risk. This negative sentiment, though, doesn't mean there aren't growth stocks worth buying right now. In the hard-hit area of biotech, for instance, a handful of hidden gems might be poised for jaw-dropping levels of growth in 2022 and beyond.

Which unloved biotech stocks should risk-tolerant investors have on their radar right now? Leap Therapeutics (NASDAQ: LPTX) and Pieris Pharmaceuticals (NASDAQ: PIRS) could both be gearing up for explosive moves to the upside later this year. While these two biotech stocks are indeed risky, their notable upside potential ought to appeal to aggressive investors on the hunt for unusual growth opportunities. Here's a brief overview on the pros and cons of each stock. 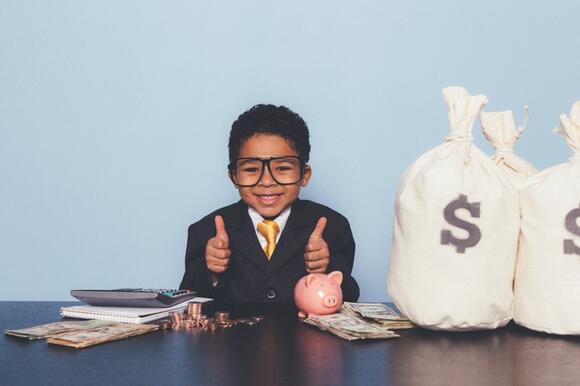 Leap Therapeutics is a small-cap cancer stock with a potential blockbuster therapy under development. The background is that Leap is trialing the anti-Dickkopf-1 (DKK1) antibody (aka DKN-01), in combination with BeiGene 's (NASDAQ: BGNE) humanized IgG4 anti–PD-1 monoclonal antibody tislelizumab, as a treatment for advanced stomach cancer. This ongoing midstage trial is set to produce top-line data sometime in the third quarter of 2022, according to Leap's recent corporate update at the 40th annual J.P. Morgan Healthcare conference. As things stand now, BeiGene and Leap have a commercialization agreement for select territories in Asia. Leap, however, owns the drug's commercial rights in the rest of the world.

Why is Leap a potential wealth escalator? BeiGene currently owns a substantial portion of Leap's outstanding common stock. So if this midstage trial for stomach cancer hits the mark, BeiGene could very well pull the trigger on a buyout. As DKN-01 is also being trialed for several solid tumor types , however, a buyout certainly won't come cheap. Even though Leap's market cap currently sits at a paltry $217 million, BeiGene would probably have to dole out at least $2 billion to acquire this promising cancer company. So, in short, Leap's shares might be gearing up for a nearly tenfold move before year's end. That said, clinical-stage cancer companies are inherently risky, meaning investors shouldn't buy more than they can afford to lose.

A potentially revolutionary treatment for asthma

Pieris Pharmaceuticals might sport a once-in-a-lifetime type of value proposition. The lowdown is that the biotech has developed an entirely new class of pharmaceutical known as Anticalins, artificial proteins that are both smaller and have better tissue penetration rates than traditional proteins. Pieris has collaboration agreements in place to trial these novel biopharmaceuticals with the likes of AstraZeneca , Boston Pharmaceuticals , Roche 's Genentech, Seagen , and Servier .

Across this broad clinical development platform for both respiratory diseases and oncology, Pieris is in line to receive a total of $8.6 billion in possible milestone payments. On top of that, the company has also attracted equity investments from both AstraZeneca and Seagen, and it is entitled to tiered royalties for most of these ongoing clinical programs, if they lead to a marketed product.

Despite this monstrous commercial opportunity, Pieris' market cap is currently sitting at a mere $228 million. That's a mind-boggling valuation gap, to put it mildly. The market is thus either out to lunch on this stock or it believes that Anticalins are destined to fail in the clinic. Either way, the first major test of this tech is slated for the fourth quarter of 2022, when Astra is set to report top-line results from an ongoing midstage asthma trial. If this asthma study is on point, Pieris' stock will undoubtedly catch fire. Astra and Pieris, after all, have a whopping $5.4 billion in possible milestone payments on the table for their respiratory disease collaboration.

10 stocks we like better than Leap Therapeutics
When our award-winning analyst team has a stock tip, it can pay to listen. After all, the newsletter they have run for over a decade, Motley Fool Stock Advisor , has tripled the market.*

They just revealed what they believe are the ten best stocks for investors to buy right now... and Leap Therapeutics wasn't one of them! That's right -- they think these 10 stocks are even better buys.

George Budwell has no position in any of the stocks mentioned. JPMorgan Chase is an advertising partner of The Ascent, a Motley Fool company. The Motley Fool owns and recommends Pieris Pharmaceuticals and Seagen Inc. The Motley Fool has a disclosure policy .

Go off the beaten path to increase your dividend income with these three names.
STOCKS・2 DAYS AGO
The Motley Fool

The discount retailer provided its first-quarter earnings and an update for the year, and Wall Street didn't like what it saw.
STOCKS・22 HOURS AGO

These businesses are backed by compelling investment theses.
STOCKS・2 DAYS AGO
WebMD

The pharmaceutical company Pfizer has voluntary recalled a blood pressure medication for the second time in a month. Pfizer is recalling five lots of blood pressure medicine Accupril because of elevated levels of a nitrosamine, Nnitroso-quinapril, the company said in a news release posted Friday on the FDA website. Nitrosamines...
INDUSTRY・25 DAYS AGO
The Motley Fool

Warren Buffett and Berkshire Hathaway recently revealed they have sold their last remaining investment in Wells Fargo.
STOCKS・21 HOURS AGO

With a solid foundation and a decent plan in place, it gets much easier to make the right decisions for your long-term financial health.
STOCKS・2 DAYS AGO

Strong price performance from these three large-cap tokens has investors excited about the near-term prospects of this sector.
MARKETS・22 HOURS AGO
The Motley Fool

The impact of rising costs took investors by surprise this week.
STOCKS・20 HOURS AGO
The Motley Fool

As the broader market continues to fall, some investors may view the EV leader's stock slump as a buying opportunity. Are they right?
STOCKS・23 HOURS AGO
The Motley Fool

Three companies that can beat the market in the coming years.
STOCKS・23 HOURS AGO
The Motley Fool

Should You Buy This High-Yielding Big Pharma Stock?

Novartis can provide investors with a market-crushing 3.8% dividend yield -- and that isn't all the stock has to offer.
STOCKS・2 DAYS AGO