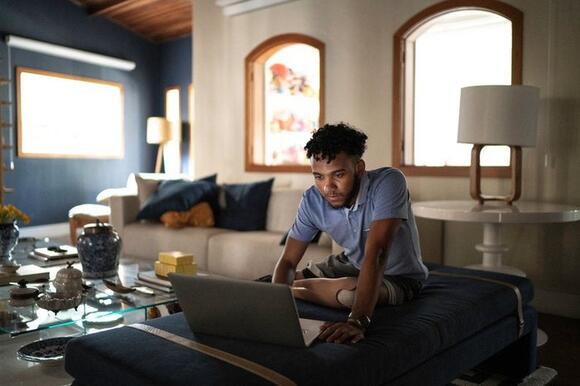 Blockchain gaming, also known as GameFi, soared in 2021. This was partly due to a rise in play-to-earn gaming, and partly because the technology has evolved to power better games.

The concept of play-to-earn gaming was pioneered by Axie Infinity (AXS) , which grew over 17,000% last year as millions of users logged on to breed, battle, and complete quests in this virtual world. Axie may or may not be able to hold on to its top spot in 2022. Regardless, it's good to put some other gaming cryptos on your watchlist as blockchain gaming looks set to grow.

Gala Games ' price hit an all-time high in November, jumping about 550% in just a month. It has since fallen back and is now up almost 100% across the past six months. The platform boasts it makes "games you'll actually want to play" and currently has various games in development.

Right now, Town Star, a play-to-earn game where people compete to build the best town, is the only one that's ready to play. The seven games in development include a survival shooter game called Last Expedition, an intergalactic strategy game called Echoes of Empire, and a tower defense game called Fortified.

Built on the Solana (SOL) network, Star Atlas uses two in-game tokens, ATLAS and POLIS. Players sign up to one of three fractions in a future universe. Together, they can build, mine for resources, explore, and trade. It's a fantasy role-playing game with great visuals.

One of the off-putting things about a game like Axie Infinity is you need to own three Axie non-fungible tokens (NFTs) to participate. That was one thing when the cheapest Axie cost $10. But at the height of Axie's popularity, they cost upwards of $200 . You'd have had to spend at least $600 just to get started. And it's not only Axie; there are various games where you have to pay to get involved.

Gaming guilds let people who don't want to splash out that kind of cash sign up and borrow the items they need. The guild buys assets in various games and lends them out to members. The members can then play using those assets and pay the guild a cut of any in-game earnings. There are several of these guilds out there, but Yield Guild is one of the more established. They are an interesting facet of the play-to-earn gaming sector.

NFTs are the building blocks of blockchain gaming. Think of them as a form of digital ownership -- whether it is for a piece of land, an outfit for your avatar, or an in-game item like a sword.

Many NFTs are built on Ethereum (ETH) , but with gas fees of up to $100, the NFT business can get expensive. One way around this is to use a layer 2 -- something that sits on top of the existing blockchain to improve its performance. Immutable X is an NFT-focused layer 2 solution that works with Ethereum. It promises zero gas fees and carbon neutral NFT creation.

Enjin is all about NFTs. It makes it easy to create, buy, sell, and store NFTs. In terms of gaming, Enjin lets people create NFTs that can be traded between games. That's one of the exciting aspects of blockchain gaming -- before, you might spend hours playing a game but the points or items you earned would be worthless when you stopped playing the game. Now, blockchain gaming lets people sell those assets or transfer them to other games.

Gaming cryptos can be unpredictable

One big challenge for GameFi investors in the U.S. is many gaming cryptos are not listed on major U.S. exchanges , especially the newer games. Some investors use decentralized exchanges so they can access more tokens. But make sure you understand the risks involved before you go that route, as there are fewer investor protections.

A broader issue for all crypto gaming investors is there are hundreds of gaming tokens out there. Inspired by the huge returns of Gala Games and Axie Infinity, play-to-earn games are flooding the market. There are a few ways investors can deal with this:

As always with cryptocurrency investing, only invest money you can afford to lose. There could be significant upside in blockchain gaming, but there are still a lot of unknowns about how this sector will develop. If you keep your crypto investments to a small percentage of your portfolio and don't use money you need for other financial goals, you won't face financial ruin if the market collapses.

Buy and sell cryptocurrencies on an expert-picked exchange

There are hundreds of platforms around the world that are waiting to give you access to thousands of cryptocurrencies. And to find the one that's right for you, you'll need to decide what features matter most to you.

To help yo u get start ed , our independent experts have sifted through the options to bring you some of our best cryptocurrency exchanges for 2021 . Check out the list he re and get started on your crypto journey, today.

Strong price performance from these three large-cap tokens has investors excited about the near-term prospects of this sector.
STOCKS・1 DAY AGO
The Motley Fool

How Bad Are Things for Meta Platforms Right Now?

Meta Platforms' stock price is down roughly 50% from its 52-week high.
MARKETS・13 HOURS AGO
The Motley Fool

Crypto's 24/7 status can sometimes be a good thing.
STOCKS・2 HOURS AGO

Which beaten-down fintech stock is a better turnaround play?
STOCKS・6 HOURS AGO
The US Sun

MILLIONS of Americans are set to receive Social Security checks worth up to $1,657 tomorrow. The cash boost will come just 48 hours before Supplemental Security Income payments, worth up to $841, are set to land in around eight million bank accounts on April 29. Seniors with birthdays on the...
BUSINESS・25 DAYS AGO
dailyhodl.com

Silk Road founder Ross Ulbricht is forfeiting billions of dollars worth of Bitcoin (BTC) and other crypto assets to the US government. According to a new court filing, Ulbricht will relinquish any claim to over 69,000 BTC and undisclosed amounts of Bitcoin Gold (BTG), Bitcoin SV (BSV) and Bitcoin Cash (BCH) worth a combined $3 billion as part of a settlement.
PUBLIC SAFETY・26 DAYS AGO
electrek.co

As part of a lawsuit between shareholders and Elon Musk regarding his “funding secured” tweet, new text messages and emails between Musk and people involved have been released. The communications pretty much confirmed how most people saw the situation: Elon Musk took a meeting with the head of...
BUSINESS・26 DAYS AGO

It may not be as scary as homeowners expect.
REAL ESTATE・2 DAYS AGO
Entrepreneur

Dorsey, who was CEO of the company until November 2021, took to the platform to pen his thoughts on the new changes.
BUSINESS・25 DAYS AGO
inputmag.com

You could make even more with several of the stocks continuing to soar this year.
STOCKS・14 HOURS AGO
The Motley Fool