Marijuana stocks flat-out floundered in 2021. Shares of almost every major multistate operator (MSO) and Canadian licensed producer (LP) took a haircut in excess of 30% last year. In fact, a fair number of top cannabis operators lost well over half of their value in 2021. The key overhang for both MSOs and Canadian LPs alike is the slow pace of marijuana legalization at the federal level in the United States.

Even though President Biden's campaign promised major cannabis reforms, his administration maintained silence on this hot-button issue during the whole of 2021. Making matters worse, the top echelon of Canadian licensed producers all badly missed their own internal financial targets throughout 2021, thanks to stiff competition, changing consumer preferences, lower profit margins, the lack of development in key foreign markets, and poor execution. 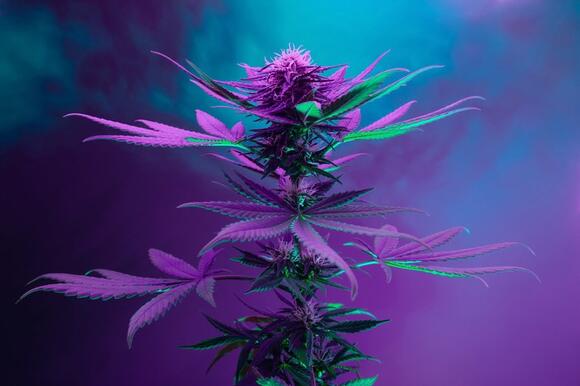 Despite these hurricane-force headwinds, there are a few hidden gems in the beaten-down cannabis space worth buying. Here are my top two marijuana stock picks for 2022.

The largest MSO by sales

Curaleaf Holdings (OTC: CURLF) is the largest MSO in the U.S. in terms of annual sales. The company operates in 23 states and has a growing international footprint. Keeping with this theme, Curaleaf's top line rose at a compound annual growth rate of 219% from 2017 to 2020. What's more, Wall Street expects the company's annual sales to surpass $1.6 billion in fiscal 2022 , putting it on track to potentially achieve profitability on a recurring basis within the next fiscal year.

From a valuation standpoint, Curaleaf's shares are dirt cheap right now, with the stock trading at a tad over 4 times 2022 projected sales. That's a downright bargain for a top growth stock. Despite this attractive valuation, though, the company's shares are locked into a long downward trend at the moment. Its stock price has fallen by nearly 50% over the prior 12 months. This is one falling knife, however, that may be worth catching.

The big picture is that Curaleaf is poised to become a dominant player in the ultra-high-growth global cannabis scene within the next two to three years. And it's among the few cannabis companies in the world that ought to be cash flow positive on a consistent basis within a reasonable time frame.

New Brunswick-headquartered OrganiGram (NASDAQ: OGI) is one of the only major Canadian LPs to grow its market share of late. The company announced during its 2022 fiscal first-quarter earnings presentation that its share of the recreational cannabis market in Canada rose to an impressive 7.6% over the three-month period. Moreover, OrganiGram said it expects this figure to rise to more than 8% in the coming months. This next leg up is projected to stem from the company's recent acquisition of Quebec-based craft cannabis company Laurentian.

OrganiGram's laser-like focus on producing top-quality cannabis in state-of-the-art facilities is clearly paying dividends. While most of its peers have attempted to buy market share by acquiring domestic and international competitors, OrganiGram has doubled down on quality. The net result is that the company now sports the No. 1 position in the all-important dried flower category in Canada, and it has been making significant gains in other important product categories such as edibles. OrganiGram now holds the No. 4  position in terms of market share for recreational use cannabis among Canadian LPs. That's an impressive feat for a company valued at a mere fraction of its closest competitors.

Why is OrganiGram's stock a screaming buy right now? Apart from its healthy levels of revenue growth and rising market share, OrganiGram stands out as a top buyout candidate. The long and short of it is that the biggest Canadian LPs desperately need to boost their top lines to achieve profitability. OrganiGram, with its best-in-class product portfolio, would definitely help on that front.

MILLIONS of Americans are set to receive Social Security checks worth up to $1,657 tomorrow. The cash boost will come just 48 hours before Supplemental Security Income payments, worth up to $841, are set to land in around eight million bank accounts on April 29. Seniors with birthdays on the...
BUSINESS・29 DAYS AGO
The Motley Fool

New home sales in April came in weaker than expected.
STOCKS・21 HOURS AGO
The Motley Fool

If you're getting a home inspection, be on the lookout for this important contract term.
REAL ESTATE・2 DAYS AGO
The Motley Fool

And why this could be a buying opportunity for long-term investors.
STOCKS・23 HOURS AGO
The Motley Fool

Sometimes, companies you've never heard of can take your portfolio to the next level.
STOCKS・36 MINUTES AGO
The Motley Fool

Despite the market sell-off, these biotech stocks have held up exceptionally well.
STOCKS・2 HOURS AGO
The Motley Fool

It's just a really bad time to buy.
REAL ESTATE・1 DAY AGO