Novak Djokovic saga in Australia not good for anyone, says Andy Murray 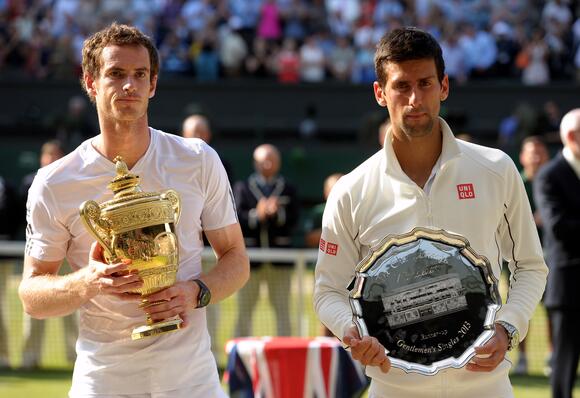 One of the most extraordinary episodes in tennis history ended with the Federal Court of Australia upholding the decision of the country’s Immigration Minister to cancel Djokovic’s visa for a second time.

The nine-time Australian Open champion found himself in a fight with the government from the moment he landed in Melbourne last week as a political storm raged over an exemption allowing him into the country despite being unvaccinated against coronavirus.

Now he is heading home, leaving the rest of the players and the tournament to try to bring the focus back to tennis.

Giving his reaction, Murray told the BBC: “Novak is someone I have known since we were 12 years old, he is someone who I respect and have competed against. I don’t like he is in this situation and I don’t like he has been in detention.

“The situation has not been good all round for anyone. Hopefully, from all sides, from the tournament and from Novak, we can make sure this doesn’t happen at any other tournaments and that something is in place ahead of time.

“It feels everything here happened extremely last minute and that’s why it became such a s***show.”

Sympathy for Djokovic has been in short supply from both the Australian public and his fellow players, many of whom were reluctant to get vaccinated but did so anyway.

He has found an unlikely ally in Nick Kyrgios, who has been a fierce critic of the 34-year-old on other matters but turned his ire on his country for its treatment of Djokovic.

Kyrgios reacted to the result with a facepalm emoji on Twitter.

France’s Alize Cornet wrote: “I know too little to judge the situation. What I know is that Novak is always the first one to stand for the players. But none of us stood for him. Be strong @DjokerNole.”

Djokovic founded the Professional Tennis Players’ Association in 2020 alongside Canadian Vasek Pospisil as an organisation to represent solely the players.

The verdict brought support from some of his allies, with John Isner saying on Twitter: “Nole always has and always will be class. He’s an absolute legend in my book that has brought so much good to millions around the world. This isn’t right.”

Pospisil added: “There was a political agenda at play here with the elections coming up which couldn’t be more obvious. This is not his fault. He did not force his way into the country and did not “make his own rules”; he was ready to stay home.”

Australia is the first country to require mandatory vaccination of players but it will not be the last and, when the dust settles, the big concern within the sport will be to ensure this situation is never allowed to happen again.

Former British number one Greg Rusedski wrote on Twitter: “This whole mess with Novak could have easily been avoided.

“If the Australian Open and Victorian Government would have said no medical exemptions are allowed to participate @AustralianOpen. You have to be double vaaxed or you cannot participate. Why did this not happen?”

Henry Arundell’s attacking instincts have drawn a comparison with Australia great Matt Giteau after Eddie Jones picked the London Irish flyer for the first time.Arundell has been fast-tracked into England’s 36-man training squad that will gather in London for three days from Sunday to make initial preparations for the 19 June appointment with the Barbarians.The 19-year-old has impressed through his devastating running from full-back that has produced length-of-the-field tries for Irish and England Under-20 in what is his debut season.Twelve appearances for the Exiles, only five of them starts, have offered enough evidence for Jones to place him in contention...
RUGBY・3 HOURS AGO
The Independent

The witness box of Court 13 is far from the only box into which Wayne Rooney has made a well-timed late arrival, and the results were typically devastating. Manchester United and England’s record goalscorer was the penultimate witness in his wife’s defence, and though we can’t know yet, it’s quite possible he’s decided the game.In the latter stages of their careers, once-rampaging attackers like Rooney have to learn to play a little bit smarter. Their all-action days are over. They can’t always track back. Instead they must conserve their energy, wait for the moment, and then, wallop! They pounce.Which is...
SOCCER・37 MINUTES AGO
The Independent

The Duke of Cambridge has praised football player Jake Daniels for publicly coming out as gay.In a post shared to Twitter on Tuesday 17 May, Prince William hailed the Blackpool FC forward’s courage and said he hopes the athlete’s announcement will help tackle stigmas around sexuality.“Football should be a game for everyone,” William said. “What Jake has done takes courage and will hopefully help break down barriers that have no place in our society.”“I hope his decision to speak openly gives others the confidence to do the same.”Football should be a game for everyone. What Jake has done takes courage...
SOCIETY・1 HOUR AGO