Most investors will eventually get to the stage in life where steady income matters a lot more than sizzling growth. And their approach to picking stocks will need to change.

The good news is that there are plenty of stocks that are well-suited for generating income. Some of them even offer an opportunity for growth as well. Here are three top dividend stocks to buy now. 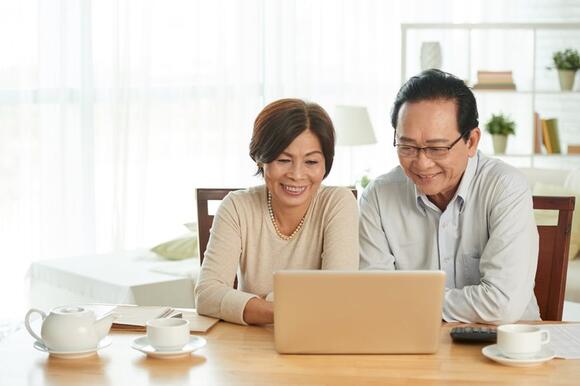 You won't find a stock in the S&P 500 that offers a dividend yield of 8% -- other than Devon Energy (NYSE: DVN) . And even Devon might not appear to have such a juicy yield at first glance.

That's because the oil and gas producer pays two dividends. Devon's fixed dividend has a yield of less than 1%. However, the company also pays a variable dividend using its excess free cash flow. Combined, the two dividends currently provide a yield of around 8%.

The obvious question is: Can Devon keep its dividend at these lofty levels? I think the answer is a resounding "yes" at least over the near term. The company expects cash flow to increase 35% year over year in 2022. If oil prices rise, Devon's prospects will be even better.

Devon's shares skyrocketed nearly 179% last year. Don't think that the stock is destined to fall after those gains, though. Devon remains attractively valued compared to its peers in the S&P 500. Wall Street analysts' consensus price target reflects a modest upside from the current share price.

Both stocks reflect the same underlying business. And both stocks should have solid growth prospects over the coming years. More countries and companies are committing to drastically reducing their carbon emissions. Renewable energy sources, including wind, solar, and hydroelectric, will be critically important in achieving those goals.

Brookfield Renewable is well-positioned to benefit from these efforts to slash carbon emissions. The company's development pipeline features more than 31 gigawatts of capacity. That's over 150% greater capacity than Brookfield Renewable currently has.

Look for increasing dividend distributions as well. Brookfield Renewable has increased its distribution by a compound annual growth rate of more than 6% since 2010. The company expects to grow its distribution between 5% and 9% annually over the long term.

Pfizer (NYSE: PFE) offers a dividend yield north of 2.8%. That's well below historical levels over the past three years where the drugmaker's yield topped 4%. But Pfizer's shares soared 60% in 2021. Its dividend yield inevitably declined despite the company's 11th consecutive year of dividend increases.

You won't have to worry about Pfizer's dividend payout declining anytime soon. The company continues to generate tremendous cash flow thanks to a strong lineup of products.

There's also good reason to believe that Pfizer stock will be a surefire winner in 2022 . Demand should remain strong for Comirnaty, the COVID-19 vaccine marketed by Pfizer and its partner, BioNTech . Pfizer also is poised to make billions of dollars from its new COVID-19 pill Paxlovid.

The company's fortunes aren't totally driven by its coronavirus programs, though. Pfizer has four other blockbuster products that delivered double-digit percentage growth in its latest reported quarter. Its pipeline and business development deals should also fuel additional growth in the coming years.

10 stocks we like better than Devon Energy
When our award-winning analyst team has a stock tip, it can pay to listen. After all, the newsletter they have run for over a decade, Motley Fool Stock Advisor , has tripled the market.*

They just revealed what they believe are the ten best stocks for investors to buy right now... and Devon Energy wasn't one of them! That's right -- they think these 10 stocks are even better buys.

These stocks have great long-term prospects.
STOCKS・13 HOURS AGO

All indications are that home prices cannot continue to rise at the current rate.
BUSINESS・1 DAY AGO
The Motley Fool

It's advice worth taking right now.
STOCKS・12 HOURS AGO
The Motley Fool

Warren Buffett's approach could keep your money safer amid volatility.
STOCKS・2 DAYS AGO
The Motley Fool

These stocks are cheap after an unmerciful beatdown.
STOCKS・12 HOURS AGO