Liverpool vs Brentford prediction: How will Premier League fixture play out today? 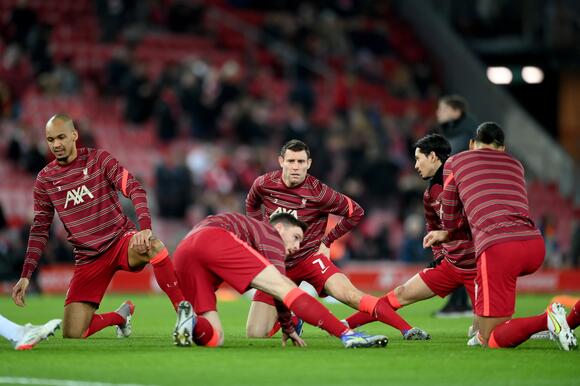 Liverpool welcome Brentford to Anfield this weekend and will be hoping to secure a win despite missing their Africa Cup of Nations trio.

The last time the two sides met, it was a thriller. The Premier League new boys fought toe to toe with the Reds in a game which finished three goals apiece.

FOLLOW LIVE: Team news and all the match action as Liverpool host Brentford

It was a great example of what Brentford are about under Thomas Frank , who will be hoping his side can replicate a similar performance.

Liverpool, with only a few days rest from their Carabao Cup game with Arsenal , will be needing a win to keep their title hopes alive.

Here’s all you need to know ahead of the game.

The game kicks off at 2:00pm GMT on Sunday 16 January at Anfield.

Unfortunately, the match is not being televised live in the UK, but highlights will be available shortly after full-time and later on Match of the Day on BBC 1.

Brentford will be going to Anfield full of belief, knowing the home side are without some of their key players. However, Liverpool’s know-how should prove enough to edge a closely fought encounter. Liverpool 2-1 Brentford

Antonio Conte said he would have thought Daniel Levy was joking had the Tottenham chairman made qualifying for the Champions League a target when he was appointed.The Italian arrived at Spurs in November and was left to pick up the pieces of Nuno Espirito Santo’s ill-fated short stay which saw them heading towards mid-table mediocrity.For a long time, Conte said reaching the top four was a pipe dream as his side battled with wild inconsistency, before eventually accepting it was possible as form and results improved as the season progressed.They are now in pole position to book a return to...
SAN ANTONIO, TX・8 HOURS AGO
The Independent

Ralf Rangnick may not have brought much to Manchester United but he has at least lent a disarming honesty. Supporters who did not appreciate results and performances could at least appreciate a willingness to tell it like it is, though a number of his players probably didn’t. If some of his predecessors at Old Trafford – a certain supposedly special Portuguese individual, in particular – played the blame game, Rangnick believes in looking in the mirror first.His verdict on his time at Old Trafford was not an attempt to duck responsibility. “We could all have done better, including myself. We...
PREMIER LEAGUE・8 HOURS AGO

Tammy Abraham set a new scoring record for an English player in a single Serie A season as Roma secured Europa League qualification with a 3-0 win at Torino.Abraham’s first-half double took his league tally to 17, eclipsing the 16 goals Gerry Hitchens scored for Inter Milan in 1961-62.Roma play Dutch side Feyenoord in the final of the Europa Conference League on Wednesday.🐺 @ASRomaEN wins and get a spot in #EuropaLeague 🔥🇪🇺#TorinoRoma #SerieA💎 #WeAreCalcio pic.twitter.com/2GQ6pZuBnf— Lega Serie A (@SerieA_EN) May 20, 2022But Jose Mourinho’s side could not afford to relax with a top-six place to be claimed.Andrea Belotti went close...
SOCCER・8 HOURS AGO