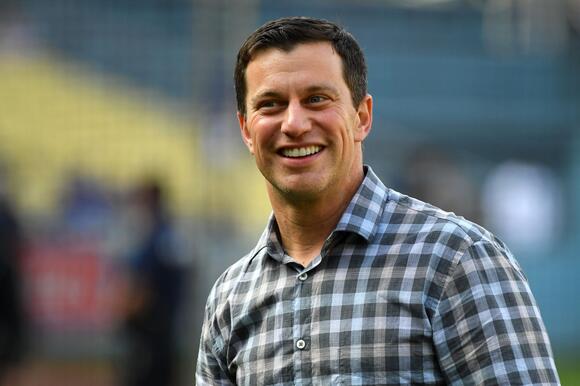 The Dodgers opened baseball’s international signing period Saturday by making two highly regarded additions to their farm system in 17-year-old prospects Samuel Munoz and Accimia Morales, according to a person with knowledge of the signings.

Even though the Dodgers had what was tied for the league’s smallest pool of international signing money this year, Munoz and Morales headline a class that is expected to include more than 30 new players.

Munoz, a left-handed hitter from the Dominican Republic, was ranked as the seventh-best overall prospect available in this year’s international class by MLB Pipeline, which projected him to develop into a power hitter with enough athleticism defensively to eventually play in either in the infield or outfield.

Morales, a right-handed pitcher from Venezuela, was the No. 37 overall prospect, becoming the latest in a growing list of Venezuelan products to join the Dodgers in recent international signing periods.

The previous three years, the team had signed the country’s top-ranked prospect, starting with the addition of catcher Diego Cartaya — now considered to be the club’s top prospect — in 2018.

Morales was the 13th-ranked Venezuelan player this year. Seven of the 15 total players who had already agreed to a deal with the Dodgers as of Saturday afternoon are from Venezuela, according to Baseball America .

The Dodgers only had about $4.64 million in signing pool money to use in the international period this year, tied with the Toronto Blue Jays for the lowest among MLB clubs (other teams had pools ranging from $5.1 million to almost $6.3 million). The Dodgers lost $500,000 from their pool as a penalty for signing Trevor Bauer last offseason because he was a free agent who had rejected a qualifying offer from his previous team.

This year marked the second straight international signing period to begin in mid-January, as opposed its traditional start date in July, a change originally prompted by the COVID-19 pandemic.

Because there are no major league contracts involved, MLB’s current lockout did not impact the opening of this year’s period, which will run until mid-December.

Trea Turner was taken by surprise when the Dodgers acquired him last July, but in his first return to Washington, D.C., he is pleased with his new home.
LOS ANGELES, CA・9 HOURS AGO
Los Angeles Times

Blake Treinen agrees to Dodgers contract extension, but will he pitch again in 2022?

Blake Treinen agrees to a one-year contract extension with the Dodgers, but it's unclear if the injured reliever will pitch again this season.
LOS ANGELES, CA・2 DAYS AGO
Los Angeles Times

Pitcher Tyler Anderson flirted with a perfect game as the Dodgers routed the Nationals 10-1 on Monday in Washington.
LOS ANGELES, CA・20 HOURS AGO
Los Angeles Times

A costly error by second baseman Max Muncy allows the Philadelphia Phillies to score two runs in a walk-off win over the Dodgers in the 10th inning.
LOS ANGELES, CA・2 DAYS AGO

All NFL teams are footing the bill for St. Louis' controversial suit against Rams

The Rams and NFL paid $790 million to settle a suit with St. Louis over the team's relocation to L.A., and every team is helping to foot the bill.
INGLEWOOD, CA・3 HOURS AGO