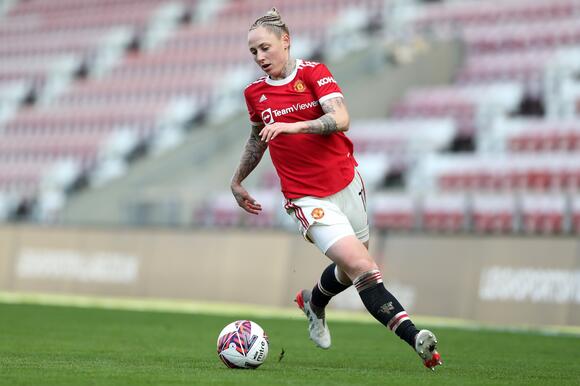 Manchester United denied Birmingham City two wins on the bounce as they claimed a dominant 5-0 win in the Women’s Super League on Saturday.

Birmingham came into the match off the back of a huge upset over league leaders Arsenal, but United made sure they didn’t have the same fate and came out firing.

Marc Skinner’s side were 3-0 up after 20 minutes thanks to goals from captain Katie Zelem and Leah Galton, before the afternoon went from bad to worse for the visitors as Emily Ramsey hit in an own goal and Alessia Russo added a fifth with a strike of her own.

Meanwhile, Manchester City extended their winning run with a 3-0 victory over Aston Villa . Gareth Taylor’s side had their worst start to a WSL season this campaign but look to have shaken off their poor form and have bounced back with four consecutive league wins.

Georgia Stanway fired home in the opening five minutes and Vicky Losada doubled their lead before half-time. England star Stanway added another in the 75th minute to secure the three points. 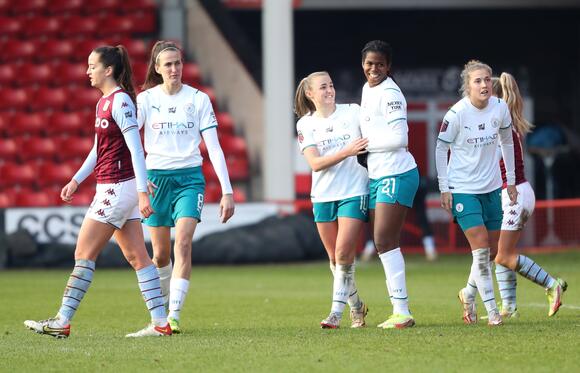 Defending champions Chelsea’s match at Everton was called off due to Covid cases and injuries in the hosts’ squad. The latest postponement means the Blues haven’t played a match since mid-December.

Arsenal’s match against Reading has also has been rescheduled due to Covid and injuries.

Liverpool boss Jurgen Klopp has been named League Managers’ Association Manager of the Year and also collected the Premier League award at a gala dinner in London on Tuesday evening.The Reds won both the Carabao Cup and FA Cup after beating Chelsea following a penalty shoot-out at Wembley on each occasion – but saw Manchester City finish a point ahead of them to claim the Premier League title on a dramatic final day of the campaign.Liverpool will aim to add the Champions League trophy to their haul when they meet Real Madrid in Paris on Saturday.Congratulations to @LFC Manager Jürgen...
PREMIER LEAGUE・2 HOURS AGO
Futbol on FanNation

The message had not been intended for broadcast.
PREMIER LEAGUE・28 MINUTES AGO

Nine-time Wimbledon champion Martina Navratilova has expressed her bemusement at talk star players may snub the Championships this summer due to the lack of ranking points.It was confirmed on Friday the WTA and ATP would not offer any points for the All England Club tournament after Wimbledon chiefs made the decision to ban Russian and Belarusian players from competing due to the war in Ukraine.Former world number one Naomi Osaka hinted on Monday she may skip the third grand slam of the season while even Briton’s Cameron Norrie conceded the Championships had been reduced to “almost an exhibition”.“First of all...
TENNIS・2 HOURS AGO