Refinance Demand Plunges 50% Year Over Year. These Are Some of the Reasons Why 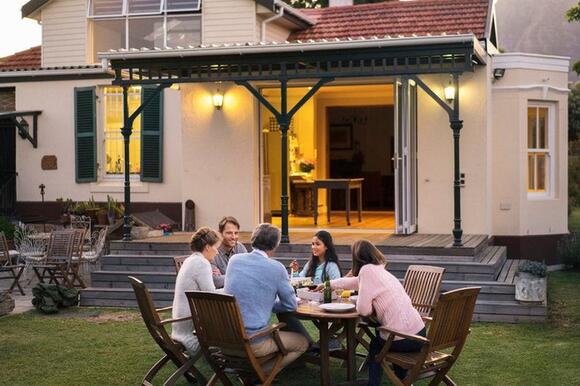 Refinancing a mortgage is a great way to eke out monthly savings. By lowering the interest rate on your home loan, you can slash your housing costs and free up money for other things. And given that inflation is making everyday living costs so much more expensive, that's a smart thing to consider.

But these days, the demand for refinances isn't all that high. The Mortgage Bankers Association reports that for the week ending Jan. 7, refinance demand was 50% lower than it was a year prior. And while there are different factors that could be lending to that trend, here are a few likely causes.

On a historical basis, mortgage rates are currently sitting at competitive levels. But they're already higher compared to where they were last year, and that may be spooking borrowers. This especially applies to those who already have relatively low rates on their existing loans.

Generally, your goal in refinancing should be to shave about 1 percentage point or more off of your loan's interest rate. The reason is you'll pay closing costs to swap an existing home loan for a new one, so you'll need to eke out enough savings to make those fees worthwhile. But the more refinance rates climb, the less enticing they'll be.

2. Borrowers' plans may be up in the air

Because you're required to pay closing costs to refinance, it's important to stay in your home long enough to come out ahead financially. Say you're charged $4,000 in closing costs for a new mortgage that shaves $200 off of your monthly payments. While that's a nice amount of money to save, it'll take 20 months to break even after paying your closing costs. If you're not sure you'll stay in your home that long, then refinancing becomes a risk.

Although the U.S. economy is fairly strong, we're in a generally precarious state right now due to inflation and the omicron surge . A lot of borrowers may be in a position where they're not rushing to refinance because their plans just aren't so firm.

3. A lot of people refinanced already

When mortgage rates started plunging in mid-2020, many people rushed to refinance. This recent decline in demand can also be explained by the fact a lot of borrowers have already gotten new home loans since the start of the pandemic, and therefore don't need to go through that process again.

If you've yet to refinance your mortgage, going that route could be a good idea. But before you do, ask yourself:

Refinancing could be a great way to save money on housing costs, and even though today's rates are higher than they've been recently, they're still relatively low. It's important to make sure getting a new mortgage is the right decision given the factors above.

A historic opportunity to potentially save thousands on your mortgage

Chances are, interest rates won't stay put at multi-decade lows for much longer. That's why taking action today is crucial, whether you're wanting to refinance and cut your mortgage payment or you're ready to pull the trigger on a new home purchase.

Our expert recommends this company to find a low rate - and in fact he used them himself to refi (twice!).

We're firm believers in the Golden Rule, which is why editorial opinions are ours alone and have not been previously reviewed, approved, or endorsed by included advertisers. The Ascent does not cover all offers on the market. Editorial content from The Ascent is separate from The Motley Fool editorial content and is created by a different analyst team.The Motley Fool has a disclosure policy .

All indications are that home prices cannot continue to rise at the current rate.
BUSINESS・2 DAYS AGO
The Motley Fool

Home Buyers May Finally Be Saying No to Sky-High Prices

It's about time.
REAL ESTATE・22 HOURS AGO
The Motley Fool

It pays to check these off your list -- and soon.
REAL ESTATE・1 HOUR AGO
The Motley Fool

We'd likely be in a very different place.
BUSINESS・21 HOURS AGO

This REIT Sees a $3.9 Trillion Opportunity Open for the Taking

The REIT has an enormous growth runway.
REAL ESTATE・2 DAYS AGO
The US Sun

MILLIONS of Americans are set to receive Social Security checks worth up to $1,657 tomorrow. The cash boost will come just 48 hours before Supplemental Security Income payments, worth up to $841, are set to land in around eight million bank accounts on April 29. Seniors with birthdays on the...
BUSINESS・27 DAYS AGO
The Motley Fool

Brookfield Renewable is on course to become the ExxonMobil of the clean energy industry.
ENERGY INDUSTRY・2 DAYS AGO

Following This Dave Ramsey Tip Could Wreck Your Finances

It's advice that may not work for you.
PERSONAL FINANCE・2 DAYS AGO
The Motley Fool

CEO of MicroStrategy, Michael Saylor, said in a broadcast interview that the current crypto winter will accelerate crypto regulation and showcase Bitcoin's digital supremacy.
MARKETS・2 DAYS AGO
The Motley Fool