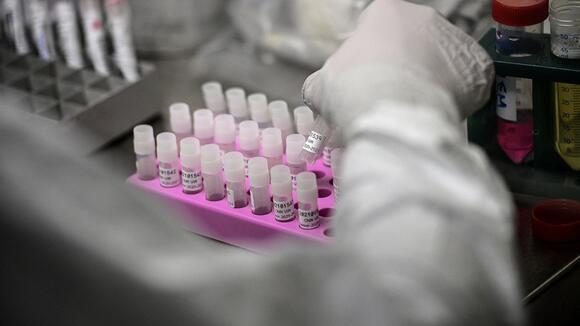 (NEXSTAR) — Just when it feels like there’s some positive news in the fight against COVID-9, a new variant rears its ugly head, sending case numbers and hospitalizations soaring. But does that mean the previous variant is no longer a concern?

Well, maybe — but not necessarily, according to experts.

The ongoing COVID-19 health crisis, first declared a global pandemic by the World Health Organization back in March 2020, began following the discovery of SARS‑CoV‑2, new type of coronavirus. As the months wore on, new variants began to emerge, the most concerning of which included alpha, beta and delta, among a few others. And most recently, the omicron variant has become dominant in the U.S., outpacing delta within only a few months of the first detected cases.

IHU: What to know about the latest variant being monitored by WHO

Hamer, however, acknowledges that earlier variants of concern (VOC), like alpha, beta or gamma, may still be circulating in places where “sequencing isn’t routine.” But in the U.S., where genome sequencing is more common, variants other than delta or omicron are barely detected. In fact, the CDC’s latest update on variant proportions in the U.S. indicates that earlier variants account for 0% of current cases .

Should we stop sweating the previous variants, then?

“We still worry about the previous ones in the short or mid-term,” warns Dr. Jorge Luis Salinas, a hospital epidemiologist of the Stanford University School of Medicine and a co-medical director at Stanford Healthcare. “It’s possible that they could come back around or in a derivative form.”

As Salinas explains, the variants that create public health concerns have “evolutive advantages” over previous ones, perhaps resulting in increased transmissibility, more severe illnesses or the ability to evade vaccine protections.

“It’s more likely that novel variants are going to rise, that have even more mutations, that make the virus more fit to spread,” Hamer says.

“Usually, it’s sort of the old strain that evolves, or evolves further, but It never really goes back to where it came from.”

The two men accused of killing a Kentwood man at an ATM late Tuesday were both armed with guns as they walked up to either side of his pickup, court records show.
GRAND RAPIDS, MI・21 HOURS AGO
WOOD TV8

There was a shooting at the McDonald's on Stadium Drive near S Drake Road in Kalamazoo Thursday, police say.
KALAMAZOO, MI・1 DAY AGO
WOOD TV8

Police have released the names of a woman and man killed in a murder suicide that happened on Saturday.
MUSKEGON, MI・2 DAYS AGO
BGR.com

A massive crater known as the “mouth to hell” began opening in the 1960s. Now, over 60 years later, the crater continues to grow, swallowing everything in its path. The most worrying part, though, is that scientists have no idea how to stop it. Russia’s “mouth to hell”...
SCIENCE・2 DAYS AGO

TIME is fast running out for Americans to receive a one-time $1,000 cash payout. There are only six days left for some qualifying US residents to apply for rebates and economic aid available as early as this summer, even if they did not file an income tax return. The New...
PERSONAL FINANCE・2 DAYS AGO
Daily Mail

In another setback for the budding, yet controversial, telehealth mental health company Cerebral, it now will no longer have its prescriptions filled by CVS and Walmart - two of the largest retail pharmacies in America. It has been a turbulent month for the San Francisco, California-based, company so far, with...
ECONOMY・1 DAY AGO
Fatherly

It's Not Just Jif: 7 More Brands Affected By Jif's Major Recall. Here's What & Why

Last week, the U.S. Food and Drug Administration (FDA) announced a recall of certain products manufactured by the Jif peanut butter brand after 14 people in 12 states became ill from salmonella poisoning which was linked back to the J.M. Smucker Company facility in Lexington, Kentucky, where Jif peanut butter is manufactured.
LEXINGTON, KY・1 DAY AGO
WOOD TV8

Man convicted of murder in 2020 shooting

A Kent County jury has found a man guilty of shooting and killing another man in Grandville in 2020.
GRANDVILLE, MI・2 DAYS AGO

The head of the Food and Drug Administration faced bipartisan fury from House lawmakers Wednesday over months of delays investigating problems at the nation's largest baby formula plant that prompted an ongoing shortage.
U.S. POLITICS・2 DAYS AGO
WOOD TV8

A man accused of injuring a woman in a Newaygo-area shooting in 2021 has pleaded no contest to charges.
NEWAYGO, MI・3 DAYS AGO
WOOD TV8

Authorities released the name of the person killed in a shooting in Grand Rapids earlier this week.
GRAND RAPIDS, MI・1 DAY AGO
WOOD TV8

It took more than three centuries, but the last Salem “witch” who wasn’t has been officially pardoned.
BOSTON TOWNSHIP, MI・22 HOURS AGO
WOOD TV8

At an event attended by the Floyd family and the family of Breonna Taylor, who was killed by police in Kentucky, Biden spoke of the order as a tangible result in response to nationwide protests in the summer of 2020 against police brutality and racial injustice.
PRESIDENTIAL ELECTION・2 DAYS AGO
WOOD TV8

The arrest of a man Florida this week for a cold case rape is the latest in series made possible by a Kalamazoo County investigative program that tests rape kits.
KALAMAZOO COUNTY, MI・2 DAYS AGO
WOOD TV8

A juvenile was taken into custody Thursday over a school threat in Newaygo, school officials say.
NEWAYGO, MI・1 DAY AGO
WOOD TV8

Grand Rapids will now allow fireworks to be set off to mark Juneteenth, which celebrates the emancipation of enslaved people.
GRAND RAPIDS, MI・1 DAY AGO
WOOD TV8