You don't need deep pockets to get started in investing or add to your current positions. Many brokerages now offer fractional-share investing, making it easier than ever to put small sums of money to work.

If you're on the hunt for a few smart stocks that have the potential to maximize the earning potential of $200, then consider what Apple (NASDAQ: AAPL) , Costco Wholesale (NASDAQ: COST) , and Upstart Holdings (NASDAQ: UPST) have to offer. 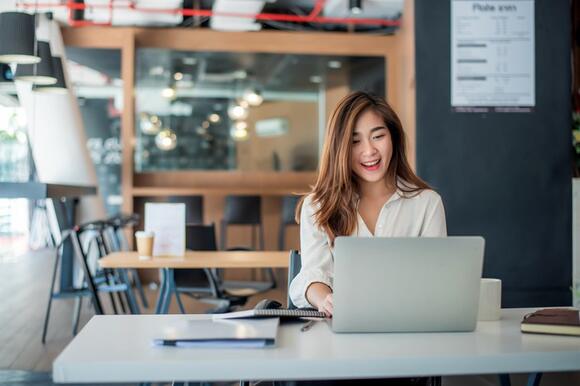 Apple: This tech giant still has avenues for growth

Some investors are tempted to ignore Apple because they believe the company is past its prime. But those investors are overlooking a few key ingredients that make Apple a very smart stock in which to invest $200.

First, consider the company's fantastic growth from its services business. Apple's services include everything from sales in its App Store to its premium subscriptions (Apple One, Apple News+, AppleTV+ Apple Music, etc.), and business is booming right now. In fiscal 2021, Apple's services revenue jumped 27% year over year. Just as impressive is the fact that this business enjoys gross margins of about 70%.

As impressive as the company's services growth has been, it's not Apple's only avenue for growth. The company has been rumored to be building its own augmented-reality (AR) device.

That pursuit may end up being a very lucrative one, as the tech world is beginning to focus its attention on the metaverse , a digital world where people can do things like play games, shop, and attend virtual events through digital avatars. Some estimates put Apple's AR-device shipments at 22 million by 2030, with the potential for the company's extended-reality devices to account for up to 20% of the company's revenue in less than 20 years.

All of the above make a strong case that putting $200 toward Apple's stock could be money very well spent in the coming years.

Costco: It does well no matter what's happening with the economy

Maybe tech stocks aren't your thing. I get it. Keeping up with the latest tech trends can be a lot of work. If that's the case for you, then Costco's stock may be of interest.

Costco is a warehouse-style retailer that makes some of its money selling a wide range of products at a discount, but it makes most of its money by selling annual memberships to people and businesses for the privilege of shopping at its stores. The membership total reached 61.7 million at the end of 2021 -- up 13% from just two years ago. All of the company's membership growth has been a boon to Costco's bottom line, with net income increasing 25% in fiscal 2021.

It also appears that Costco is on track to keep that membership-growth trend going. Costco added an additional 800,000 members in the most recent quarter (reported on Dec. 9).

Growing members is one thing, but in order for Costco to really make money from its membership, it has to make sure those members keep coming back year after year. The good news is that Costco's membership-renewal rate in the U.S. and Canada in the most recent quarter was a very impressive 91.6%.

Investors should also consider that Costo is one of those unique companies that has the opportunity to do well no matter what's happening with the economy. When things are good, the company has plenty of big-ticket items that it offers customers. And when the economy is struggling, many of its members turn to the wholesaler to find good deals on household products and food.

All of this has made Costco a no-brainer investment for many people. This is why investing a couple of hundred dollars into Costco's stock could end up being a wise decision.

Upstart Holdings has a huge market to grow into

The other stocks on this list are more stable investments, but if you really want that $200 to potentially grow as fast as it can, then consider putting it into a growth stock like Upstart. If you're unfamiliar with Upstart, this fast-growing company uses artificial intelligence (AI) to help customers get paired with lenders for personal loans and auto-refinancing loans.

An AI-powered loan originator may sound odd at first, but the company is successfully tapping into some very big markets. Upstart's management estimates that the company's total addressable market for personal loans is $81 billion and a staggering $672 billion for auto loans.

To take advantage of these huge opportunities, Upstart's AI looks beyond the traditional data points for pairing people with lenders, helping more customers get loans while also reducing the lending risks for banks. The company says that it has 75% fewer defaults at the same approval rates as major U.S. banks.

Upstart makes money primarily from banks, which pay it fees for referrals and loan originations. The result is that 92% of its revenue comes from institutions, a very stable source of sales.

The company has been a smashing success so far, with sales spiking 250% year over year and net income increasing 201% in the most recent quarter.

You should be aware that investing your $200 in Upstart is likely to come with an extra dose of stock price volatility, compared to buying Apple's or Costco's stock, but it also has the potential to grow that sum of money at a much faster pace.

They just revealed what they believe are the ten best stocks for investors to buy right now… and Apple wasn't one of them! That's right -- they think these 10 stocks are even better buys.

All indications are that home prices cannot continue to rise at the current rate.
BUSINESS・1 DAY AGO
The Motley Fool

The discount retailer provided its first-quarter earnings and an update for the year, and Wall Street didn't like what it saw.
STOCKS・2 DAYS AGO
inputmag.com

These stocks have great long-term prospects.
STOCKS・15 HOURS AGO

Warren Buffett's approach could keep your money safer amid volatility.
STOCKS・2 DAYS AGO
The Motley Fool

Brookfield Renewable is on course to become the ExxonMobil of the clean energy industry.
ENERGY INDUSTRY・2 DAYS AGO