Federal Reserve Chairman Jerome Powell recently confirmed that the central bank will be raising interest rates this year, and previous comments suggest that multiple rate hikes could be in the works. Rising interest rates have typically meant a much weaker backdrop for growth stocks, but there are also companies in the category that already trade at steep discounts and could be poised for big gains despite less favorable macroeconomic conditions.

With that in mind, a panel of Motley Fool contributors has profiled stocks that could still be capable of doubling before the year is out. Read on to see why they identified Fiverr International (NYSE: FVRR) , Pinterest (NYSE: PINS) , PayPal (NASDAQ: PYPL) , and MercadoLibre (NASDAQ: MELI) as stocks that could thrive through macroeconomic pressures and double in 2022. 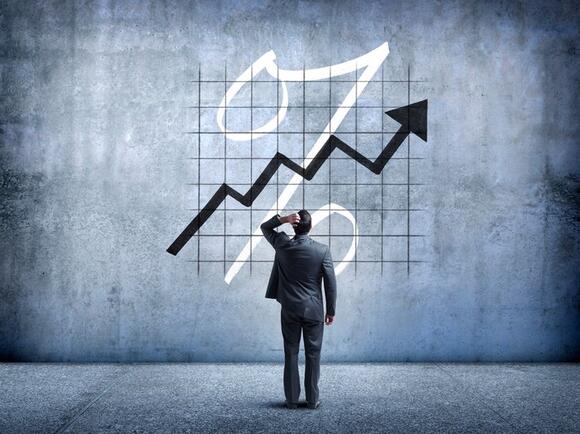 This beaten-down stock has huge upside

Keith Noonan (Fiverr International): Fiverr International provides an online marketplace for contract-based labor, and it's poised to play a big role in the rise of the gig economy . In addition to offering new work opportunities for individuals, hiring through Fiverr's platform can offer some big advantages for businesses. Compared to a full-time employee, hiring a remote worker on a contract basis cuts down on office expenses, payroll taxes, and employee benefits. It's this dynamic in particular that sets Fiverr up to be a stellar long-term performer.

With the Fed set to raise interest rates this year, the market is bailing out of companies that aren't close to posting profits or are highly reliant on debt to fund operations. The good news is that Fiverr doesn't fall into either of these categories.

The business actually posted a small adjusted profit in the third quarter, and its 42% year-over-year sales growth and 83.3% gross margin in the quarter point to huge earnings growth potential. The company also ended Q3 with roughly $145.6 million in cash and short-term assets against just $426,000 in long-term loans and other non-current liabilities.

Right now, Fiverr International is spending big on marketing and building out its technology platform, but it should be able to reduce its expenses as a percentage of sales amid strong momentum for the business. That should help facilitate a shift into delivering strong earnings growth. With the stock down roughly 55% over the last year and a staggering 75% from its 52-week high, Fiverr could conceivably double even if the Fed throws some curve balls.

Step into the market's mistaken sell-offs

James Brumley (Pinterest): To be clear, the average investor probably shouldn't specifically be aiming to double their money in any year, particularly if we're talking about using the bulk of a portfolio's value to take that swing. On the other hand, if it happens with a bit of your "funny money," so to speak, then it happens.

With that as the backdrop, I don't think the most viable way of turning $1,000 into $2,000 in 2022 is using leveraged instruments like equity options or leveraged exchange-traded funds like the ProShares UltraPro S&P 500 Fund . Rather, the saner and far more accessible means of bagging a home run this year is stepping into one of the stocks that the market needlessly beat down last year.

A prospect like Pinterest comes to mind. This stock was all the rage in 2020 when people were in lockdown due to the pandemic and bored out of their minds. Shares peeled back more than 60% from their early 2021 high, however, once investors realized they expected a little more monetization from this traffic surge than Pinterest was ready to produce at the time. The irony is, Pinterest has implemented several new initiatives in the meantime that should put the company on this path toward ramped-up revenue. Analysts are looking for revenue growth of 25% this year alone.

Pinterest isn't your only option of the ilk, of course. It's just an example. There are a bunch of solid companies behind miserably performing stocks for the past several months. You just have to go out and do a little digging.

Daniel Foelber ( PayPal and MercadoLibre): When thinking about what stock can double in 2022, it's important to understand just how difficult that is to accomplish. For example, the average annual return of the S&P 500 is only 8%. Doubling your money "normally" takes nine years. However, the S&P 500 has been way hotter since the financial crisis. In fact, the average return between 2009 and 2021 was 14.2% per year -- a 428% gain in total in that 13-year stretch.

I think it's never a good idea to pick a stock in the hopes that it doubles over the short to medium term. The stock market can be unpredictable in a year's time. For example, the three worst-performing sectors in the S&P 500 in 2020 were energy, real estate, and financials. The exact opposite happened in 2021 , when the average stock in the energy sector gained over 50%, real estate was the second-best performer at 46%, and financials were the third-best at 35%.

The lesson here is that chasing what's working one year and dumping what isn't is usually a great way to lose money. Sticking to companies that you understand and that have excellent long-term growth prospects reduces randomness. In terms of a best buy now, for me it's a high-quality industry-leading growth stock like PayPal or MercadoLibre. Both stocks are down 40% from their 52-week highs, but each business has incredible long-term potential . It's anyone's guess if either stock doubles this year. But I'm confident that both will double from their current prices at some point in the future.

10 stocks we like better than Fiverr International
When our award-winning analyst team has a stock tip, it can pay to listen. After all, the newsletter they have run for over a decade, Motley Fool Stock Advisor , has tripled the market.*

They just revealed what they believe are the ten best stocks for investors to buy right now... and Fiverr International wasn't one of them! That's right -- they think these 10 stocks are even better buys.

These stocks are cheap after an unmerciful beatdown.
STOCKS・2 DAYS AGO
The US Sun

MILLIONS of Americans are set to receive Social Security checks worth up to $1,657 tomorrow. The cash boost will come just 48 hours before Supplemental Security Income payments, worth up to $841, are set to land in around eight million bank accounts on April 29. Seniors with birthdays on the...
BUSINESS・28 DAYS AGO
The Motley Fool

It's advice worth taking right now.
STOCKS・2 DAYS AGO

And why this could be a buying opportunity for long-term investors.
STOCKS・10 HOURS AGO
The Motley Fool

Two of the legendary investor's recent purchases especially stand out.
STOCKS・18 HOURS AGO
The Motley Fool

These three businesses offer multibagger potential and could help fund an early retirement.
STOCKS・1 DAY AGO
The Motley Fool

Tesla no longer ranks as the largest position in Ark's flagship portfolio.
STOCKS・16 HOURS AGO
The Motley Fool

JPMorgan Chase increased its guidance earlier today and Bank of America's CEO had positive comments about the economy.
BUSINESS・1 DAY AGO
The Motley Fool

Want to Score an Extra $400 per Month From Social Security? Here's How.

One move could supercharge your monthly retirement income.
PERSONAL FINANCE・2 DAYS AGO
The Motley Fool

It offers the powerful combination of growth and dividends.
STOCKS・12 HOURS AGO
The Motley Fool

New home sales in April came in weaker than expected.
STOCKS・9 HOURS AGO
The Motley Fool