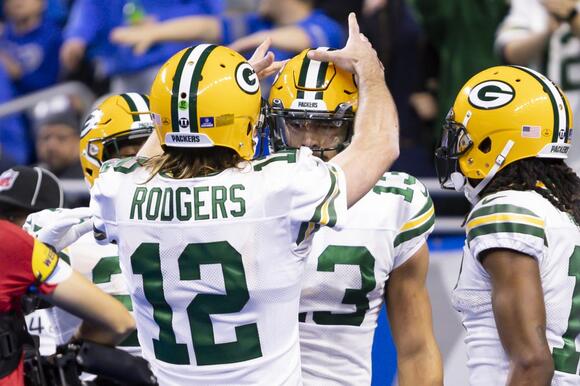 The regular season is in the books and the first 18-week schedule delivered plenty of crazy moments and NFL stats for fans to enjoy this season.

While history wasn’t made in a ton of record books this season, there are plenty of NFL stats that are wild to see. 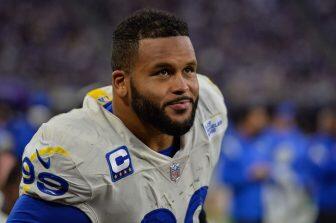 Green Bay Packers quarterback Aaron Rodgers holds the NFL records for career touchdown-interception ratio (4.83) and is the single-season leader (12.5-1) among passers with 500-plus attempts in a season. But the future Hall of Fame selection proved once again in 2021 why no other quarterback is on the same tier as him in this regard.

He got off to a slow start, throwing two interceptions and zero touchdowns in a Week 1 loss to the New Orleans Saints. Across his next 503 attempts, Rodgers tossed only two picks. The 38-year-old’s 37-4 TD-INT ratio is the third-best in NFL history among quarterbacks with 500-plus attempts and he holds the six highest single-season marks in that category.

The 2021 season also marked the third time he threw 35-plus touchdowns with five or fewer interceptions and every other quarterback in NFL history has combined for one season with that feat. One more stat, Matthew Stafford thew more INTs this season (17) than Rodgers (15) did in his last 64 games.

Indianapolis Colts record without a 100-yard game from Jonathan Taylor

The Indianapolis Colts traded a first-round pick and spent more than $24 million on Carson Wentz this season. Despite the massive investment into the quarterback, Indianapolis operated a run-heavy offense in 2021 with the fifth-highest rushing play rate (47.43%) in the NFL. It resulted in a great season for Taylor, but things went horribly when he fell short of the 100-yard mark.

Indianapolis finished the season with a 9-8 record, missing out on the playoffs because of a stunning Week 18 loss to the Jacksonville Jaguars. In that defeat, Taylor finished with just 77 rushing yards and never found the end zone. In the seven games Taylor finished under 100 rushing yards, the Colts posted an 0-7 record. Needless to say, they will be evaluating their quarterback options this spring. 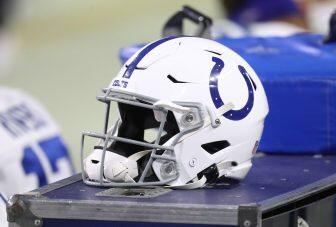 T.J. Watt tied the NFL’s single-season sack record (22.5), hitting the milestone in one fewer game than Michael Strahan. In the NFC, Robert Quinn set the Chicago Bears franchise record for sacks in a season (18.5) and he only played in 16-of-17 games. 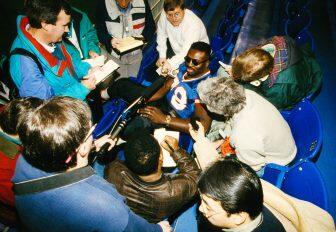 Let’s compare that to the Atlanta Falcons. Opponents attempted 577 passes against Atlanta’s defense in 17 games, considerably dropbacks than Watt and Quinn saw when they took the field. Despite that, the Falcons finished a 17-game season with only 18 combined sacks. Keep in mind, they paid Dante Fowler Jr. more than $10 million this season to finish with just 4.5 sacks. It’s evident what position the front office must address in the 2022 NFL Draft .

Kenny Golladay entered NFL free agency last offseason with a limited market. While teams were interested in signing him, inconsistency and durability issues led many general managers to make low-ball offers. Along came Dave Gettleman, signing Golladay to a $72 million contract to be the New York Giants No.1 receiver.

It may prove to be one of the worst free-agent signings in recent memory. In a pass-heavy league, 178 NFL players recorded a receiving touchdown this season and Golladay didn’t find the end zone once despite receiving 76 targets in 14 games.

Of those 178 players, seven were linemen with six of those playing on the offensive line. Among that special group with more touchdown dances than Golladay, Giants’ left tackle Andrew Thomas. It’s not all Golladay’s fault. He saw just two targets from inside the 10-yard line, fewer than the likes of Byron Pringle, Laquon Treadwell and Devonta Freeman.

Tom Brady’s dominance in his 40s

Everyone recognizes Tom Brady as the best player in NFL history. It’s certainly deserved considering there are strong arguments his career could be broken up into thirds and each stretch would warrant a Hall of Fame selection. Coming off an age-44 season that saw Brady lead the NFL in passing yards (5,316) and touchdowns (43), it’s worth looking at his absurd numbers in his 40s.

Everyone thought the Dallas Cowboys might compete for a playoff spot this season, but concerns regarding their defense kept them out of the Super Bowl conversation. Drafting Micah Parsons and hiring Dan Quinn as defensive coordinator changed everything. Heading into the NFL Playoffs .

According to ESPN’s Mike Clay, the Cowboys boasted the highest scoring differential improvement (+250) from 2020 to 2021. To put that number in perspective, no other NFL team cleared 200 and the Eagles finished with the fourth-best improvement at 143. It’s a credit to a defense that led the NFL in takeaways (34) and allowed the fourth-lowest scoring rate (32.5%) in the NFL this season. 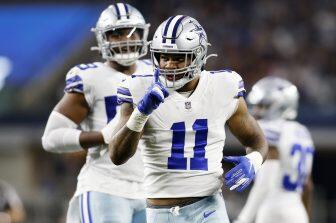 Tennessee Titans running back Derrick Henry is a force. He leads the NFL in 200-yard games since 2019 and many expected a 2,000-yard season in 2021 after he topped the mark (2,027) a year prior). Before breaking a bone in his foot in the first quarter in Week 8, Henry was the leading rusher in the NFL by a wide margin.

The All-Pro runner never returned to the field in the regular season. It was especially costly for a player who became more effective as the weather got colder, averaging 4.0 ypc in September, 4.28 ypc in October, 5.6 ypc in November and 5.5 ypc in December. Despite missing Tennessee’s last nine games, Henry still finished with the ninth-most rushing yards, sixth-most rushing touchdowns and 10th most carries in the NFL. He’ll be healthy for the playoffs and that should worry AFC opponents.

Everyone tuning in for the last regular-season game of the season was treated to an NFL classic. The Las Vegas Raiders could have passed on a field-goal attempt, with kneeling out the clock allowing both them and the Los Angeles Chargers to make the playoffs. But after a clutch run in the final minute, Daniel Carlson took the field for a game-winning attempt.

Carlson delivered and made NFL history in the process . It was his four game-winning kicks this season. Las Vegas now holds the NFL record with five last-second victories. Fittingly, it also capped off a historic 2021 season with 32 games decided by a score on the final play, also an NFL record. The league couldn’t ask for a better conclusion on Sunday Night Football.

As a freshman at Clemson, Justyn Ross burst onto the scene with an incredible season paired with Trevor Lawrence, racking
KANSAS CITY, MO・2 DAYS AGO
Sportsnaut

Kansas City Chiefs superstar tight end Travis Kelce knows he is not paid on a level equal to his production,
KANSAS CITY, MO・10 HOURS AGO

Brett Hundley signed with the Baltimore Ravens and joined the voluntary organized team activities, a portion of the offseason program
BALTIMORE, MD・1 DAY AGO
Sportsnaut

It may have taken him a few years to get here, but Buffalo Bills safety Jordan Poyer is one of
BUFFALO, NY・2 DAYS AGO

Colin Kaepernick worked out for the Las Vegas Raiders this week, a potential first step towards making an NFL comeback.
ANN ARBOR, MI・13 HOURS AGO
Sportsnaut

Who are the highest paid NFL players? As the salary cap climbs, the top NFL salaries soar every year with
NFL・4 HOURS AGO
Sportsnaut

Our MLB Games Today schedule is back for the 2022 MLB season. Major League Baseball ended its lockout, officially clearing
NFL・14 HOURS AGO
Sportsnaut

Minnesota Vikings’ 2022 top pick Lewis Cine was recently asked which player in the league he is most looking to
MINNEAPOLIS, MN・8 HOURS AGO
Sportsnaut

The Indianapolis Colts had no issues committing $10 million per season to All-Pro cornerback Stephon Gilmore this offseason, but now
INDIANAPOLIS, IN・4 HOURS AGO
Sportsnaut