Why Fastly, Pinterest, and Block Stocks All Slipped on Friday

Shares of edge computing specialist Fastly (NYSE: FSLY) , visual and search social media platform Pinterest (NYSE: PINS) , and financial technology company Block (NYSE: SQ) (formerly known and Square), were all hit hard on Friday. At their worst points during the trading day, the stocks were down 4.2%, 3.9%, and 5.3%, respectively. However, the stocks have recovered some since then. As of 1:15 p.m. ET, Fastly is down 2.3%, Pinterest has a 2.5% loss for the day, and Block's decline is at 5%.

The three stocks' declines are likely almost entirely due to a rough day in the overall market -- particularly for growth tech stocks like Fastly, Pinterest, and Block. 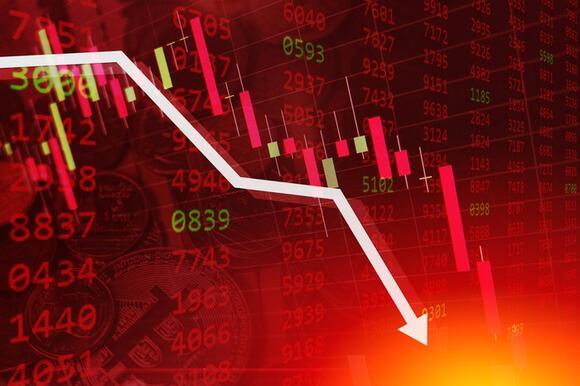 Highlighting pessimism in the market on Friday, the S&P 500 was down 0.7% at the time of this writing. But many growth tech stocks, which are notoriously volatile, were down several percentage points or more.

The market's bearishness on Friday seems to stem from the continuation of a rough start to the year for tech stocks, as well as a disappointing start to earnings season as banks begin to report earnings. Shares of JPMorgan Chase are down more than 6% today, following the company's earnings report.

This rough day for stocks extends a dramatic pullback in Fastly, Pinterest, and Block shares recently. During the last three months alone, the three companies' stocks are down 30%, 38%, and 47%, respectively. And the losses are even worse if you zoom out 12 months.

Highlighting these stocks' rough start to 2022, the three companies' shares have all fallen 11% or more year to date.

With earnings season underway, investors will be looking for a strong fourth quarter from these three companies.

Fastly hasn't put a date to its fourth-quarter earnings report yet. But it usually occurs in mid-February. Last year, for instance, its fourth-quarter earnings report was on Feb. 17. The company's revenue growth rate has slowed recently as it faces tough year-ago comparisons (revenue grew 45% year over year in the fourth quarter of 2020) and as the company deals with some headwinds related to a platform outage last year. Revenue growth will likely remain fairly suppressed in Q4 relative to historical levels. But investors will likely be hoping for management to guide for growth to accelerate in the first quarter of 2022.

Pinterest also hasn't scheduled its quarterly report. But it usually occurs toward the beginning of February. Though the company's third-quarter revenue growth of 43% was stellar, investors were spooked by a dramatic decline in the company's year-over-year growth rate in monthly active users. As lockdowns have eased, people are spending more time out and about as opposed to browsing apps like Pinterest.

Block's earnings report is the furthest away, set for Feb. 24. Investors will likely be hoping the company can grow revenue similar to last quarter (when excluding Bitcoin ). Ex-Bitcoin revenue grew 27% year over year in the third quarter of 2021. Can Block pull off this robust top-line momentum again in Q4?

10 stocks we like better than Fastly
When our award-winning analyst team has a stock tip, it can pay to listen. After all, the newsletter they have run for over a decade, Motley Fool Stock Advisor , has tripled the market.*

They just revealed what they believe are the ten best stocks for investors to buy right now... and Fastly wasn't one of them! That's right -- they think these 10 stocks are even better buys.

JPMorgan Chase is an advertising partner of The Ascent, a Motley Fool company. Daniel Sparks has no position in any of the stocks mentioned. The Motley Fool owns and recommends Bitcoin, Block, Inc., Fastly, and Pinterest. The Motley Fool has a disclosure policy .

The discount retailer provided its first-quarter earnings and an update for the year, and Wall Street didn't like what it saw.
STOCKS・12 HOURS AGO
inputmag.com

It may not be as scary as homeowners expect.
REAL ESTATE・1 DAY AGO

Secular changes in technology and culture favor some names at the expense of others.
STOCKS・17 HOURS AGO
The Motley Fool

Warren Buffett's approach could keep your money safer amid volatility.
STOCKS・16 HOURS AGO
The Motley Fool

This 5%-yielding bank has exposure to emerging markets layered on a strong core in a safe country.
STOCKS・15 HOURS AGO
The Motley Fool

I'm Buying These 2 Resilient Stocks During a Bear Market

Here are three companies I'm continuing to add to my portfolio in recent months.
STOCKS・17 HOURS AGO