Today's move in three of the top five cryptocurrencies by market capitalization represents yet another reversion downward for these top tokens. Bitcoin (CRYPTO: BTC) , Ethereum (CRYPTO: ETH) , and Solana (CRYPTO: SOL) saw declines of 2%, 2.7%, and 5.4%, respectively, over the past 24 hours, as of 10:15 a.m. ET.

These dips today cut each of these top tokens' weekly gains roughly in half. Bitcoin's gain over the past seven days comes in at 3.4%, with Ethereum and Solana following suit at 2.8% and 6.7%, respectively.

Today, it appears the Federal Reserve's recently announced look into introducing a central bank digital currency (CBDC) has crypto investors spooked. While the Fed did state that it started investigating a CBDC in July, this week Fed Chair Jerome Powell stated the finalized report should be available "within weeks."

A proposed bill from Republican Rep. Tom Emmer is already reportedly looking to stem the amount of power the central bank would have in requiring users to set up accounts at the Fed to use a CBDC. This has led some to believe that a CBDC is around the corner, an obviously negative catalyst for the cryptocurrency market as it stands today. 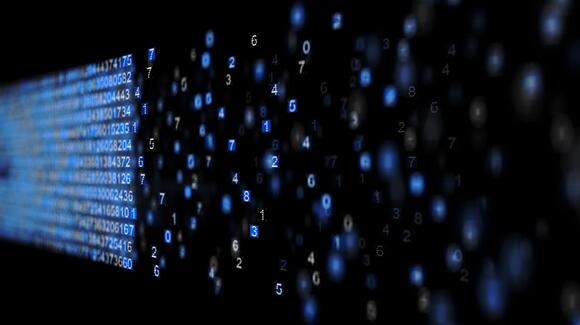 From a token-specific standpoint, there's not much in the way of negative catalysts to consider for these top tokens. Some positive news for Bitcoin around Block 's move to Bitcoin mining is being overshadowed by negative sentiment in the crypto space today. The Jack Dorsey-led company aims to provide an open Bitcoin mining system, to decentralize mining and improve the reliability and resiliency of the Bitcoin network.

Reports that Tether had frozen approximately $160 million worth of its tokens on the Etheruem blockchain in relation to a request by law enforcement appears to have the crypto market spooked.

For Solana, recent network slowdowns are a key factor investors continue to watch. However, little in the way of negative news, outside of today's macro catalyst, appears to be driving this token today.

The declines among these three top tokens drove the overall crypto market lower by approximately 2.9% over the past 24 hours. This isn't necessarily surprising, considering these three tokens account for well more than half the market capitalization of the entire cryptocurrency market.

However, this news that a central bank digital currency could be around the corner is big. Investors looking to de-risk their portfolios heading into what could be a volatile catalyst appear to be looking to do so before this news comes in.

Regulatory overhang has always been a factor crypto investors have had to contend with. However, today this threat appears to be heating up. Accordingly, investors are actually seeing some divergence from equity returns today, something that hasn't been seen in some time.

Silk Road founder Ross Ulbricht is forfeiting billions of dollars worth of Bitcoin (BTC) and other crypto assets to the US government. According to a new court filing, Ulbricht will relinquish any claim to over 69,000 BTC and undisclosed amounts of Bitcoin Gold (BTG), Bitcoin SV (BSV) and Bitcoin Cash (BCH) worth a combined $3 billion as part of a settlement.
PUBLIC SAFETY・29 DAYS AGO
The Motley Fool

Few ideas in the cryptocurrency space are this big.
MARKETS・10 HOURS AGO
The Motley Fool

Should You Buy the Dip in This Cathie Wood Favorite?

Robinhood's Q1 earnings were anything but bullish. So why are famous investors pouring capital into the stock?
STOCKS・10 HOURS AGO

As part of a lawsuit between shareholders and Elon Musk regarding his “funding secured” tweet, new text messages and emails between Musk and people involved have been released. The communications pretty much confirmed how most people saw the situation: Elon Musk took a meeting with the head of...
BUSINESS・29 DAYS AGO
Markets Insider

Indonesia accounts for about half of the world's supply of palm oil — the world's most widely used vegetable oil.
INDUSTRY・29 DAYS AGO
Fortune

Sign up for the Fortune Features email list so you don’t miss our biggest features, exclusive interviews, and investigations. U.S. tariffs on Chinese imports survived a change in administration, but the trade-war-era levies may not survive record inflation. “We’re certainly looking at where we see costs being raised and,...
PRESIDENTIAL ELECTION・28 DAYS AGO

Have you saved more or less than the typical U.S. adult?
BUSINESS・7 HOURS AGO
The Motley Fool

The stock's valuation is getting closer to reasonable levels, but it may not stay there for long.
STOCKS・1 DAY AGO