Nate Diaz next fight: Who gets the Stockton star in his last UFC fight? 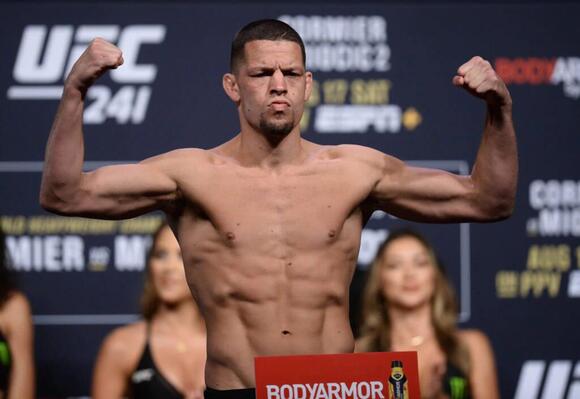 Many UFC fans have likely been typing Nate Diaz next fight recently in their MMA Google searches, as they wonder when the popular fighter will compete again. With one bout left on his contract, a booking for what could be his final appearance in the Octagon could come any day.

Who will Nate Diaz’s next fight be against?

Nate Diaz is one of the biggest names in all of MMA. And he uses that brand recognition to drive a hard bargain for his fights so that he gets big-name opponents and big checks. Whenever the promotion can wrangle him back into the Octagon, the matchups that make the most sense are against Tony Ferguson, Dustin Poirier , and a Conor McGregor trilogy figh t .

The Stockton bad boy faced top-three welterweight Leon Edwards in June at UFC 263 . The fight was a one-sided affair for nearly five full rounds until Nick’s little brother made it really interesting in the last minute.

What happened: Diaz isn’t a welterweight. His best division has always been lightweight, but at 36 he isn’t interested in cutting weight anymore. Normally moving up a weight class would mean being faster than bigger opponents. Unfortunately, he wasn’t faster or stronger than Edwards and was outclassed for much of the bout.

However, in the final minute of the last round, the Stockton bad boy gave his legion of fans something to cheer for when he hurt the Englishman and had him on spaghetti legs. In the end, “Rocky” was able to survive a late onslaught and stay unbeaten for a tenth straight fight.

The fallout: Diaz was a big underdog going into the matchup and looked like one throughout. But, he had 12 losses entering the fight, and defeats have never been anything that’s affected his value. Another one made no difference as long as he fought hard, shed blood, and entertained. He achieved all of that against Edwards.

The roadmap ahead: Like Conor McGregor , he is the type of fighter who can control the narrative and has the sort of fan support to make a loss still seem like a win. Meaning, despite a second straight defeat and losing three of the last four, his brand remains strong and he will land another big-name foe next, as he finishes out his UFC contract and heads into free agency this year. 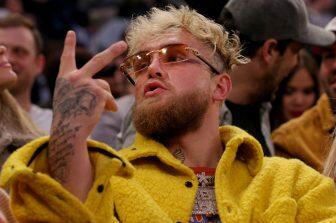 What makes Nate Diaz so popular?

The Stockton Bad Boy: Diaz became a star in MMA by following the path that his talented and popular brother Nick established before him. That of being a trash-talking boxer, with unlimited cardio, and durability few others in a cage fight can match.

The Mumbling Influencer: Diaz ascended to an elite level of popularity when he stunned the world as a short-notice replacement and handed Octagon superstar Conor McGregor his first UFC loss in 2016. Since then, he has become one of the biggest names in the industry. 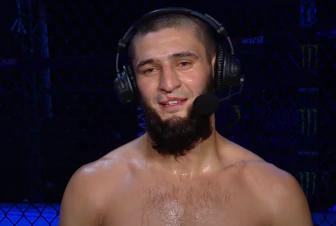 Also Read:
Khamzat Chimaev next fight: The Chechen crusher’s back on April 9

The measure of a fighter’s success is the dollars and cents they stack up from a career of professional fisticuffs. Nate Diaz’s net worth is estimated to be around $10 million .

Floyd Mayweather’s next fight: What’s next for ‘Money’ after his win in Abu Dhabi?

Following his easy win over Don Moore in Abu Dhabi on May 21, Floyd Mayweather’s next fight might come later
COMBAT SPORTS・1 DAY AGO
SPORTbible

You May Have Missed Floyd Mayweather 'Beating TF' Out Of Don Moore Last Night, Footage Has Emerged

Floyd Mayweather dominated Don Moore for eight straight rounds in their exhibition bout on Saturday evening and footage has emerged. The fight was meant to happen last weekend, but the death of United Arab Emirates president Sheikh Khalifa bin Zayed Al Nahyan saw it postponed during a period of national morning.
COMBAT SPORTS・1 DAY AGO
Sportsnaut

ESPN anchor Sage Steele is out of the hospital and back home after a poorly hit tee shot by Jon
TULSA, OK・2 DAYS AGO