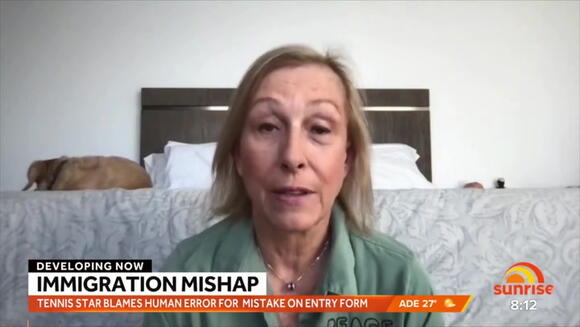 According to Novak Djokovic , one of the defining days of his career came in the summer of 2010. He had already won his first grand slam title, but a recurring shortness of breath was plaguing him in matches. To watch Djokovic now is to see one of the world’s most obstinately enduring athletes in action. He covers the tennis court with almost robotic efficiency, always two steps ahead of his flagging opponents. Back then, it was Djokovic who felt unusually jaded. On several occasions, in the heat of arduous matches, he even called for medical breaks out of fear he might collapse.

Dr Igor Cetojevic, a Serbian who describes himself as a “specialist in energetic medicine”, was put in touch with Djokovic through a mutual friend. The pair met in Croatia, where Cetojevic asked Djokovic to stretch out his left arm while pressing a piece of bread against his stomach. To Djokovic’s surprise, his arm felt appreciably weaker when in close proximity to gluten. As ridiculous as it might seem that such a meticulous player was pliant to such vague “alternative therapies”, it’s possible to see all the success and controversy of Djokovic’s career - 20 grand slam titles, a record number of days spent as world No 1 and not quite so many detained at an immigration hotel in Melbourne - through the prism of that day.

Long before Djokovic stubbornly forged one of the great sporting careers of the modern era, he had already become entrenched in a mindset that deflected outside influences. As a child raised as an orthodox Christian in war-torn Serbia, he was taught to be self-sufficient. As a prolific junior, he was a relative outsider whose parents uprooted from a ski resort in the mountains to risk all for Djokovic’s own unlikely journey to the pinnacle. That sense of resistance and ingrained suffering, which is often interpreted as being disagreeable or aloof, has always been fundamental to Djokovic’s character. It has also acted as a defence mechanism, shielding him against the public’s favouritism for Roger Federer and Rafael Nadal, the feeling that he was always an unwanted intruder on their legacies.

That underdog mentality helps to explain Djokovic’s belief in alternative medicines - a scene that has existed in Belgrade since the 1970s - and his scepticism around conventional science. He is adamant that he can find “basic ways to survive” by tapping into the strength of his own body, be it when fighting a virus or an injury, without needing to resort to outside intervention.

Sometimes, that belief has elicited comic moments, such as when Djokovic teamed up with Pepe Imaz, a coach-cum-spiritual guide, whose techniques included the power of extremely long hugs. Around that same time, Djokovic began extolling the virtues of telekinesis and telepathy and referred to “gifts from a higher order, the source, the god, whatever, that allows us to understand the higher power and higher order in ourselves”.

Only last year, after losing in the US Open final against Daniil Medvedev , Djokovic made one of several pilgrimages to the Pyramid of The Sun, located in the Bosnian hill town of Visoko. It’s said the ancient site is enshrined with mystical healing powers. “I know there are many doubts and dilemmas about the authenticity [of the place],” Djokovic said after one visit. “[But] in order to fully understand what is going on here... you have to come.”

His friendship with the wellness entrepreneur Chervin Jafarieh, who sells all manner of natural supplements, also drew undue attention when on a live stream Djokovic claimed that toxic food and polluted water could be purified through “energetical transformation, through the power of prayer, through the power of gratitude”.

But the true depth of Djokovic’s belief in alternative treatments was epitomised by his vehement opposition to undergoing surgery in 2017. Despite struggling with a near-intolerable pain in his elbow, which led to Djokovic failing to reach a grand slam semi-final in a calendar year for the first time in over a decade, he was insistent that a cure could be found through holistic medicine. When he eventually succumbed in February 2018, Djokovic claimed he cried for three days after waking up from the operation. “Every time I thought about what I did, I felt like I had failed myself,” he said. He has won eight of the 14 grand slams that have been played since.

Those credences help put into context why Djokovic is so resistant to taking the vaccine. He is not so much an anti-vaxxer in the sense of indulging wild conspiracy theories relating specifically to the jab but ideologically opposed to such methods of scientific treatment across the board. “Personally I am opposed to vaccination and I wouldn’t want to be forced by someone to take a vaccine in order to be able to travel,” he said in April 2020.

Many will justifiably disregard that as a selfish outlook and share few sympathies over Djokovic’s seemingly failed attempt to gain an exemption to defend his Australian Open title next week, but it is part of a broader theme that’s been integral to his entire career: singular in his beliefs, stubborn to a fault, and determined to see them out to a bitter end. Brought to a head by the pandemic, those qualities have now made him a legend and a pariah all at once.

There’s more ‘double vaccinated’ people in the hospitals in New South Wales than people with 0 vaccinations. 😂😂 You’re all gonna die😂😂

Thank you for the informative article. Conclusion, modern medicine helped Mole get to where he is, a great champion, and yet he remains determined to oppose the effects of modern medicine in a massive scale and disrespect the rules of the host country that offered him the platform to incredible success. Tremendous display of arrogance. He has done damage to his legacy and should apologize to tennis players and fans around the world and particularly to Australians. And his father should appologise for claiming that Australia was blackmailing him when the rules were being explained before his son proceeded to create this enduring mess where everyone looses.

#Us Open#Belgrade#Serbian#Christian
The Associated Press