Who is the highest-paid NFL coach? (Today and All-Time)

By Andrew Buller-Russ
Sportsnaut
14 days ago 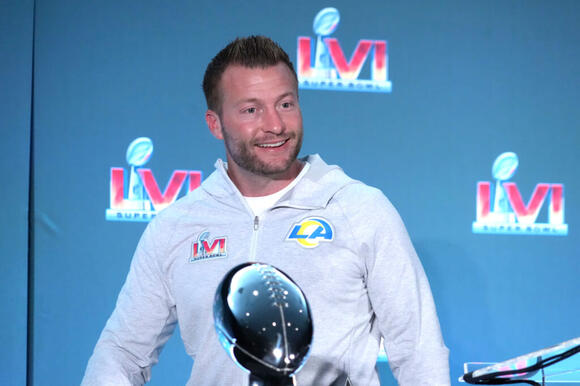 Interested in discovering who the highest-paid NFL coach is? You’ll find that out and plenty more in this breakdown of football coach salaries. Although it should be noted, these numbers are not official. Most coach salaries are not revealed to the public.

Since getting his chance to be an NFL head coach at the age of 40, Matt LaFleur has posted three consecutive 13-win seasons with Aaron Rodgers running the show. His next test will be getting past the Divisional Round.

After jumping from college to the pros in 2019, Kliff Kingsbury has taken the Arizona Cardinals from the 3-13 team he inherited to an 11-6 record, reaching the playoffs in his third season as head coach. Kingsbury is yet another example of how unproven coaches can have some success in the NFL.

After a solid playing career as a linebacker, playing his role with the ’85 Bears, Ron Rivera has since turned into a respected coach with 11 years at the helm. His peak came in 2015, when the Carolina Panthers went 15-1 on the way to a Super Bowl appearance, Riverboat Ron has been trying to get back ever since.

Andy Reid, or sometimes affectionately called Big Red, has been an NFL head coach for 23 years, but it wasn’t until he got to the Kansas City Chiefs with Patrick Mahomes that he won the big game, becoming a Super Bowl champion in 2019. He also won AP Coach of the Year back in his fourth season with the Philadelphia Eagles in 2002.

Mike Tomlin had zero previous head coaching experience when hired by the Pittsburgh Steelers in 2007. While he hasn’t won a playoff game since 2016, Tomlin has since become one of the best coaches in football.

He may be on the hot seat now , but when he was hired Carolina Panthers owner David Tepper gave Matt Rhule an enticing contract offer he couldn’t refuse. He’s just three years into a seven-year contract.

John Harbaugh signed on to be the Baltimore Ravens head coach with a specialty in special teams in 2008. Ever since he’s experienced just two losing seasons and even won a Super Bowl ring in 2012.

Even at the age of 70, Pete Carroll is still going strong in Seattle, he’s earned this spot among the NFL’s highest-paid coaches by having a career .593 winning percentage in addition to a Super Bowl victory in 2013.

Amazingly, the greatest coach of all time is no longer the top-earning NFL coach, but he still is believed to make an annual salary of $12.5 million. Six Super Bowl rings suggest Belichick’s worth every penny.

When hired in 2017, Sean McVay was the youngest head coach in NFL history at 30 years old. The Los Angeles Rams haven’t missed the playoffs since. In 2022, he won Super Bowl LVI, becoming the youngest coach to do so.

Jon Gruden was living the life in Vegas until he resigned from the league after some foolish emails unsurfaced in 2021. He was just four years into a 10-year, $100 million contract, earning an annual salary that placed him as the third-highest-paid NFL coach. 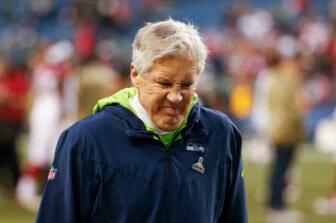 Washington Commanders quarterback Carson Wentz is excited for a fresh start with a new organization. While he is focused on
INDIANAPOLIS, IN・1 DAY AGO
Sportsnaut

An eventual Marquise Brown contract extension will likely be very expensive for the Arizona Cardinals. However, after trading a first-round
GLENDALE, AZ・1 DAY AGO
Sportsnaut

Want to know just how much money the highest-paid college football coaches make? Click here to find out Nick Saban's salary and the top 10 highest-paid coaches.
NFL・2 DAYS AGO

ESPN anchor Sage Steele is out of the hospital and back home after a poorly hit tee shot by Jon
TULSA, OK・1 DAY AGO
Sportsnaut

Following their surprise Super Bowl LVI appearance, one of the top defenders and team captain Jessie Bates was hit with
CINCINNATI, OH・2 DAYS AGO
Sportsnaut

At a time when salaries for the highest paid NFL players are skyrocketing, Baltimore Ravens quarterback Lamar Jackson is taking
BALTIMORE, MD・1 DAY AGO

Chances are, when compared to last year, everyone involved with the New York Jets are feeling 100x better about their
NFL・2 DAYS AGO
Sportsnaut

Terry McLaurin is the best player on the Washington Commanders offense. After three years of stellar production despite poor quarterback
NFL・13 HOURS AGO
Sportsnaut

The NFL salary cap in 2022 is $208.2 million per team, a massive leap after the COVID-19 pandemic shrunk the
DENVER, CO・12 HOURS AGO
Sportsnaut

Much like Baker Mayfield, San Francisco 49ers quarterback Jimmy Garoppolo is still waiting for a trade to materialize that lands
SAN FRANCISCO, CA・10 HOURS AGO
Sportsnaut

Deion Sanders was on the receiving end of a pretty serious claim from Alabama head coach Nick Saban on Wednesday
JACKSON, MS・2 DAYS AGO

Despite entering the league as a third-round pick in the 2012 NFL Draft, T.Y. Hilton has racked up nearly 3,000
INDIANAPOLIS, IN・2 DAYS AGO
FastBreak on FanNation

The Golden State Warriors have announced their injury report for Game 3 against the Dallas Mavericks.
SAN FRANCISCO, CA・45 MINUTES AGO
Sportsnaut

Cincinnati Bengals quarterback Joe Burrow has a great deal of respect for his AFC North counterpart Baker Mayfield. However, he
CLEVELAND, OH・2 DAYS AGO