It's no secret that companies get things wrong sometimes. The corporate world is littered with stories of high-flying success met with abrupt descents back down to Earth. In fact, investors are observing the collapse in price of many technology stocks right now after a strong 2021.

But for action camera leader GoPro (NASDAQ: GPRO) , the journey from top-of-the-world to rock bottom happened more slowly. After listing on the stock exchange in 2014, its stock hit an all-time closing high of $93.85 before a painful eight-year decline of 89% to $10.58 as of this writing. GoPro has become a rare case, though, because it's successfully turning things around .

Its recent strategies have been so promising that at least three top Wall Street firms have upgraded the stock since last November. A building consensus like that might be enough to get some investors off the sidelines and into the action. 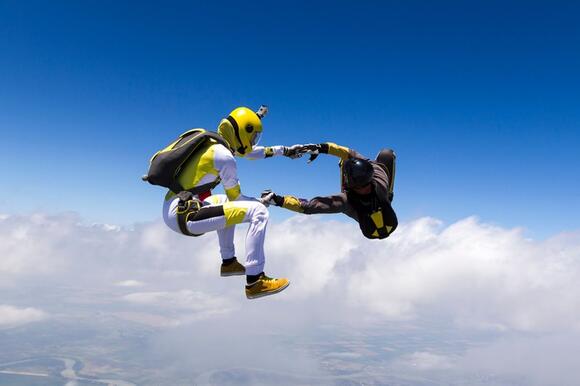 Perhaps the heaviest criticism of GoPro since it went public was its one-dimensional business. The company simply manufactured and sold action cameras, so while it has always led the market, competitors also improved over time, eroding GoPro's profit margins and stifling its revenue growth.

Less income meant less money to allocate to innovation, triggering an inevitable death spiral that crippled the company's share price. But over the last three years, that has changed. GoPro has leveraged its website to create a new direct-to-consumer sales channel which now accounts for 35% of the top line, replacing some of the large retail chains it previously relied on to sell its cameras and accessories. And selling directly from its website means it keeps a larger share of the profits.

The largest benefit of all is the renewed focus on innovation. In Sept. 2021, it released the new HERO10 Black action camera, which shoots video in 5.3K High Definition. It's priced at $499, and its closest competitor in terms of technical ability comes in at $3,500 -- in other words, it's blowing away the competition.

Building a subscriber base is a totally new concept for GoPro. It includes a shift from hardware to software and carries a gross margin as high as 80%, almost double that of its main business. That means more revenue flows to the bottom line, which investors love to see.

For $49.99 per year, subscribers get unlimited cloud storage for their videos, exclusive product discounts, and the ability to livestream directly from their GoPro camera. The response from customers has been overwhelmingly positive, and over the past year, in particular, subscriber growth has soared.

The subscriber figure is expected to reach 1.7 million once GoPro officially reports its full-year 2021 results. And this year, the company estimates it will generate $90 million in recurring subscription revenue. Given the potential 80% margin mentioned earlier, GoPro's profitability should continue to rise.

After holding mostly negative views on GoPro during its difficult tenure as a public company, Wall Street firms recently began to recognize its newfound success with a tidal wave of upgrades between November and December 2021.

Investment bank Morgan Stanley , which had an underweight rating on GoPro stock, has upgraded it to neutral with an $11 price target. Investment firm Wedbush Securities maintained its outperform rating but added a $13.50 price target. And finally, investment bank JP Morgan Chase is the most bullish of the three, upgrading GoPro stock from neutral to overweight with a $15 price target, representing a 42% gain from its current price.

According to the consensus analyst estimate, GoPro is expected to generate $0.94 in earnings per share in 2022. With a stock price of $10.58, that means shares trade at a forward price-to-earnings multiple of just 11.3. By comparison, the technology-centric Nasdaq 100 index trades at a forward multiple of just under 28, so GoPro stock would need to more than double to trade in line with the broader sector.

It's never easy to find hidden gems in the stock market, but Wall Street might have uncovered one in GoPro, and the company is backing it up with a truly incredible turnaround.

10 stocks we like better than GoPro
When our award-winning analyst team has a stock tip, it can pay to listen. After all, the newsletter they have run for over a decade, Motley Fool Stock Advisor , has tripled the market.*

They just revealed what they believe are the ten best stocks for investors to buy right now... and GoPro wasn't one of them! That's right -- they think these 10 stocks are even better buys.

Berkshire Hathaway stock has a long history of beating the market, and is well-positioned to outperform in the future.
STOCKS・15 HOURS AGO

A 5x return isn't a slam dunk with these stocks. But it's not a farfetched proposition.
STOCKS・19 HOURS AGO
The Motley Fool

Believing in electric vehicles back then would have made you very wealthy indeed.
STOCKS・1 DAY AGO

Brookfield Infrastructure is performing quite well during the current market downturn.
STOCKS・20 HOURS AGO
The Motley Fool

You don't need to beat the market by much to triple the value of your portfolio in a decade. These two stocks should hit that target early and keep going for decades beyond that.
STOCKS・2 DAYS AGO
The Motley Fool

REITs can be a port in the economic uncertainty storm.
STOCKS・2 DAYS AGO
The Motley Fool

Why Bitcoin, Coinbase, and Silvergate All Bounced Back on Friday

There's a crypto bounce to end the week.
STOCKS・1 DAY AGO
The Motley Fool

These players have what it takes to keep growing over time.
STOCKS・19 HOURS AGO
The Motley Fool

There's Plenty of Outsized Opportunity in This Plus-Sized Retailer

This men's apparel stock continues to expand at a meteoric rate but remains deeply discounted.
RETAIL・19 HOURS AGO
The Motley Fool

Hint: It's not Apple or Chevron.
STOCKS・1 DAY AGO