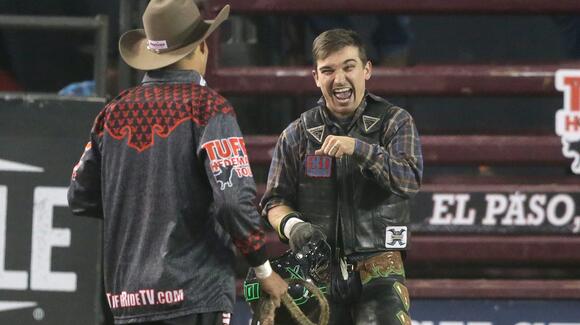 The show includes the traditional Western Tech Tailgate Down Party on event night at the coliseum and the after-party at Whiskey Dicks, 1580 George Dieter Drive, No. 204.

Top-ranked bull riders and bulls will compete for one night only as four-time World Champion and Pro Rodeo Hall of Famer Hedeman lines up champions and Wrangler National Finals Rodeo athletes to compete for the El Paso championship title in his "Cowboy Up" tour.

According to a news release, 24 bull riders and 40 bulls will compete in a three-round tournament-style sudden death format. The event concludes in a final four-man round in which competitors ride to win prize money. El Paso, Hedeman's hometown, will be the first stop on the 2022 tour.

Tickets, ranging from $25 to $90, plus fees, are available at Ticketmaster.com and at the Coliseum Box Office.

María Cortés González may be reached at 915-546-6150; mcortes@elpasotimes.com; @EPTMaria on Twitter.