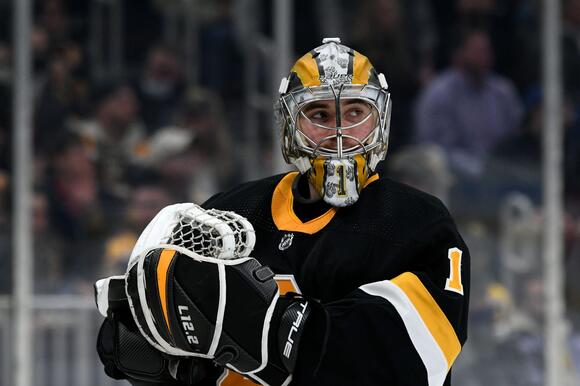 Former Bruin and longtime NHL analyst Mike Milbury believes Tuukka Rask’s return will be a good thing for the Bruins this season. But during his weekly appearance on The Greg Hill Show, Milbury also expressed concern about how it will affect Jeremy Swayman, who was sent down to AHL Providence to make room for Rask.

Milbury thinks things will probably be fine for the rest of the season, but wondered what happens if Rask wants to play beyond this season. Combined with Linus Ullmark’s contract, which includes a no-movement clause, it would seemingly mean there would continue to be no spot for Swayman.

“If you’re Jeremy Swayman, you have to be incredibly disappointed,” Milbury said. “…How does he make the team [next season] if they re-sign Rask? Then there’s no way he can make the team for another year and a half. It’s a bizarre position for the franchise’s future goaltender, and it’ll be interesting to watch what happens to him over the next little while.”

Jermaine Wiggins then brought up the possibility of using Swayman as a trade chip. Given his age, upside and what he’s already done at the NHL level, Swayman could certainly serve as the centerpiece of a blockbuster trade to land a major piece to help the Bruins.

Milbury said that if the Bruins think the 34-year-old Rask is going to play beyond this season, he would at least consider it.

“If this kid is not going to be available to the Bruins for the next year and a half, I’d have to say yeah, you have to take a look at it,” Milbury said. “If somebody wants to try to give us a really good chip or a really good prospect, then maybe you take a look at it. It’s such a bizarre turn of events. I haven’t seen anything quite like this in a long time.

“But you don’t want to give up -- he’s a blue-chip prospect. He’s a potential number one goaltender for the next 10, 12 years. So I’m not giving him away, but given the circumstances and given where we’ve twisted his brain around, I think maybe you have to think about it.”

Listen to the full interview with Milbury below. The discussion about Swayman starts at the 4:20 mark.

Boston Bruins president Cam Neely said on Thursday that he plans to extend the contract of general manager Don Sweeney. He also said no decision has been been made about whether to keep coach Bruce Cassidy.
BOSTON, MA・3 HOURS AGO
WEEI Sports Radio

Al Horford cleared to return for Game 2 vs. Heat

Boston Celtics guard Derrick White is missing Game 2 of their Eastern Conference Finals series against the Miami Heat, and there’s nothing wrong with that.
BOSTON, MA・1 HOUR AGO

Celtics guard Derrick White meanwhile, was ruled out for Game 2, as he and his wife are expecting the birth of their first child. Fellow Boston guard (and Defensive Player of the Year) Marcus Smart — who missed the team's Game 1 loss on Tuesday with a foot injury — is listed as probable as of Thursday afternoon.
BOSTON, MA・9 MINUTES AGO
WEEI Sports Radio

Mike Lowell got trash-talked to by referee at Celtics' game

The Boston Celtics have to look across the floor and see the control exhibited by Jimmy Butler and the rest of the Miami Heat and learn their lesson for Game 2.
BOSTON, MA・9 HOURS AGO