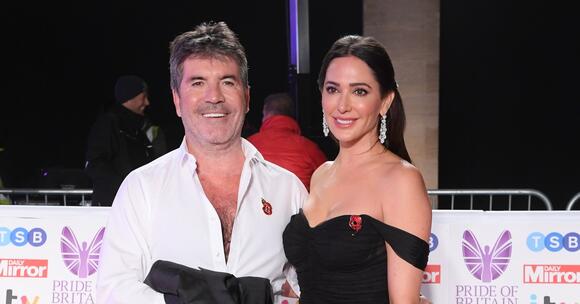 Ever since they began dating in 2013, socialite Lauren Silverman has made her fiancé, Simon Cowell, feel like one lucky guy! Although fans never imagined it would happen, the beloved TV star found his one true love and has been living a life of bliss ever since.

In January 2022, a source confirmed to Closer that the America’s Got Talent judge proposed to his longtime love. The intimate proposal took place in the entertainment moguls favorite vacation spot with his late mother, Julie Brett, in mind.

The X Factor star experienced fatherhood for the first time when he started dating Lauren in 2013. Simon took on the role of Adam’s stepfather after the stunning socialite called it quits with her ex-husband, Andrew Silverman, earlier that year.

Lauren and the former American Idol judge were actually close friends before they took their romantic relationship to the next level years back. Although they are not married just yet, Simon and Lauren have proven they are one of Hollywood’s strongest couples. Occasionally, they would enjoy fun activities like riding their bikes together and going out for date night. In fact, Simon gave his fans a sweet surprise when he kissed Lauren while they were out and about in London.

It’s true that the dark-haired beauty turned her fiancé from an extremely intimidating and tough reality TV judge into a lovable and dedicated partner. During a previous interview with Hello! magazine, Lauren opened up about her incredible relationship with the famous producer.

“I think Simon has changed me. He makes me laugh all the time. I can’t get angry with him because when I’m trying to be cross he just makes me laugh,” she gushed. “I feel I learn so much from him, which is incredibly inspiring. He’s very talented.”

In February 2014, Simon and Lauren solidified their love when they welcomed their son, Eric Cowell, together. Since his birth, his father has been teaching him how to take over his empire. “He has to take over for me,” the dad of one said to The Sun. “I’ve put him in training. He’s down at the shows, he has the earplugs in. I would absolutely love it if  he could do what I do.”

“If he gravitates towards academics, then fine — I would encourage him but I have a feeling he’s gonna be more like me,” Simon continued. If Eric turns out to be more like his dad, then we’re sure Lauren will be pleased. She’s dating a really great guy who makes her feel like a queen.

In August 2020, Simon broke his back after falling from his electric bike in the courtyard of his Malibu home. After undergoing surgery to have a metal rod placed, he was back at home on the mend. Throughout his recovery, Lauren was by his side to take care of him and he was beyond grateful for her support.

“[Lauren] was amazing. Both her and Eric, they were like my support. I couldn’t have gotten through it without them, so we got closer,” Simon told ex-girlfriend Terri Seymour during a February 2021 interview with Extra.

Scroll below to learn 5 facts about Simon’s gorgeous fiancée!

You can just tell, they’re together for different reasons. Sadly, one can see a time limit on their relationship. Hope I’m wrong, and wish them the best.

90 Day Fiancé: Before the 90 Days star Johnny Chao is showing off a new look on social media. The reality TV star rocked a fresh-faced look on the show. However, Chao debuted some new facial hair in his most recent post on Instagram. More specifically, he grew a beard and mustache.
TV & VIDEOS・26 DAYS AGO
Insider

According to Tina Brown's new book, "The Palace Papers," Prince William was aware of his status as future king from a young age.
CELEBRITIES・26 DAYS AGO
Hello Magazine

Robin Roberts got emotional as she opened up about her relationship with partner Amber Laign, especially in the midst of a challenging health battle. The Good Morning America star made an appearance on The Ellen DeGeneres Show to promote her new book, Brighter By the Day. VIDEO: Robin Roberts enjoys...
CELEBRITIES・27 DAYS AGO
Outsider.com

On Monday (April 25th), long-time “Wheel of Fortune” co-host Vanna White took to her Instagram account to announce her cat Stella passed away. The feline was 16 years old. “My sweet Stella has gone to kitty heaven,” Vanna White declared in the social media post, which features a snapshot of her kissing the cat. “I miss her so much and will cherish the special memories of the 16 years we had together.”
PETS・27 DAYS AGO

Laughter erupted in courtroom after Johnny Depp said he doesn’t watch his own movies and couldn’t recall the question he was asked. “I don’t watch them. I feel better not watching them. What was the question again?” Mr Depp said to laughter from the room. Johnny Depp trial – latest updates“Order in the court, or I will have you removed,” Judge Azcarate said. “Understood? Thank you.”The defamation trial between Mr Depp and Amber Heard began on Monday 11 April in Fairfax, Virginia following Mr Depp’s lawsuit against his ex-wife in March 2019. Mr Depp is arguing that she defamed him...
CELEBRITIES・27 DAYS AGO
Closer Weekly

Bobby Flay Is Head Over Heels for Girlfriend Christina Perez! Meet the Woman Who Won His Heart

Food Network chef Bobby Flay has met his perfect match! The Beat Bobby Flay star was introduced to his girlfriend, Christina Pérez, in late 2020. The pair have since gone public with their relationship and shared sweet glimpses of their romance on social media. Christina is the senior content...
RECIPES・26 DAYS AGO
Insider

Love Story actress Ali MacGraw is so proud to be a mom! The Golden Globe winner welcomed her only child, son Josh Evans, with her second ex-husband, Robert Evans, in 1971. Keep scrolling to learn more about Josh. Who Is Ali MacGraw’s Son Josh Evans?. The Goodbye, Columbus actress...
CELEBRITIES・12 DAYS AGO

GENERAL Hospital revealed a major character change is coming to the show this week as one of its stars battles health issues. There are often comings and goings happenings on soaps, and the latest cast switch-up involves longtime cast member Nancy Lee Grahn. Nancy, who turns 66 on Thursday, has...
CELEBRITIES・27 DAYS AGO
Closer Weekly

Tia Mowry’s 2 Kids With Husband Cory Hardrict Are Her Everything! Meet Cree and Cairo

Family means everything to Tia Mowry! She shot to fame with her twin sister, Tamera Mowry, on the hit sitcom Sister, Sister in 1994. The Family Reunion star is now a mom to two children, Cree Taylor Hardrict and Cairo Tiahna Hardrict, with her husband, Cory Hardrict. Tia and Cory...
FAMILY RELATIONSHIPS・13 DAYS AGO
Closer Weekly

Celebrity chef Bobby Flay is lucky in love with his girlfriend, Christina Pérez! The happy couple stepped out for a rare appearance at the premiere of The Offer in New York City on Sunday, April 24. The television personality wore a plaid blazer and jeans while the Vogue contributor...
CELEBRITIES・28 DAYS AGO
People

Megan Fox wants her kids to express themselves however they please. In a wide-ranging interview with Glamour U.K. for their April cover story, the 35-year-old actress opens up about how she teaches her children, Journey River, 5, Bodhi Ransom, 8, and Noah Shannon, 9, about gender identity and encourages them to be confident in who they are.
FAMILY RELATIONSHIPS・26 DAYS AGO

Melissa Gilbert is proud of her blended family, so it doesn’t come as a surprise she’ll share photos when they all get together. The Little House on the Prairie alum is the doting mom of two kids and the loving stepmom of five. Melissa shares her eldest son,...
FAMILY RELATIONSHIPS・17 DAYS AGO
The US Sun

WEDDINGS are meant to be happy occasions where loved ones come together to celebrate a new union. But, as we all know, there’s usually some drama involved during every stage of the planning. One woman has received backlash online because of the location she chose to marry her second...
RELATIONSHIP ADVICE・27 DAYS AGO
Hello Magazine

The Today Show stars, including Hoda Kotb, Savannah Guthrie, and Craig Melvin, are reeling from the death of a beloved fellow Today host, one whose hiring onto the show made history at NBC studios. The co-hosts took a moment out of Monday morning's show to honor the legacy of Jim...
CELEBRITIES・28 DAYS AGO
Outsider.com

“NCIS: Los Angeles” star Daniela Ruah absolutely killed it on the red carpet and stage last night at the International Portuguese Music Awards. While everyone at home was preparing for tonight’s “NCIS: Los Angeles” episode, Daniela Ruah was getting all dressed up to host the IMPA Awards. The ceremony took place at the Providence Performing Arts Center in Providence, Rhode Island, on Saturday, April 23.
LOS ANGELES, CA・29 DAYS AGO
hotnewhiphop.com

50 Cent cast doubt on Megan Thee Stallion's recent comments about not having been in an “intimate relationship” with Tory Lanez, prior to the infamous shooting in July 2020 which left her with gunshot wounds. Megan's comment came during a recent interview with Gayle King, during which she...
CELEBRITIES・26 DAYS AGO
Popculture

Netflix has canceled another one of its major shows, with this one getting the ax after only two seasons. Variety reports that hit sci-fi drama Raising Dion has been dropped by the streamer, following its recent season debut. The news seems to have been revealed by series star Sammi Haney, who shared the news with fans on Instagram. "Sad to say that Raising Dion is CANCELED [sic] Thank you for all of the amazing support we got from all of our wonderful fans!" Haney wrote, in part. "Season 2 was a success, equal to Season 1, even if just looking at how many people watched all of it and wanted a season 3!"
TV SERIES・26 DAYS AGO
Closer Weekly

Food Network star Anne Burrell found her soulmate! The talented chef got married to her husband, Stuart Claxton, in October 2021 in her hometown of Cazenovia, New York. They have continued to share sweet memories together and proven that they truly are a perfect match. Keep scrolling to learn more about her spouse.
CELEBRITIES・6 DAYS AGO
Popculture

90 Day Fiancé stars Anna-Marie Campisi and Mursel Mistanoglu have added a little boy to their family! The couple, who tied the knot on Season 7 of the TLC reality show, announced on Instagram this week that their son, Gokhan John, had been born via a surrogate on Monday, April 11 after the couple's initial struggle with fertility.
FAMILY RELATIONSHIPS・27 DAYS AGO