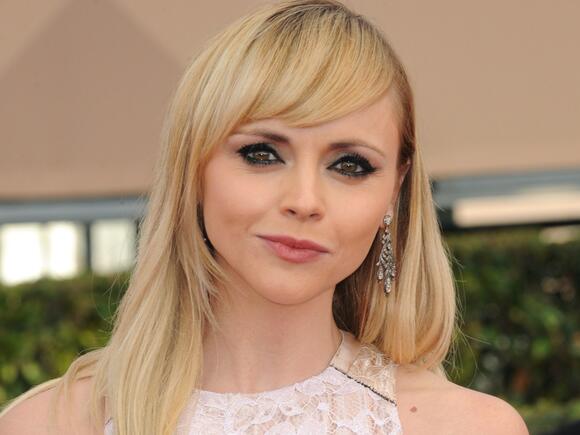 Christina Ricci kept shocking us in 2021, between eloping and the birth of her baby girl. But she’s starting 2022 on an adorable note. On Jan 8, Ricci posted a heartwarming snapshot of her new husband Mark Hampton cradling their newborn Cleo. She posted it with the caption, “One month ago” and tagged Mark’s account.

It’s been a minute since we got a Cleo update and we’re obsessed because she’s the absolute cutest baby.

2021 was a crazy year for Ricci, to put it lightly. In Aug, her and longtime boyfriend Mark announced they were expecting. Then, two months later, they shocked the world by eloping and posting a simple photo from the nuptials. Then, right as the year ended, they announced little Cleo entered the world!

Back in 2017, when she was a brand new mama with Freddie, she said in an interview with Instyle that motherhood truly changed her. “I didn’t realize how much growing up I had to do and how much better I could be… my kid [has] really made me better.”

She added, “It’s my baby, and it’s changed my life the way a baby does,” she said. Still, she doesn’t let it take her away from quality time with her son. “Usually when I’m off, I’m with my son… When I’m not working, I try to be as full-time with him as I can be. Taking him to his play dates and nursery school.”

Before you go, click here to see celebrity kids who are all grown up. 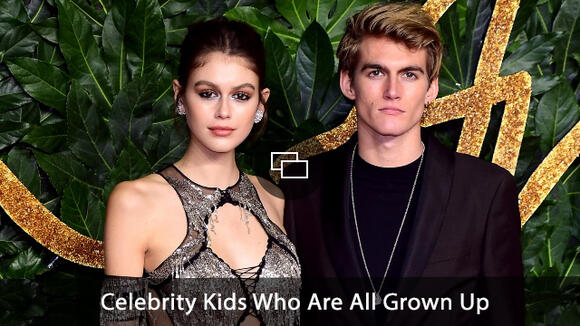 Good for her we are not seeing a foot or hand what a beautiful baby !

Robin Roberts got emotional as she opened up about her relationship with partner Amber Laign, especially in the midst of a challenging health battle. The Good Morning America star made an appearance on The Ellen DeGeneres Show to promote her new book, Brighter By the Day. VIDEO: Robin Roberts enjoys...
CELEBRITIES・23 DAYS AGO
Hello Magazine

The Today Show stars, including Hoda Kotb, Savannah Guthrie, and Craig Melvin, are reeling from the death of a beloved fellow Today host, one whose hiring onto the show made history at NBC studios. The co-hosts took a moment out of Monday morning's show to honor the legacy of Jim...
CELEBRITIES・23 DAYS AGO
SheKnows

Click here to read the full article. It seems like everyone was rooting for Renée Zellweger and Ant Anstead to get together, including an unexpected duo: the Property Brothers. Drew and Jonathan Scott recently revealed that they were the ones that ended up getting Zellweger and Anstead to meet, and subsequently fall in love. And their hard work ended up paying off! Back on April 14, 2022, the Scott brothers sat down with ExtraTV to talk about everything from Drew’s upcoming fatherhood to Jonathan loving GF Zooey Deschanel’s Vanity Fair gown. While we loved the entire interview, we’re losing it over...
CELEBRITIES・24 DAYS AGO
Popculture

One of the stars of This Is Us is on the move to a new network in advance of the show's series finale. Deadline reported in March that Chris Sullivan, who plays Toby on the NBC series, will headline a comedy pilot for ABC. His new show is set to be titled The Son In Law.
TV SERIES・21 DAYS AGO

Paulina Gretzky walked down the aisle in Vera Wang!. The bride shimmered during her wedding with pro golfer Dustin Johnson on Saturday at Tennessee's Blackberry Farm. Gretzky showed off the stunning look on Instagram Monday in a photo of the newlyweds kissing. "4/23/22♥," she simply captioned the post. For...
BEAUTY & FASHION・21 DAYS AGO
Popculture

90 Day Fiancé stars Anna-Marie Campisi and Mursel Mistanoglu have added a little boy to their family! The couple, who tied the knot on Season 7 of the TLC reality show, announced on Instagram this week that their son, Gokhan John, had been born via a surrogate on Monday, April 11 after the couple's initial struggle with fertility.
FAMILY RELATIONSHIPS・22 DAYS AGO
The Independent

A woman has revealed several “red flags” that she found in the apartment of the man she’s dating, which included two books about pregnancy and a woman’s ring.In a recent video shared to TikTok, Devin, @discoveringdevin, filmed herself sitting on a bed and putting her thumb down, as the text reads: “Red flags in his apartment.”She then began by showing four Apple MacBooks, all placed on top of each other, on a desk. “Four laptops…what are you hiding?” Devin wrote in the text over the clip.Next, she documented what appeared to be a “girl’s ring” on a white shelf....
RELATIONSHIP ADVICE・23 DAYS AGO
The Independent

Helen Skelton has revealed that she has separated from her husband, rugby player Richie Myler.The Countryfile host announced the news in an Instagram statement, writing that Myler has “left the family home”.Skelton’s announcement comes just four months after they welcomed their third child.“Very sad to say that Richie and I are no longer a couple,” she wrote. “He has left the family home. We will be doing our best to co parent our small children.”Skelton, who married Myler in 2013, accompanied the post with two broken heart emojis.The pair have three childen together: Ernie, aged six, Louis, aged...
CELEBRITIES・22 DAYS AGO

Porsha Williams and her fiancé, Simon Guobadia, have been busier than ever planning their upcoming nuptials, as The Real Housewives of Atlanta: Porsha's Family Matters couple previously opened up about "going big" on their special day. Now, Porsha is giving a glimpse at her bridal party ahead of her...
ATLANTA, GA・22 DAYS AGO
hotnewhiphop.com

It seems Coi Leray is getting fed up with the drama. She and her father, Benzino, have not seen eye to eye for quite some time, and despite numerous attempts to mend their relationship, they keep ending up back at square one. Yesterday, 50 Cent, whose been feuding with Benzino...
CELEBRITIES・24 DAYS AGO
Hello Magazine

Gwyneth Paltrow is a doting mom to two teenage children, Apple and Moses, who she shares with ex-husband Chris Martin. The family are notoriously private, but over the weekend the award-winning actress gave a rare insight into their upcoming plans - and how they are changing things up this year for Mother's Day.
FAMILY RELATIONSHIPS・22 DAYS AGO
SheKnows

Sharon and Phyllis will always own a piece of the character’s heart. But…. Ask any Young & Restless fan, and they’ll tell you that Nick has had two loves of his life, former wives Sharon and Phyllis. But he could yet have a third — and, at one point, nearly did: Phyllis’ sister, Avery.
TV SERIES・2 DAYS AGO

Click here to read the full article. Things haven’t been easy for Christina Hall and Tarek El Moussa lately, but the former Flip or Flop co-stars appear to be setting aside personal differences for their kids. A few days after Hall and her new husband, Joshua Hall, got into a fight with El Moussa, and his wife Heather Rae Young, at a soccer game May 7, Christina posted a group photo to Instagram capturing their re-commitment to “peace” when co-parenting. “Co-parenting 101,” Hall wrote on Instagram May 12. “Kids come first.” View this post on Instagram A post shared by Christina...
FAMILY RELATIONSHIPS・5 DAYS AGO
Outsider.com

“NCIS: Los Angeles” star Daniela Ruah absolutely killed it on the red carpet and stage last night at the International Portuguese Music Awards. While everyone at home was preparing for tonight’s “NCIS: Los Angeles” episode, Daniela Ruah was getting all dressed up to host the IMPA Awards. The ceremony took place at the Providence Performing Arts Center in Providence, Rhode Island, on Saturday, April 23.
LOS ANGELES, CA・24 DAYS AGO
Newsweek

While Pratt has never publicly expressed his views on sexuality, his links to a church that has been accused of supporting conversion therapy and being anti-LGBTQ have made him a target for online criticism.
MOVIES・23 DAYS AGO
Outsider.com

Paris Jackson Describes the Impact of Having 'Free-Love, Hippie-Type' Michael Jackson as a Dad

Click here to read the full article. Singing isn’t the only thing Paris Jackson inherited from her dad, the late Michael Jackson. The King of Pop, who is also dad to Prince Michael Jackson, 25, and Prince “Bigi” Michael Jackson II, 20, also passed down his free spirit — at least when it comes to self-love. The 24-year-old “Breathe Again” singer recently opened up about the impact Michael Jackson had on her growing up. “I try and always keep an open mind — not just with makeup, but with everything,” the KVD Beauty brand ambassador told POPSUGAR May 12. “I was...
CELEBRITIES・5 DAYS AGO
SheKnows

Click here to read the full article. Jennifer Lopez isn’t the only one getting engaged in 2022, her ex-husband Marc Anthony is ready to walk down the aisle again. The 53-year-old singer popped the question to his 23-year-old girlfriend Nadia Ferreira on Thursday night with a stunning emerald-cut engagement ring. The couple, who went public with their relationship in March, shared the exciting news with an Instagram Story on Ferreira’s account. The snapshot showed off the bling with Anthony’s hand over hers. She captioned the image, “Engagement partyyyyy!!! 💍 @marcanthony.” While the ring should have been the main story, we couldn’t help but...
CELEBRITIES・5 DAYS AGO
Complex

Benzino is once again airing out some family business. After previously calling 50 Cent the “first hip-hop rat,” and getting into various other conflicts with his daughter Coi Leray, the rapper has now name-dropped both of them in a Twitter tirade. On Sunday, Fif took to Instagram to...
CELEBRITIES・23 DAYS AGO
PopCrush