Gerald Green set to play for the Vipers 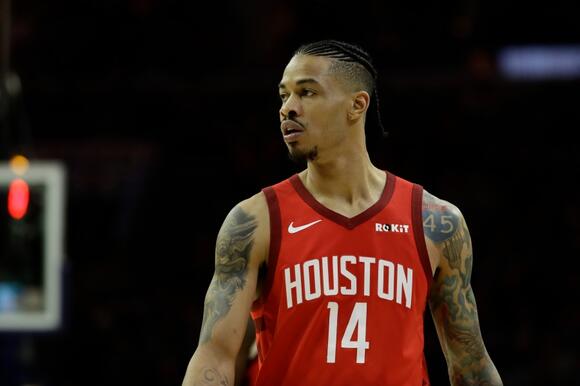 EDINBURG, Texas (ValleyCentral) — Gerald Green, 12-year NBA veteran, announced that he is coming out of retirement to play for the RGV Vipers.

Green previously announced his retirement in October 2021 and joined the Houston Rockets coaching staff as a player development coach.

Green started his NBA career with the Boston Celtics when he was drafted 18th overall in the 2005 NBA Draft.

The Vipers play the first game of the regular season on Jan. 8 against the Texas Legends.

Athlete of the Week: Juelz Arredondo

BROWNSVILLE, Texas (ValleyCentral) — Brownsville police announced Wednesday they are searching for a missing 15-year-old girl. Police are asking for the public’s assistance in locating Grecia Velez. According to police, she was last seen Jan. 2 at the Stripes on E. 14th Street and Lincoln Street. She was reported missing later that night, police said. […]
BROWNSVILLE, TX・5 DAYS AGO
The Comeback

Shocking and frankly terrifying news broke regarding Memphis Grizzlies superstar Ja Morant on Sunday afternoon. The story doesn’t quite paint the 2022 Most Improved Player or his associates in the most positive of lights either. The Athletic delivered a bombshell report that detailed the shocking incident. It occurred last month after a game between Morant’s Grizzlies Read more... The post NBA world reacts to absolutely shocking Ja Morant news appeared first on The Comeback: Today’s Top Sports Stories & Reactions.
MEMPHIS, TN・1 DAY AGO
prosportsextra.com

Death is never something we like to talk about but recently the NFL lost someone at a very young age. Denver Broncos Super Bowl winning running back Ronnie Hillman has died at the age of only 31. Hillman had been battling a rare form of cancer called renal medullary carcinoma...
DENVER, CO・7 HOURS AGO
OnlyHomers

There have been a number of sad reports coming out of the world of professional wrestling in recent weeks, with former stars passing away, both during their career and following it.
1 DAY AGO
ValleyCentral

“This put the health of the people who ate them at risk, because these animals were not fit for human consumption.”
4 DAYS AGO
ValleyCentral

HARLINGEN, Texas (ValleyCentral) — A 15-year-old was shot in Harlingen Tuesday night, according to police. At about 7:45 p.m. police responded to the 2900 block of Haine Drive in reference to shots fired. Police were flagged down and discovered a 15-year-old at the scene had been shot. The victim was transported to a local hospital […]
HARLINGEN, TX・5 DAYS AGO
ValleyCentral

More than 2.5 million pounds of canned meat is being recalled due to a packaging malfunction, the U.S. Department of Agriculture's Food Safety and Inspection Safety said.
IOWA STATE・4 DAYS AGO
ValleyCentral

Police: Two teens connected to shooting of 16-year-old in Harlingen

HARLINGEN, Texas (ValleyCentral) — Harlingen police arrested two teenagers in connection to a shooting Tuesday morning. Adam Gritzner, 19, was arrested on charges of aggravated assault with a deadly weapon, possession of a controlled substance tampering with evidence, theft, possession of marijuana and unlawful carrying, according to the Harlingen Police Department. Police added that a […]
HARLINGEN, TX・5 DAYS AGO
ValleyCentral

2 arrested in Harlingen PD drug bust, started with a tip

HARLINGEN, Texas (ValleyCentral) — Two Harlingen residents were arrested Thursday after police say they received a tip about drugs in an apartment. When officers arrived in the 1500 block of North 25th Street they say found a combination of narcotics, prescription medicine and cash. Michael Lee Huerta, 26, and Angelita Sanchez, 25, were arrested on […]
HARLINGEN, TX・3 DAYS AGO
ValleyCentral

UPDATE: Streets have been reopened and ValleyCentral is awaiting details of the situation. HARLINGEN, Texas (ValleyCentral) — The Harlingen Police Department is working on an incident involving a man inside his home on Tumbleweed Drive, said a news alert from the department. According to police, the situation is not a standoff or a manhunt. Harlingen […]
HARLINGEN, TX・4 DAYS AGO
ValleyCentral

BROWNSVILLE, Texas (ValleyCentral) — A 20-year-old motorcyclist was pronounced dead early Monday morning after a single-vehicle crash, Brownsville police say. At about 2 a.m. Monday, officers responded to the 3700 block of Charmaine Street in reference to the accident. According to a report from the Brownsville Police Department, a 20-year-old man lost control of the […]
BROWNSVILLE, TX・11 HOURS AGO
ValleyCentral

ROMA, Texas (ValleyCentral) — The Texas Rangers have taken over an investigation in Roma after the city conducted an internal audit and fired the City Finance Director, the city announced. According to a news release from the City of Roma, officials began a process of streamlining office procedures to ensure that policies were “appropriately implemented.” […]
ROMA, TX・1 DAY AGO
ValleyCentral

BROWNSVILLE, Texas (ValleyCentral) — Brownsville police are asking for the public’s help in locating a man accused of stealing a grass trimmer and blower from a residence. Police obtained video surveillance of the incident that occurred Jan. 6 on Timber Drive in which a suspect is seen entering a garage and taking a grass trimmer, […]
BROWNSVILLE, TX・5 DAYS AGO
ValleyCentral

PD: Man wanted for breaking into woman’s home and assaulting her

MCALLEN, Texas (ValleyCentral) — The McAllen Police Department are on the search for a man who they say broke into a woman’s home and assaulted her. Ivan Lee Cantu, 29, is wanted for burglary of habitation with intent to commit a felony, violation of protective order and interference with emergency request for assistance, according to […]
MCALLEN, TX・3 DAYS AGO
ValleyCentral

HOUSTON (KIAH) Blue Bell Ice Cream loves releasing new flavors and now we have a new one for this Valentine’s Day. I ♥ Cereal is a delicious ice cream with the flavor of fruity cereal, combined with confetti sprinkles and coated fruity cereal pieces. To celebrate the New Year and National Ice Cream for Breakfast […]
HOUSTON, TX・4 DAYS AGO
ValleyCentral

CAMBRIDGE, Ohio (WCMH) — An offensive guard on the Philadelphia Eagles, who are two weeks away from playing in Super Bowl LVII, has been indicted in an Ohio court on charges of rape and kidnapping. A Guernsey County grand jury indicted Eagles guard Joshua Sills, 25, from Sarahsville, Ohio for one count of rape and […]
GUERNSEY COUNTY, OH・5 DAYS AGO