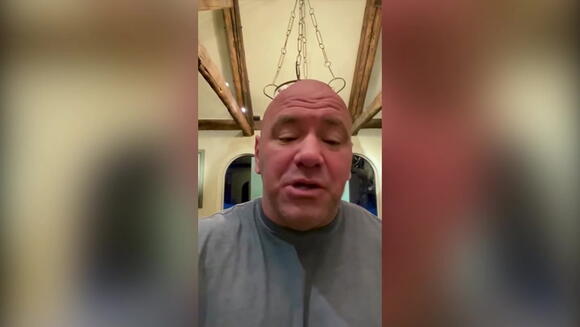 Fernand Lopez trained Ngannou prior to the French-Cameroonian’s UFC heavyweight title win last March, and he has continued to coach Gane all the while.

Ngannou and Gane used to train together at Lopez’s MMA Factory gym in France, and the former teammates are set to become opponents this month in the main event of UFC 270 .

Gane carries the interim heavyweight title into the bout, having obtained the gold in August , and the build-up to the contest has been dominated by conversations around sparring footage of the Frenchman and Ngannou.

Ngannou suggested that the footage involved a form of “manipulation”, something that Lopez has dismissed.

“I rolled my eyes, because it makes no sense,” Lopez told MMA Fighting .

“Let’s put it this way, let’s take the worst-case scenario: The UFC did manipulate the footage. Is it the wrong footage? Why are you concerned about that footage anyway? It’s the f*****g footage. You are not [wearing] the four-ounce gloves, you are not trying to knock Ciryl Gane down.

Ngannou (16-3) won the UFC heavyweight title by knocking out Stipe Miocic last March, avenging a 2018 decision loss to the American in the process.

The 35-year-old is widely considered the most ferocious power-puncher in UFC history. He has secured 12 of his professional MMA wins via knockout. Eight of those 12 KO victories have come in the first round, with three of them earned within the first minute.

Gane, meanwhile, is undefeated at 10-0, with seven stoppage wins to his name. The 31-year-old is known for his speed and technical ability, which are among the most impressive in the heavyweight division.

“You want me to tell you the truth on the video?” Lopez continued.

“The video ends up with Francis Ngannou sitting down in the corner of the gym because he [ate] the knee of Ciryl Gane in the liver. Knee on the body.

“Ciryl went to him: ‘Brother, come up, let’s go, let’s keep going, let’s keep training.’ That’s what happened at the end of the video.

“If you think that there’s something special that you did in the video, please come on, talk.”