What were Netflix’s top TV shows and movies in 2021? 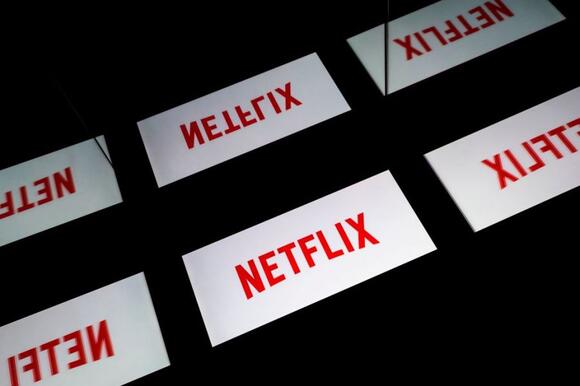 ( ABC4 ) – From Bridgerton to Manifest to Squid Game , plenty of Netflix shows captured public fascination in 2021. But which were the most popular?

According to a report compiled by Reviews.org, CoComelon was 2021’s top TV show and The Secret Life of Pets 2 was the top movie. Runners up in the series category were Manifest and Squid Game and second and third place movies were Home and The Mitchell’s vs. The Machines.

Some of the data in the report might be surprising to Netflix watchers. For instance, why wasn’t Squid Game, which generated such a buzz online and on social media, ranked number one?

This has to do with how the data was collected and compiled. The data analyzed in the report was collected from Flix Patrol, which records the top 10 Netflix shows and movies for every day of 2021. Each title in the report was ranked based on the number of days it appeared in the Netflix top 10 list, while taking into account its position on the list. CoComelon spent a whopping 326 days on Netflix’s top 10 list, while Squid Game only spent 76 in the ranking.

NEW SHOWS: What shows are coming to Netflix in January 2022?

The report also shed light on the preferred genres of Netflix watchers. In general, viewers preferred drama, comedy, action, and crime for both TV shows and movies.

The full lists are included below:

MORE: Crystal Pepsi is (kind of) making a comeback for 30th anniversary Copyright 2022 Nexstar Media Inc. All rights reserved. This material may not be published, broadcast, rewritten, or redistributed.

WASHINGTON (AP) — The top U.S. military officer challenged the next generation of Army soldiers on Saturday to prepare America's military to fight future wars that may look little like the wars of today.
MILITARY・3 DAYS AGO
ABC4

WEST VALLEY CITY, Utah (ABC4) – Two parents have been arrested for allegedly abusing their 8-year-old child repeatedly, leaving him severely bruised. West Valley City Police says the suspects are a 30-year-old father and a 29-year-old mother. The victim is an 8-year-old boy. Officials with the Utah Division of Child and Family Services were alerted […]
1 DAY AGO
ABC4

From the gourmet meals and missions to the VIP perks and room with a droid, here's what the galactic experience was like — and why we'd do it again.
LIFESTYLE・29 DAYS AGO
Hello Magazine

Gwyneth Paltrow is a doting mom to two teenage children, Apple and Moses, who she shares with ex-husband Chris Martin. The family are notoriously private, but over the weekend the award-winning actress gave a rare insight into their upcoming plans - and how they are changing things up this year for Mother's Day.
FAMILY RELATIONSHIPS・28 DAYS AGO
Hello Magazine

Kate Hudson has realized one of her dreams and has taken to Instagram to share the incredible news with her 15 million followers. Sharing two pictures of her looking casual in a pair of baggy dip-dyed trousers and a white tank top, and singing into a microphone, the actress announced a surprising career change.
CELEBRITIES・29 DAYS AGO

Depp said he discovered Disney would not recast him in "Pirates" days after Amber Heard's Washington Post op-ed article was published.
FAIRFAX, VA・29 DAYS AGO
Outsider.com

She’s definitely embracing the Hawaii lifestyle, and now “NCIS: Hawai’i” star Vanessa Lachey is showing off her everyday surrounding to her Instagram followers. “Hawai’i = Home,” Vanessa Lachey declares in her latest social media post. The “NCIS: Hawai’i” star also shares a snapshot of her sitting in a breathtaking area in Hawaii.
HAWAII STATE・28 DAYS AGO
The Independent

A woman has revealed several “red flags” that she found in the apartment of the man she’s dating, which included two books about pregnancy and a woman’s ring.In a recent video shared to TikTok, Devin, @discoveringdevin, filmed herself sitting on a bed and putting her thumb down, as the text reads: “Red flags in his apartment.”She then began by showing four Apple MacBooks, all placed on top of each other, on a desk. “Four laptops…what are you hiding?” Devin wrote in the text over the clip.Next, she documented what appeared to be a “girl’s ring” on a white shelf....
RELATIONSHIP ADVICE・29 DAYS AGO
Popculture

Spring is always a big time for engagements and weddings, and two beloved internet personalities are the latest to update their relationship status. On April 18, Rachel "Seltzer" Quirico revealed she and longtime boyfriend Trevor "TorcH" Housten were tying the knot after 17 years together. Both of them are beloved figures in the esports world, with Seltzer notably starring in the Syfy reality show WCG Ultimate Gamer. She's also hosted numerous esports tournaments and events for TV/streaming outlets; she also made a recent appearance on G4 TV's Boosted.
RELATIONSHIP ADVICE・29 DAYS AGO

LAS VEGAS (KLAS) — As Lake Mead continues to lose water more relics from the past are being exposed along the once underwater shoreline. Over the weekend boaters came across several boats that have probably spent years underwater. Travis Pardee took video and photographs of several of the boats, including one that somehow has surfaced […]
LAS VEGAS, NV・1 DAY AGO
HipHopDX.com

Ice Cube returned from a trip to Morrison, Colorado last week where he performed at the historic Red Rocks Amphitheater alongside Cypress Hill, E-40 and Too $hort for the annual 420 on the Rocks show. Now presumably back at home in Los Angeles, the N.W.A legend has turned his attention...
MORRISON, CO・29 DAYS AGO
ABC4

MOAB, Utah (ABC4) – Police are investigating threats made against a Moab elementary school over the weekend. The Moab Police Department says threats were received on Sunday, targeting the campus of Helen M. Knight Elementary School.  The content of the threats has not been released as authorities continue to investigate the incident. “We do not […]
MOAB, UT・1 DAY AGO
ABC4

PROVO, Utah (ABC4) – With the weather warming up, many are looking for fun and exciting hikes across Utah. One unique hike is beautiful but considered haunted. The Rock Canyon Trail in Utah County has many activities such as rock climbing, horseback riding, rappelling, and caving. The canyon has a rich history as well. In […]
PROVO, UT・1 DAY AGO

PROVO, Utah (ABC4) – The Provo Police Criminal Investigation Division is investigating a robbery that occurred on Friday, May 20. Authorities say the incident happened at 1296 S. State St. in Provo. If you can identify the individual below, or the owner of the vehicle, please contact Detective Fox with Provo Police at bfox@provo.org or […]
PROVO, UT・3 DAYS AGO
ABC4

The culture of Utah rugby

UTAH (ABC4) – The game of rugby has over 400 million fans worldwide, and photojournalist Tainui Wihongi shows how the culture of Utah rugby is like a family that fosters positive youth development.
UTAH STATE・1 DAY AGO
ABC4

SALT LAKE CITY (ABC4) – RoHa Brewing in Salt Lake City was the single recipient of a bar license at last month’s Department of Alcoholic Beverage Control (DABC) meeting.  According to Gastronomic SLC, the brew house spent four months on the waitlist before being granted a bar license, which are hard to come by here […]
SALT LAKE CITY, UT・3 DAYS AGO
Complex

Benzino is once again airing out some family business. After previously calling 50 Cent the “first hip-hop rat,” and getting into various other conflicts with his daughter Coi Leray, the rapper has now name-dropped both of them in a Twitter tirade. On Sunday, Fif took to Instagram to...
CELEBRITIES・29 DAYS AGO