When are the Fifa Best awards and who is nominated in 2022? 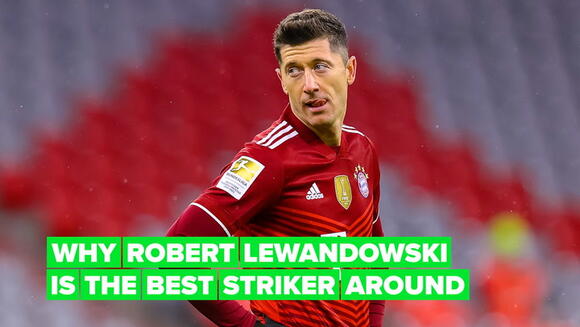 The winners of Fifa’s men’s and women’s player of the year are set to be crowned in the sixth edition of the Fifa Best Awards .

Eleven players have been nominated for each award with three finalists set to be announced ahead of the awards ceremony on Monday 17 January.

Robert Lewandowski is the reigning men’s winner while Lucy Bronze won the women’s award last year. There will also be awards for men’s and women’s coach of the year, goalkeeper of the year, as well as the Puskas award for goal of the year.

The Fifpro men’s and women’s world XIs will also be announced during the awards ceremony. Lionel Messi and Alexia Putellas were the respective winners of the 2021 Ballon D’Or awards, but Fifa’s own awards ceremony has been separate since 2015.

Here’s everything you need to know ahead of the Fifa Best Football Awards 2021.

When are the Fifa Best awards?

The awards ceremony will take place on Monday 17 January in Zurich, Switzerland. They are expected to get underway at 6pm GMT.

It will be streamed live on YouTube and across Fifa’s social media channels.

What awards will be handed out?

Who has been nominated for The Best Fifa men’s player?

Who has been nominated for The Best Fifa women’s player?

Final nominees for the Puskas Award

Fernandinho feels he has achieved everything he intended as he prepares to bid farewell to Manchester City.The veteran Brazilian midfielder will leave City after nine mostly successful years following Sunday’s final Premier League game of the season against Aston Villa.The 37-year-old has won four Premier League titles, six League Cups and one FA Cup since his £30million arrival from Shakhtar Donetsk in the summer of 2013.Champions League success has eluded him, with last year’s runner-up finish the closest he has come to European glory with City, but he does have the chance to sign off with one more Premier League...
PREMIER LEAGUE・7 HOURS AGO
The Independent

Ralf Rangnick may not have brought much to Manchester United but he has at least lent a disarming honesty. Supporters who did not appreciate results and performances could at least appreciate a willingness to tell it like it is, though a number of his players probably didn’t. If some of his predecessors at Old Trafford – a certain supposedly special Portuguese individual, in particular – played the blame game, Rangnick believes in looking in the mirror first.His verdict on his time at Old Trafford was not an attempt to duck responsibility. “We could all have done better, including myself. We...
PREMIER LEAGUE・8 HOURS AGO
The Independent

Tammy Abraham set a new scoring record for an English player in a single Serie A season as Roma secured Europa League qualification with a 3-0 win at Torino.Abraham’s first-half double took his league tally to 17, eclipsing the 16 goals Gerry Hitchens scored for Inter Milan in 1961-62.Roma play Dutch side Feyenoord in the final of the Europa Conference League on Wednesday.🐺 @ASRomaEN wins and get a spot in #EuropaLeague 🔥🇪🇺#TorinoRoma #SerieA💎 #WeAreCalcio pic.twitter.com/2GQ6pZuBnf— Lega Serie A (@SerieA_EN) May 20, 2022But Jose Mourinho’s side could not afford to relax with a top-six place to be claimed.Andrea Belotti went close...
SOCCER・7 HOURS AGO
The Independent

Antonio Conte said he would have thought Daniel Levy was joking had the Tottenham chairman made qualifying for the Champions League a target when he was appointed.The Italian arrived at Spurs in November and was left to pick up the pieces of Nuno Espirito Santo’s ill-fated short stay which saw them heading towards mid-table mediocrity.For a long time, Conte said reaching the top four was a pipe dream as his side battled with wild inconsistency, before eventually accepting it was possible as form and results improved as the season progressed.They are now in pole position to book a return to...
SAN ANTONIO, TX・7 HOURS AGO

No hangover next season if Arsenal miss out on Champions League, insists Mikel Arteta

Mikel Arteta is confident Arsenal will not suffer a hangover next season if they miss out on Champions League qualification this weekend.The Gunners host Everton on Sunday knowing even an emphatic victory will not be enough to clinch fourth spot in the Premier League if rivals Tottenham claim the point they require away to already-relegated Norwich.Arsenal appeared in the driving seat following key wins over Chelsea and Manchester United last month but back-to-back defeats to Spurs and Newcastle mean they look set to settle for fifth in the table.It would still represent progress following consecutive eighth-place finishes, but a warning...
PREMIER LEAGUE・7 HOURS AGO
The Guardian

Wimbledon has been stripped of ranking points for players for this year’s tournament by the ATP and the WTA, following their decision to ban players from Russia or Belarus from competing at SW19.In light of Russia’s invasion of Ukraine, Russian and Belarusian players have been banned by the All England Lawn Tennis Club (AELTC) from all UK grass-court events, which includes the third grand slam of the year.And in a statement, the ATP - who run the men’s world ranking system and weekly tennis tour - intimated they had been left with no decision but to announce that players will...
TENNIS・8 HOURS AGO
The Independent

Liverpool manager Jurgen Klopp insists his side will not stop in their pursuit of Manchester City and trophies whatever the outcome of the title race this weekend.The Reds face Wolves at the weekend needing to better City’s result against Aston Villa, managed by former Liverpool captain Steven Gerrard, to claim a record-equalling 20th championship and a domestic treble.They also have a Champions League final reunion with Real Madrid in Paris on May 28 but even if they miss out on one or both Klopp said his side would not go away next season.“Whatever happens on Sunday we will not stop....
PREMIER LEAGUE・7 HOURS AGO