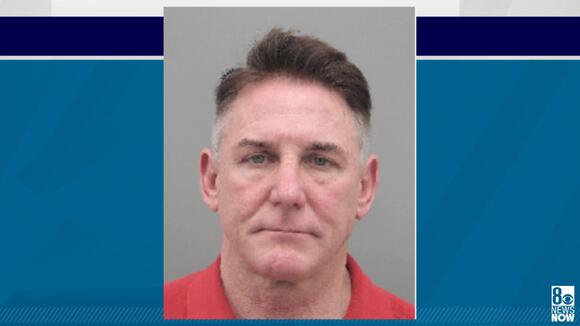 LAS VEGAS (KLAS) — A former psychologist accused of killing his wife with antifreeze and opioids agreed Tuesday to a lesser charge of voluntary manslaughter.

Dr. Gregory “Brent” Dennis, 59, had faced homicide charges in a legal battle spanning years since his wife’s 2015 death. He entered an Alford plea on Tuesday, admitting that prosecutors had enough evidence to convict him in the case, but admitting no guilt.

He agreed to serve 3-10 years in prison.

When Susan Winters, an attorney, died in Jan. 2015, there was enough antifreeze in her system to kill her twice over, officials said.

After the 8 News Now I-Team ran several stories on Winters’ death, Henderson police reopened its examination of the case.

Winters had a lethal amount of oxycodone in her system, and a deadly dose of a chemical from antifreeze. Alone, either one would have killed her.

The death was originally ruled a suicide but that changed after the Winters family hired its own private investigators.

In 2017, the board declined to suspend Dennis’ license even after he admitted use of cocaine, methamphetamine, and other drugs, including instances where he ingested drugs just prior to meeting with his patients. Dennis’ license expired in 2020.

He initially told Henderson police he didn’t know there was any antifreeze in the house but hours later showed them some bottles in the garage.

I-Team: Antifreeze will be key evidence in psychologist’s murder trial

Police took photos but the bottles were not taken into evidence and were gone by the time murder charges were filed a year later.

According to the initial arrest report, Dennis told first responders he suspected Susan had ingested antifreeze because he’d found a page of Internet searches, supposedly made by Susan the night before, seeking information about antifreeze poisoning.

Police took a photo of the search list. But months later, investigators learned the last of the searches was done at 5:15 a.m., a time when Winters was out cold and nearly dead. Ninety minutes after the last computer search, Dennis called 911.

A trial in the case had been scheduled earlier this year but was delayed due to the COVID-19 pandemic.

The maximum sentence for voluntary manslaughter is 10 years. A judge will formally sentence Dennis on May 10.

3~10 years what a joke. if I were to kill my spouse ill be looking at life with out the possibility of parole because of my skin color. that is premeditated murder that's capital murder🧐

A Las Vegas man hit and killed a person crossing a street and then went grocery store, telling police he would go back to the crash site after shopping, officers with Las Vegas Metro police said.
LAS VEGAS, NV・2 DAYS AGO
8 News Now

A man injured when a gas station clerk shot him after an argument that began over not wearing a mask -- before the clerk turned the gun on himself – is now suing the company.
LAS VEGAS, NV・2 DAYS AGO
8 News Now

LAS VEGAS (KLAS) — Las Vegas police have arrested a man accused in a road rage shooting in the southeast valley. It happened on Wednesday around 4 p.m. on the I-15 near Silverado Rancho. Marcus Herbert could face several charges including assault with the use of a deadly weapon, discharging a gun at an occupied […]
LAS VEGAS, NV・3 DAYS AGO
8 News Now

Police have issued an Amber Alert for Las Vegas and the surrounding areas
LAS VEGAS, NV・2 DAYS AGO

LAS VEGAS (KLAS) — A man is facing multiple charges after posing as a health inspector and entering fast-food restaurants in order to steal from them. According to the arrest report, 22-year-old Dimitar Kolev chose fast-food restaurants because he thought the young kids working there would be “easy to manipulate.”   On July 3, Las Vegas […]
LAS VEGAS, NV・3 DAYS AGO
Vice

In the afternoon of July 28 at the Temple Episcopal Hospital in Philadelphia, chaos reigned. Patients in a psychiatric ward at the hospital were fighting each other, more patients were being admitted, another was attempting to escape, and other patients—including people whose ability to give consent was questionable—were engaging in sexual intercourse with each other.
PHILADELPHIA, PA・4 DAYS AGO
8 News Now

A suspected impaired driver was traveling nearly 80 mph down the Las Vegas Strip when she collided with another car, killing its driver, Las Vegas Metro police said.
LAS VEGAS, NV・2 DAYS AGO
hotnewhiphop.com

Back in April, we reported on the stabbing of Christian Obsumeli. The 27-year-old passed away from the injuries which were brought on by his girlfriend, OnlyFans model, Courtney Tailor. Although the fatality happened months ago, Courtney has just now been apprehended for her heinous actions. A few days ago, the...
PUBLIC SAFETY・1 DAY AGO

LAS VEGAS (KLAS) – A Las Vegas man is facing several charges, including DUI, after allegedly hitting a pedestrian before driving off and hitting three other cars. Luis Burciaga-Nunez was arrested after one of several pedestrian crashes on Tuesday morning. According to his arrest report, he struck the pedestrian with the front of his car […]
LAS VEGAS, NV・3 DAYS AGO
8 News Now

A man filed a lawsuit in Las Vegas district court Thursday after he said he was injured when part of a grocery store collapsed onto him, court documents said.
LAS VEGAS, NV・3 DAYS AGO
8 News Now

LAS VEGAS (KLAS) — A rideshare passenger was hospitalized after a shooting during her ride near the central Las Vegas valley Monday morning. Police said the passenger was being driven to the area of Decatur and Charleston boulevards at around 3:30 a.m. when a man got out of an SUV, walked up to the rideshare […]
LAS VEGAS, NV・5 HOURS AGO
8 News Now

Las Vegas Metro police are investigating an officer-involved shooting in the northeast valley near Pecos and Cheyenne that started with a robbery.
LAS VEGAS, NV・3 DAYS AGO

A Washington man is facing weapons and drug charges after troopers stopped him for speeding in Elko County and found him with unmarked firearms and about 7 pounds of marijuana, Nevada State Police said Sunday.
ELKO COUNTY, NV・1 DAY AGO
8 News Now

Thursday night's heavy rain, flooded areas of town however one community told 8 News Now that this has happened more than once and it should not have happened the first time.
LAS VEGAS, NV・2 DAYS AGO
8 News Now

A 16-year-old Eldorado High School student accused of sexually assaulting his teacher has been indicted on 10 counts including attempted murder and first-degree kidnapping.
LAS VEGAS, NV・2 DAYS AGO
8 News Now

LAS VEGAS (KLAS) — Rain, wind, lightning, and thunder hit the north end of Las Vegas valley Thursday evening. An 8 News Now viewer sent in a video after lightning hit a tree in a North Las Vegas neighborhood near Clayton and Washburn. A storm cell over the Sheep Range managed to create some storms […]
LAS VEGAS, NV・3 DAYS AGO
8 News Now

1 person is dead after Thursday night flooding in Las Vegas

LAS VEGAS (KLAS) — One person is dead after monsoonal flooding in Las Vegas on Thursday night. Clark County Fire and Metro were called for a swift water rescue at approximately 10:30 p.m. for a person in a flood channel near Giles and Mandalay Bay Road. Multiple CCFD emergency vehicles arrived, as well as a […]
LAS VEGAS, NV・3 DAYS AGO
8 News Now

Video from inside Planet Hollywood on the Las Vegas Strip showed rain pouring through the casino ceiling. It was a repeat of a similar scene just weeks ago when another severe thunderstorm rolled through.
LAS VEGAS, NV・3 DAYS AGO