Betty White was 'champion of the animal world,' friend of Columbus Zoo and Jack Hanna 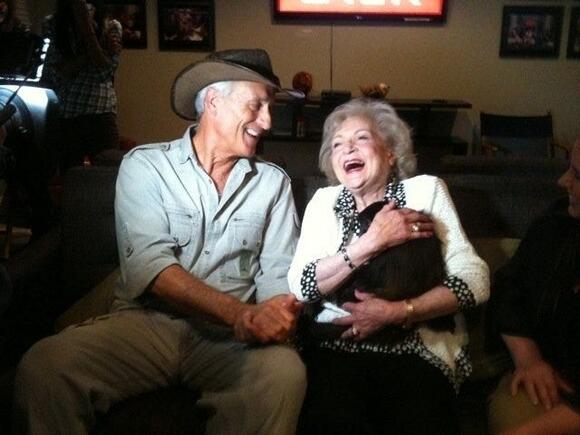 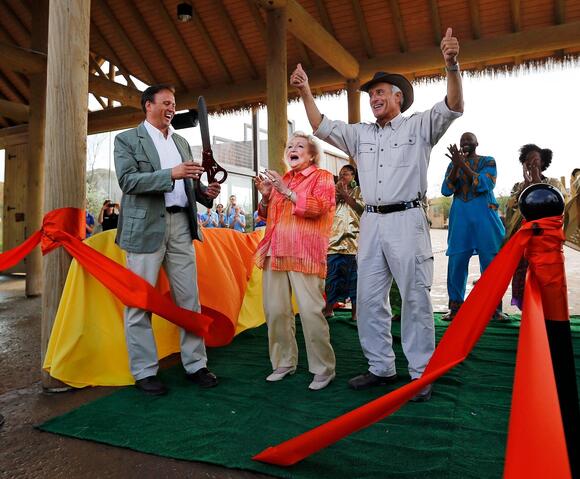 Betty White was a longtime supporter of the Columbus Zoo and Aquarium, and of its former director, Jack Hanna.

White died Friday at age 99. She was a television mainstay for more than 60 years, whether as a man-crazy TV hostess on “The Mary Tyler Moore Show” or the loopy housemate on “The Golden Girls."

The $30.4 million exhibit marked a major expansion for the zoo. According to news reports, White cried and told Hanna that she had finally been to Africa after seeing the exhibit.

"Our hearts are heavy hearing of the passing of our friend Betty White. We cherish the fond memories of her most recent visit to the Columbus Zoo and Aquarium when she was our guest of honor at the opening of the Heart of Africa region in 2014 with her dear friend Jack Hanna.

"Betty was a wonderful person, a supporter of the Columbus Zoo, and a true champion for all animals. She will be greatly missed."

"We are heartbroken by the passing of our dear and special friend, Betty White. Jack first met Betty in the late ‘70s and we have considered her a cherished family friend ever since. Betty was a champion for the animal world. We were so grateful and blessed to have known her."

For Hanna's 40th anniversary at the zoo in 2018, White issued a statement that said, "The zoo world and the animal world at large are far better off for having Jack in them. And let's face it ... he just keeps getting better looking, so I hope he's around for a long, long time!"

When Colo, the first gorilla born in captivity, turned 60 in 2016, White weighed in, too. She posted a video on the zoo's Facebook page, wishing the gorilla a Happy Birthday and saying, "I love you sweetheart."

At one point White was trustee and president emeritus of the Morris Animal Foundation and was on the board of the Los Angeles Zoo.

In 1996, she spoke at a Columbus Zoo fundraiser that benefited a Rwandan orphanage and mountain gorillas in Rwanda, according to news reports.

"My love of animals began in the womb," she said. "I grew up finding animals the most fantastic friends on Earth."

White launched her TV career in daytime talk shows when the medium was still in its infancy and endured well into the age of cable and streaming. Her combination of sweetness and edginess gave life to a roster of quirky characters in shows from the sitcom “Life With Elizabeth” in the early 1950s to oddball Rose Nylund in “The Golden Girls” in the ’80s to “Boston Legal,” which ran from 2004 to 2008.

But it was in 2010 that White’s stardom erupted as never before.

In a Snickers commercial that premiered during that year’s Super Bowl telecast, she impersonated an energy-sapped dude getting tackled during a backlot football game.

“Mike, you’re playing like Betty White out there,” jeered one of his chums. White, flat on the ground and covered in mud, fired back, “That’s not what your girlfriend said!” 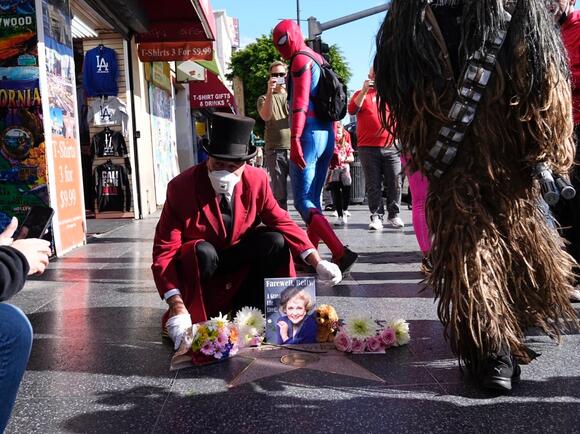 Such was her popularity that even White’s birthday became a national event: In January 2012, NBC aired “Betty White’s 90th Birthday Party” as a star-studded prime-time special. She would later appear in such series as “Bones” and Fireside Chat With Esther” and in 2019 gave voice to one of the toys, “Bitey White,” in “Toy Story 4.”

White remained youthful in part through her skill at playing bawdy or naughty while radiating niceness. The horror spoof “Lake Placid” and the comedy “The Proposal” were marked by her characters’ surprisingly salty language. And her character Catherine Piper killed a man with a skillet on “Boston Legal.”

Information from the Associated Press was used in this story.

This article originally appeared on The Columbus Dispatch: Betty White was 'champion of the animal world,' friend of Columbus Zoo and Jack Hanna

Celebrities often go into various endeavors besides acting. Their fame can be used as an excellent marketing tool and they usually have the finances to back up their enterprises. Celebrity doesn't always equate to success, however. Take for example Steven Speilberg's themed restaurant Dive!, which didn't survive; or Britney Spears' New York restaurant Nyla, which didn't last long either. Of course, there have been plenty of celebrity success stories as well, such as Hugh Jackman's The Laughing Man Coffee Shop or Ryan Reynold's Aviation Gin. What we don't see that often, though, is a celebrity trying the same style of business again once it has failed.
AUSTIN, TX・2 DAYS AGO
Distractify

“King of Pop” Michael Jackson’s family has been all over the news lately. The late pop star’s ex-wife Lisa Marie Presley passed away on Jan. 12. His daughter, Paris Jackson, attended the Los Angeles premiere of the documentary Pamela, a love story on Monday, Jan. 30. And that same day, Michael’s son Prince Jackson congratulated cousin Jaafar Jackson on his role as the “Thriller” singer in the upcoming biopic Michael. But what about Michael’s other son? Where is Blanket Jackson now?
LOS ANGELES, CA・18 HOURS AGO
Herbie J Pilato

He was one of the most popular teen idols in the history of entertainment. As the star of the 1970s hit TV series, The Partridge Family, he rocketed to fame and then died too young.
2 DAYS AGO
HollywoodLife

Cindy Williams was a successful actress known for her work on Laverne & Shirley. She was only married once, to Bill Hudson. Bill is notably also the ex-husband to actress Goldie Hawn. On Jan. 30, 2023, news broke that Cindy had died just five days prior at the age of...
1 DAY AGO
Showbiz Cheat Sheet

After 'Gunsmoke,' the actor faced health challenges that ultimately killed her. Here's Amanda Blake's cause of death and a possible reason why her friends said she died of throat cancer.
KANSAS STATE・3 DAYS AGO
Herbie J Pilato

He was a teen movie idol sensation, a major TV star for decades, and the son of legendary actress Helen Hayes. His name was James MacArthur, and he died too young. As documented by The Associated Press and FoxNews.com, MacArthur enjoyed a career that spanned over forty years. He was best known for his role as Detective Danny "Danno" Williams on the original version of the television crime drama, Hawaii Five-0, which aired on CBS from 1968 to 1980. Episodes often concluded with detective Steve McGarrett, the lead character (as played by Jack Lord), speaking what became the famed pop-culture catchphrase: "Book 'em, Danno."
2 DAYS AGO
The Columbus Dispatch

Jay Leno has long been a uniquely durable presence in American pop culture. Whether as a stand-up comic, a two-time host of “The Tonight Show” (1992-2009 and 2010-2014) or as the face of a fresh version of the iconic game show “You Bet Your Life,” Leno keeps turning up on stages and on our TV sets.
NEW ALBANY, OH・1 DAY AGO
The Columbus Dispatch

After enjoying a successful headlining tour last year, Australian rapper The Kid LAROI is hitting the road again with his 2023 "Bleed For You Tour," which will stop at the Schottenstein Center on March 28. Tickets go on sale at noon Friday at Bleed4You.com. Born Charlton Howard in Sydney, The...
14 HOURS AGO