Celebrating the New Year in a safe manner 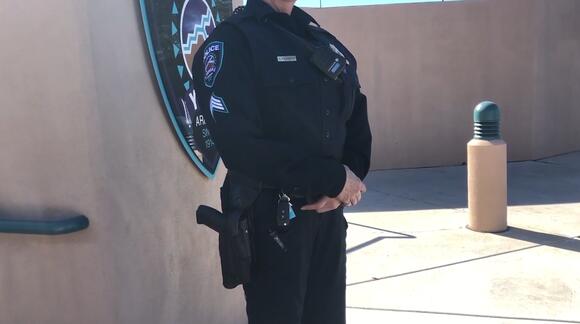 YUMA, Ariz. (KYMA, KECY) - This New Year’s weekend the Yuma Police Department (YPD) is warning locals to be on the lookout for those shooting a gun into the air, within the city limits.

It’s something that could have a devastating ending.

In the state of Arizona, Shannon’s Law went into effect after a 14-year-old Phoenix girl died after being hit by a stray bullet.

Violating this law is a class six felony.

“We don't want to tell people not to have fun. Definitely not asking for that. But what we want is for those to celebrate in a safe way, what goes up comes down. And so just because you're shooting off around st in your house doesn't mean that it's going to come down exactly there. It's going to come down somewhere else,” Fernandez explained.

If you’re out on the roadways, as always, don’t drink and drive.

Both YPD and the Yuma County Sheriff’s Office (YCSO) will be looking out for those driving erratically or not obeying traffic laws.

If you do notice anything suspicious whether it be on the road or in your neighborhood contact your local law enforcement.

The post Celebrating the New Year in a safe manner appeared first on KYMA .

The Yuma Silver Spur Rodeo announced on their Facebook today that there have been ticket scammers pretending to be them by selling tickets at high prices. The post Local rodeo raises awareness of ticket scammers appeared first on KYMA.
YUMA, AZ・1 DAY AGO
KYMA News 11

Black Friday shopping at the border

Community comes together to help veteran

One person died in a car accident this afternoon in Yuma. The post Fatal crash on 32nd street in Yuma appeared first on KYMA.
YUMA, AZ・4 DAYS AGO
KYMA News 11

YPD urges Yumans to be cautious during holiday season

Cases of the flu are on the rise, and the Yuma Regional Medical Center (YRMC) is combating against it. The post YRMC modifies visitor restrictions ahead of flu season appeared first on KYMA.
YUMA, AZ・3 DAYS AGO
KYMA News 11

Three vehicle occupants attempted to abduct a child, but the child ran away as a result. The post Attempted child abduction in Yuma, YPD responds appeared first on KYMA.
YUMA, AZ・7 DAYS AGO
KYMA News 11

Just in time for Christmas, Santa Claus is coming to Calexico

Santa Claus and his elves will travel from the frigid North Pole to the very tropical Calexico. The post Just in time for Christmas, Santa Claus is coming to Calexico appeared first on KYMA.
CALEXICO, CA・4 DAYS AGO
KYMA News 11