Suspect charged for homicide on Airways 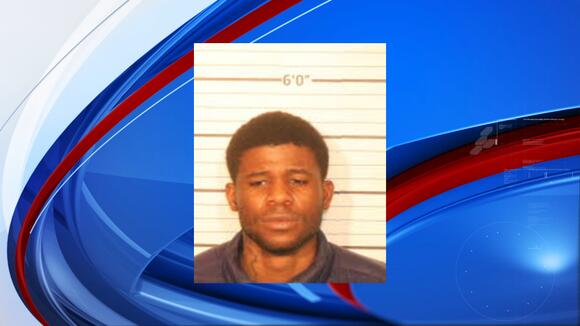 MEMPHIS, Tenn.– A man is facing charges after police say he shot a man near the airport last week.

Shooting off Airways and Dwight sends one to hospital

Fitzpatrick with transported to Regional One in critical condition but did not survive his injuries.

Prewitt was arrested and charged with first-degree murder and convicted felon in possession of a handgun. He was previously convicted of criminal attempt second-degree murder on November 20, 2017 to a term of eight years.

NEXT: Fight during hair appointment leads to shooting Copyright 2022 Nexstar Media Inc. All rights reserved. This material may not be published, broadcast, rewritten, or redistributed.

MEMPHIS, Tenn. — Two teens are behind bars and facing several charges after Shelby County Sheriffs said they were spotted trying to break into vehicles in Southeast Memphis. Two seventeen-year-olds have been arrested and charged with several offenses. Due to the fact they are minors, authorities have not released their names. Both suspects have been […]
MEMPHIS, TN・10 HOURS AGO
WREG

MEMPHIS, Tenn. — Memphis Police are searching for suspects after responding to a business burglary call on November 25 at the Boost Mobile in the Berclair neighborhood. MPD said the incident occurred around 6:30 a.m. on the 5000 block of Summer Ave. Police posted a video of three people entering the store by breaking out […]
MEMPHIS, TN・13 HOURS AGO
WREG

MEMPHIS, Tenn. — Another pedestrian was killed by a hit-and-run driver in Memphis. This time, she was a mother of two. A woman was hit and killed on Saturday night while crossing Jackson Avenue in Nutbush. According to MPD, officers responded to a hit-and-run crash just before 9 p.m. at Jackson Avenue and Orchi Road. […]
MEMPHIS, TN・19 HOURS AGO
WREG

MEMPHIS, Tenn. — A man is facing serious charges after an altercation in Parkway Village in July, MPD says. Bryan Williams has been charged with attempted second degree murder, employment of a firearm during a dangerous felony, and being a convicted felon in possession of a handgun (class B felonies). Memphis Police responded to a […]
MEMPHIS, TN・18 HOURS AGO
WREG

One dead after Frayser shooting

MEMPHIS, Tenn. — A shooting in Frayser is in under investigation after Memphis Police discovered a man shot to death inside of a vehicle, but that’s not all officers found when they looked inside.  The shooting happened around midnight Friday, at time when many people were preparing for bed. In life there are consequences for […]
MEMPHIS, TN・1 DAY AGO
WREG

MEMPHIS, Tenn. — One person is dead and another man in custody after a shooting in Sardis, MS on Friday. The Panola County Sheriff said it happened near Belmont Road around 9:30 a.m. Two men were sitting together in a car when one man shot the other. The car they were in crashed into the […]
SARDIS, MS・2 DAYS AGO
WREG

MEMPHIS, Tenn. — The holidays can be difficult for those grieving the loss of a loved one, and especially for parents dealing with the loss of a child to gun violence in Memphis. One local organization is coming together to support them during this difficult time. These are the faces of some of the children […]
MEMPHIS, TN・9 HOURS AGO
WREG

MEMPHIS, Tenn. — Two children are recovering after being shot in Southwest Memphis Wednesday night. A 15-year-old boy and a 9-year-old girl were injured when numerous shots were fired into a house on the 4000 Block of Westmont Road near Raines. Police say it happened just before midnight. Both juveniles were transported to LeBonhuer in […]
MEMPHIS, TN・3 DAYS AGO
WREG

MEMPHIS, Tenn.– A woman and three children were rushed to the hospital following a two-vehicle crash in Raleigh Thursday afternoon. Police say the crash happened at Ridgemont Avenue and New Allen Road around 1 p.m. One child was transported to Le Bonheur in critical condition. The other two children were taken to the hospital in […]
MEMPHIS, TN・3 DAYS AGO
WREG

MEMPHIS, Tenn.– One person is injured after a shooting in North Memphis Thursday evening. Police responded to the shooting in the 400 block of North Dunlap Street just after 5 p.m. The male victim was taken to Regional One in a private vehicle. Police say he is in critical condition. No suspect information has been […]
MEMPHIS, TN・3 DAYS AGO
WREG

MEMPHIS, Tenn.– Memphis Police have released video of a suspect vehicle following a shooting outside a health clinic in Orange Mound Wednesday. The shooting happened in the 1000 block of Haynes Road outside of the Shelby County Health Department’s Cawthorn Clinic around 10 a.m. According to police, officers found an 18-year-old male inside a vehicle […]
MEMPHIS, TN・3 DAYS AGO
WREG

MEMPHIS, Tenn. — A woman’s car was stolen in a carjacking Friday at a gas station on Germantown Parkway, police said. At 1:26 p.m., officers responded to a carjacking in the Trinity Commons shopping center at 676 Germantown Parkway. The victim’s blue Nissan Maxima was taken, and she was transported to Methodist Germantown in noncritical […]
MEMPHIS, TN・2 DAYS AGO
WREG

MEMPHIS, Tenn. — Four people have been rushed to the hospital following a crash in Northaven Friday morning. The single-person crash happened around 7:30 a.m. Shelby County deputies say the vehicle struck a pole at  Circle Road and William Cary Dr Three crash victims were taken to Regional One in critical condition and the fourth […]
SHELBY COUNTY, TN・2 DAYS AGO
WREG

Crash on I-55 leaves one dead, one critical

MEMPHIS, Tenn. — Memphis Police responded to a vehicle crash Saturday near Interstate 55 and Shelby Drive. One person was taken to Regional One Hospital in critical condition, and another was pronounced dead on the scene. Police are actively investigating. WREG will update as more information becomes available.
MEMPHIS, TN・1 DAY AGO
WREG

MEMPHIS, Tenn. — Police have made an arrest in the fatal shooting of a 16-year-old girl in Parkway Village. Police responded to the shooting around 8 p.m. on Curtis Street. Takiyah Nelson was inside a home with friends when a gun went off and she was struck in the head. She was taken to LeBonheur […]
MEMPHIS, TN・3 DAYS AGO
WREG

Man charged with rape of minor at Collierville church

MEMPHIS, Tenn. — A 36-year-old man has been arrested on rape and kidnapping charges after an incident involving a minor at a Collierville church. Adam Perry of Olive Branch, Mississippi, is charged with aggravated rape, sexual battery by an authority figure and aggravated kidnapping. Court records show he was indicted by a grand jury Monday […]
COLLIERVILLE, TN・4 DAYS AGO
WREG

MEMPHIS, Tenn. — A pedestrian has died following a crash on Highway 51 North early Wednesday morning. According to the Shelby County Sheriff’s Department, the pedestrian was struck on the highway near Fite Road just after 6 a.m. He was later pronounced dead by Memphis Fire. Shelby County Deputies along with Tennessee Highway troopers investigated […]
MEMPHIS, TN・4 DAYS AGO
WREG

MEMPHIS, Tenn. — As yet another mass shooting affects the country, a mental health expert explains why it is crucial to talk about issues you may see or feel. On Tuesday, a manager at a Walmart in Virginia went on a shooting rampage. Detectives say the gunman killed six people and injured at least six […]
MEMPHIS, TN・4 DAYS AGO