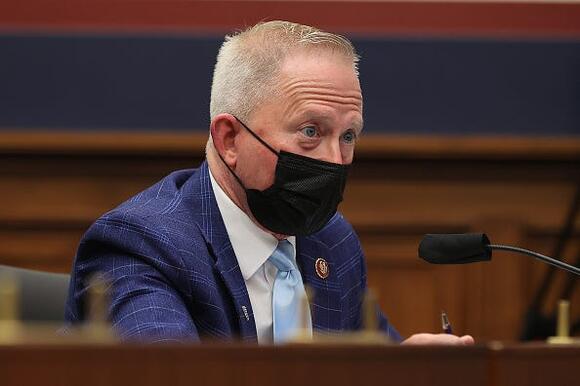 DENNIS TOWNSHIP, N.J. (WCBS 880) -- A New Jersey congressman wants to see Dr. Anthony Fauci ousted as COVID-19 cases skyrocket across the country and in his own state.

Rep. Jeff Van Drew is now among a handful of Republican officials who are asking for Fauci’s ousting. He said the National Institute of Allergy and Infectious Diseases director has been “wrong time and time again” and suggested there are better options out there.

“President Biden needs to surround himself with the best team available consisting of researchers, physicians, epidemiologists, and pharmacists,” said Van Drew, according to NJ.com . “Our people deserve nothing but honesty and transparency from our elected officials and public health officials.”

Van Drew also expressed annoyance over the change in COVID quarantining protocols for asymptomatic people, which were reduced to five days by the CDC.

“The latest example of Dr. Fauci and the CDC shoving orders down the American people’s throat with no clear justification is the time spent quarantining … when will this end?” Van Drew said, according to NJ 101.5.

Fauci defended the CDC's change on NewsNation , saying, "The reason is that now that we have such an overwhelming volume of cases coming in, many of which are without symptoms, there's the danger that this is going to have a really negative impact on our ability to really get society to function properly."

The 68-year-old represents a large portion of southern New Jersey. He was a Democrat until 2020, when he switched parties and scored praise from former President Donald Trump.

Why is it ALWAYS the repukelicans that seem to the most most uneducated of all ? Oh, I forgot, they have already been proven to be the least educated our nation has to offer. That's sad. And if the have better ideas why not tell us about them.