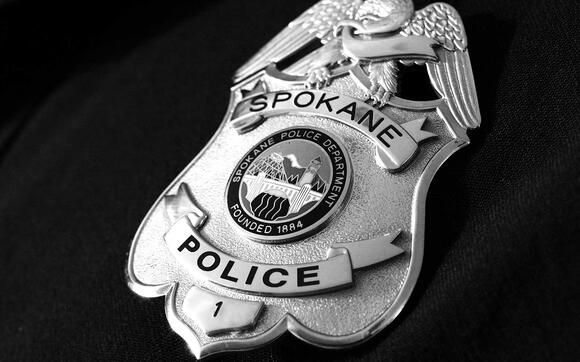 2021 was full of challenges but also bright spots for SPD and we are pleased to highlight a few accomplishments.

In a time when many departments nationwide are struggling to attract applicants, SPD saw a 75% increase in individuals applying for police officer positions compared to 2019 numbers. Focused recruiting efforts have been successful in both increasing the overall number of applicants (762 in 2021), and diversifying the applicant pool. Almost one third of applicants are from groups historically underrepresented in law enforcement (female and minority populations) and more than one third of the 24 police officers hired in 2021 come from those groups.

SPD received a grant for 2022 to fund increased and innovative recruiting efforts specifically designed to bolster applicant numbers and further diversify the applicant group. Stay tuned to see the ways SPD utilizes this opportunity to find the best officers for our community!

SPD’s Behavioral Health Unit (BHU) grows with continued positive diversions in its second year of operations. In partnership with the Sheriff’s Office, the Spokane Valley Police Department, and Frontier Behavioral Health, the BHU diverts people in crisis from being arrested or seeking treatment in hospital ER’s when other options may better meet their needs while keeping the community safe. Often these people experience co-occurring disorders including mental health and substance abuse. BHU diversions result on average in more than 75% of people contacted having an outcome other than jail or hospital. In 2021, the BHU team grew from 4 co-responder teams to 7 co-responder teams which allows:

SPD Detectives solve the oldest and most notorious homicide in Spokane. In November SPD announced it had identified the man who raped and killed 9-year old Candy Rogers, 62 years ago. The little girl was out selling campfire mints on a March evening in 1959 when she disappeared. For 16 days an entire community searched for Candy until her body was found in a remote area 7 miles from her home. A massive, exhaustive investigation involving multiple law enforcement agencies began to find Candy’s killer. Throughout the decades, numerous Spokane Police detectives picked up Candy’s case, but endless tips and thousands of hours of detective work always lead to another dead-end.

Then in early 2021, SPD Sgt. Zac Storment learned of a forensic genealogy company that was able to take a 62-year-old DNA sample from Candy’s clothing, input it in a database, and narrow potential matches down to three Spokane brothers. One of them was John Reigh Hoff who killed himself 11 years after Candy was killed. With a suspect name in hand, detectives got to work tracking down family members. One daughter, upon learning her father may have killed Candy, willingly submitted her DNA .The results of an analysis showed her DNA was 2.9 million times more likely related to the suspect DNA profile than the general population. Even with that certainty, detectives sought even more conclusive proof. They obtained a search warrant to exhume Hoff’s body and obtain a DNA sample to compare to the specimen collected from Candy’s clothing. It was a definitive match with a probability threshold indicating it was 25 quintillion times more likely that the sample from Candy came from Hoff than from an unrelated person chosen at random from the general population. Letters, calls, emails, and social media comments continue to pour into SPD thanking the many detectives over the years who never gave up on solving Candy’s murder. Solving this case has allowed closure for not only Candy’s family members, but for a community that never forgot her.

SPD processes hundreds of rape kits backlogged for submission to Washington State Patrol labs. Early this year SPD received grant money under the Sexual Assault Kit Initiative Project to assign two detectives to submit and review some 1,500 rape kits. The cases related to the kits include sexual assault reports filed July 15, 2015 and prior. The kits are stored at SPD and submitted to state crime labs as their capacity to analyze the kits allows. State crime labs have now tested nearly 800 kits which detectives continue to review as results are returned. Detectives analyze each case to determine which ones are likely solvable or may otherwise result in a meaningful conclusion for sexual assault survivors, and which cases warrant closing out.  Even when testing results in a CODIS (Combined DNA Index System) hit - meaning DNA evidence matches a profile registered in the federal database – there’s no guarantee a case will be solved, but it may just be the missing link. Detectives have successfully identified and charged several people in a number of these cold case rapes. Grant money exists to continue this work in 2022.

SPD is honored and humbled to have such strong community support. Again this year you showed up time and again to support SPD whether it was by attending a police department event, providing food and treats to lift up officers, or by offering a wave and smile to officers on the streets. That effort means a lot to our officers who often run call to call serving the community. Through December 29th – SPD responded to and/or handled 223,367 Call for Service Incidents this year. Many of you took the time and energy to let us know you appreciate your police force. In 2021 we received 214 commendations in the form of emails, letters, phone calls, etc. The commendations continue to outpace the number of complaints filed with SPD, this year by 70-percent. We have launched a commendations page on our website where you can read about some of the amazing things officers do that the public would never hear about if it weren’t for someone taking the time to contact SPD and say thanks. SPD says thanks back to you and here’s to a peaceful, productive, New Year!