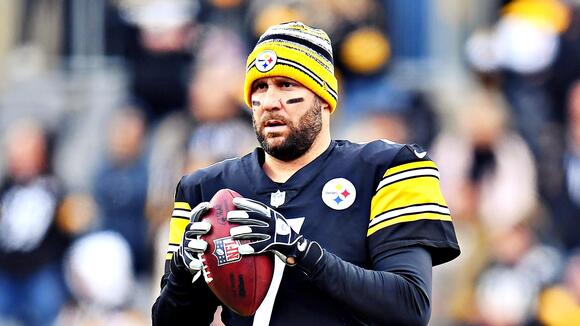 In the video above, Chris Broussard & Rob Parker react to Ben Roethlisberger's recent comments indicating that he'll likely be playing his final game as a Pittsburgh Steeler in Pittsburgh when they take on the Cleveland Browns on Monday. Rob Parker makes the case that Big Ben had no business being a Steeler in 2021.

Rob Parker: "I'm gonna go off on the Pittsburgh Steelers organization. They're the ones who kept him one year too long. The handwriting was on the wall a year ago. And they didn't have a backup plan. They should've drafted a quarterback a couple of years ago or last year or whatever you wanna do, but they had to have somebody ready. When Big Ben came back and took a pay cut just to stick around, you already knew you were getting a discounted quarterback because he had to take a pay cut to even be on the team. So you knew what you were getting. You weren't getting steak, you were getting chop liver. Bill Belichick is famous for getting rid of somebody a year too early than a year too late. That's what good teams do. The Steelers were in their feelings. They're living in the past."

Supermodel Gisele Bündchen was spotted with a new man over the weekend for the first time since her divorce from Tampa Bay Buccaneers quarterback Tom Brady last month.
11 DAYS AGO
FOX Sports Radio

LeSean McCoy says the Chicago Bears need to focus on getting their quarterback right rather than surrounding second-year quarterback Justin Fields with ‘weapons’.
CHICAGO, IL・2 DAYS AGO
Falcon Report

Falcons OL Controversy: Who Starts at LG vs. Commanders?

The Atlanta Falcons have a decision to make regarding the starter at left guard for Sunday's game against the Washington Commanders, and coach Arthur Smith seems to have tipped his cap.
ATLANTA, GA・11 MINUTES AGO
AZCentral | The Arizona Republic

'Kind of a rollercoaster': The Arizona Cardinals' 2022 season has been one thing after another

If it feels like the Arizona Cardinals’ entire 2022 season to date has been a sideshow, an unexpected three-ring circus, and a carnival full of errors, missteps, and misdeeds, it’s because it has been just that. And don’t forget, after Sunday’s meeting against the Chargers at State Farm Stadium, there are still at...
TEMPE, AZ・11 MINUTES AGO
Fox Sports Radio

Colin Cowherd Says this Player is the NFL's Most Disrespected Player

Colin Cowherd says this player is the ‘most disrespected player in the NFL’.
2 DAYS AGO
FOX Sports Radio

Brady Quinn shares his conspiracy theory behind an unknown suspect trespassing onto FirstEnergy Stadium and "turfing" the field with a golf cart.
CLEVELAND, OH・2 DAYS AGO
Fox Sports Radio

Aaron Judge, who is in San Francisco currently has met with the San Francisco Giants already and has received a recruiting pitch from one of the team’s veterans and former Dodger.
SAN FRANCISCO, CA・2 DAYS AGO