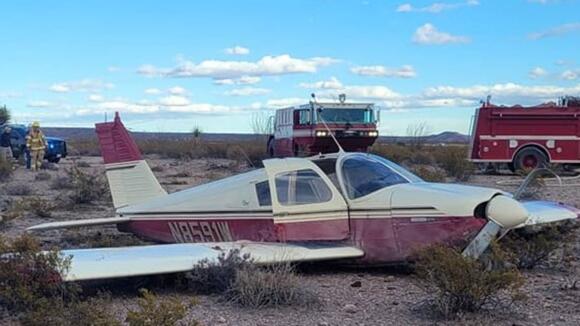 According to the Presidio County Sheriff’s Office, the plane crashed north of the Presidio International Airport, located near the U.S.-Mexico border, KVIA-TV reported.

Investigators said the excess weight of the smuggled passengers -- six people in a four-seat aircraft -- was the likely cause of the crash, the television station reported. The plane was also low on fuel, KFOX-TV reported.

“Deputies arrived on (the) scene and assisted the injured passengers where they discovered that the crash was a smuggling attempt gone wrong,” the sheriff’s office said in a news release. “The pilot attempted to smuggle several undocumented individuals from Presidio by air.”

Deputies said the pilot left the scene and was being sought by authorities, KVIA reported.

Some of the injured passengers were taken to hospitals in El Paso for treatment, according to the television station.

The investigation is ongoing, the sheriff’s office said.

PITTSBURGH — The Pennsylvania Supreme Court has ruled that a man convicted of third-degree murder in a Thanksgiving Day 2016 crash that killed three people following a police chase can be sentenced to a mandatory life prison term. The Tribune-Review reports that the state’s highest court cited what it...
NORTH VERSAILLES, PA・3 DAYS AGO
WPXI Pittsburgh

HARRISON TOWNSHIP, Pa. — A swimming pool business was destroyed in a massive fire on Freeport Road. According to Allegheny County 911, crews were called to the scene of the 4-alarm blaze at 2:14 p.m. Channel 11′s crew at the scene saw Country Pools & Spas on Freeport Road...
HARRISON CHARTER TOWNSHIP, MI・5 DAYS AGO
WPXI Pittsburgh

SPRINGVILLE, Pa. — A new water line will deliver something that residents of a rural Pennsylvania community have gone without for the last 14 years — a clean, reliable supply of drinking water — after a public utility on Tuesday released the first details of a plan to mitigate the damage that a gas driller is charged with causing.
DIMOCK TOWNSHIP, PA・4 DAYS AGO
WPXI Pittsburgh

DORMONT, Pa. — On the third Monday of every month you can find a free hot meal at the North Way Christian Community Church in Dormont. The nonprofit group Grow Living Stones serves it up. Harvey Totty has been volunteering with his family for a year and half. “I...
DORMONT, PA・4 DAYS AGO
WPXI Pittsburgh

HARRISBURG, Pa. — Inflation is gift-wrapping another big salary increase for hundreds of Pennsylvania state lawmakers, judges and top executive branch officials in 2023, including boosting rank-and-file lawmakers and district judges into six-figure territory. For many of these positions, it’s the biggest increase since the 1990s, when lawmakers passed...
PENNSYLVANIA STATE・4 DAYS AGO