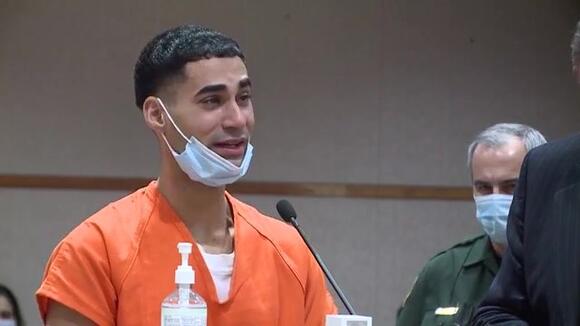 The owner of a dog spa was arrested in Lewis County after being accused of faking the disappearance of a dog that died in his care.
LEWIS COUNTY, TN・9 HOURS AGO
WKRN News 2

A 54-year-old New Johnsonville man has been arrested on charges of arson and vandalism in connection with a camper fire that broke out over the weekend.
CAMDEN, TN・1 DAY AGO
WKRN News 2

A woman is facing an assault charge in connection with an incident from last week involving an elected official in Williamson County.
WILLIAMSON COUNTY, TN・10 HOURS AGO
WKRN News 2

A Cheatham County man's hard work was left in flames, and now an arson investigation is underway after flare gun casings are found near the farmer's burning barn.
CHEATHAM COUNTY, TN・1 DAY AGO
WKRN News 2

A man has died after he allegedly attacked his mother in Montgomery County.
MONTGOMERY COUNTY, TN・2 DAYS AGO
WKRN News 2

Fugitive in custody in Middle TN after being shot, going to hospital

A fugitive who's been on the run for the better part of two years is now back behinds bars in Cheatham County after someone shot him in the leg last week, sending him to the hospital and resulting in his arrest.
CHEATHAM COUNTY, TN・11 HOURS AGO
WKRN News 2

The family of country singer Naomi Judd on Monday filed a notice to voluntarily dismiss a lawsuit that sought to block journalists from accessing the police investigation records surrounding her death.
TENNESSEE STATE・2 DAYS AGO
WKRN News 2

A Maury County deputy was transported to the emergency room Tuesday morning after their patrol vehicle was struck while assisting a crash scene.
MAURY COUNTY, TN・1 DAY AGO
WKRN News 2

As more people move to Montgomery County, the City of Clarksville has been no stranger to crashes, and one of the top concerns for Clarksville police is pedestrians.
CLARKSVILLE, TN・1 DAY AGO
WKRN News 2

The Clarksville Police Department found a missing man's truck in the Cumberland River, along with a body inside the truck.
CLARKSVILLE, TN・2 DAYS AGO
WKRN News 2

Dramatic moments during holiday shopping at the Cool Springs Galleria were caught on camera as Franklin police confronted suspects armed with sledgehammers who were smashing glass cases as employees and customers looked on.
FRANKLIN, TN・2 DAYS AGO
WKRN News 2

The White Bluff community is rallying around a beloved youth sports coach as he recovers from severe burns after an accident at his home Saturday.
WHITE BLUFF, TN・2 DAYS AGO