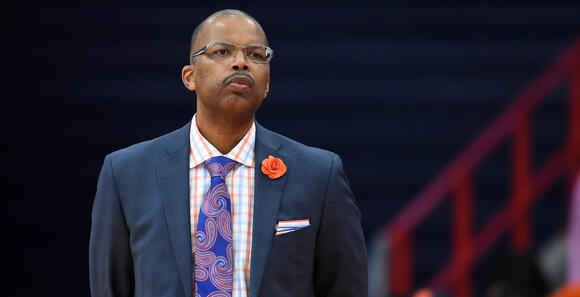 Syracuse scored a season low in points as the short handed Orange fell at undefeated and 24th ranked North Carolina 79-43 on Thursday. The loss ended Syracuse's six game winning streak, and dropped the Orange to 8-5 overall. A matchup against the Tar Heels proved especially difficult without players like Najé Murray and Alaysia Styles. Syracuse Women’s basketball announced prior to the game that Murray and Styles, along with Jayla Thorton and Eboni Walker did not travel with the team due to health and safety protocols.

With just seven active players and two starters unable to play, the Orange were simply overwhelmed. Junior Alaina Rice and freshman Nyah Wilson were put in the starting lineup where Murray and Styles would usually be.

The Orange couldn’t put up more than 15 points in a single quarter, and no player was able to surpass that number on their own. Teisha Hyman led the team with 11 points and Alaina Rice was right behind her with 10 points. Syracuse kept it somewhat close in the first half, but trailed by 12 at halftime. It was in the third quarter that North Carolina pulled away, outscore Syracuse 21-6.

The Tar Heels defense presented an especially tough challenge for a team that only had seven active players. The Orange had 22 turnovers and only 40 rebounds as opposed to North Carolina’s 68. Styles is Syracuse's best rebounder and starting center. The Orange is on the smaller size anyway, but much more so without Styles.

With such a limited number of players the Orange were continually out on the court with just two players on the bench at a time. The exhaustion was evident as those out on the court were playing a majority of the time.

The matchup against North Carolina presented an undefeated team that was able to block Syracuse from getting to the net at almost every opportunity. Not to mention, they were able to keep the Orange in check when they went for three. With twenty three attempts, Syracuse was only able to put in five.

This was Syracuse's first game in twelve days due to postponing the matchup with Siena on Wednesday. COVID-19 protocols forced the game to be moved, extending the break for the Orange.

While Syracuse had a number of contributing factors in today’s loss, a lack of players was what caused almost every single issue that the team faced. Syracuse will next take on Florida State in the Dome on Sunday, January 2nd.

After their closest win of the season to Yale on the road, the Syracuse Women’s Basketball team looks ahead to their game against Coppin State at home on Thursday. The team is currently 6-2 and looks ahead to their next two games before starting conference play on December 18th against Wake Forest. ...
SYRACUSE, NY・13 HOURS AGO
AllSyracue

Highlights and Recap: Syracuse Too Much For Oakland

After a strong finish to the first half sent Syracuse into the break with a 45-24 lead, the Orange  dominated the rest of the game against Oakland University. Syracuse defeated the Golden Grizzlies 95-66 to improve to 5-4 on the season. Over the final six minutes of the 1st half, Syracuse ...
SYRACUSE, NY・1 DAY AGO
AllSyracue

Syracuse football is in the need of a new defensive coordinator. According to Pete Thamel of ESPN, Nebraska is hiring Tony White to be its defensive coordinator. White has been instrumental in implementing the 3-3-5 defense at Syracuse over the last few seasons, making the Orange one of the better ...
SYRACUSE, NY・12 HOURS AGO
AllSyracue

Nick Monroe will serve as Interim Defensive Coordinator for Syracuse football's Pinstripe Bowl matchup with Minnesota later this month, according to a report from News Channel 9's Steve Infanti. Monroe was previously the Defensive Passing Game Coordinator under Tony White, who is leaving to take ...
SYRACUSE, NY・7 HOURS AGO
AllSyracue

Bleav in Syracuse podcast episode 61, presented by Bet Online and Hofmann Sausage Company, is out! Orange men's soccer is in the College Cup, the football team knows its bowl destination and opponent, and the basketball team picked up a big road win. Mike McAllister, Josh Crawford and Sammy St. ...
SYRACUSE, NY・2 DAYS AGO
AllSyracue

According to a report from Matt Zenitz of On3 Sports, Syracuse football has already replaced Robert Anae as offensive coordinator. Jason Beck, who was the quarterbacks coach this past season, is expected to lead the Orange offense moving forward according to the report.  This is much needed ...
SYRACUSE, NY・5 HOURS AGO
AllSyracue

Syracuse Dominant on Both Ends in Blowout of Oakland

Syracuse basketball used an 18-0 run at the end of the first half to spark a blowout 95-66 win over Oakland. With the victory, Syracuse improves to 5-4 (1-0) on the season while the Golden Grizzlies dropped to 2-9. Next up for SU is Georgetown in the Dome on Saturday.  Most of the first half ...
SYRACUSE, NY・2 DAYS AGO