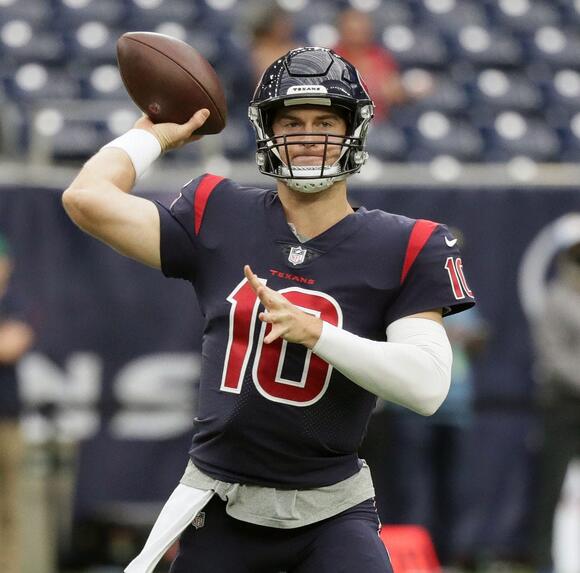 (SportsRadio 610) - Audacy Sports NFL insider Ross Tucker made an interesting claim when he joined Payne & Pendergast earlier this week and doubled down on his own podcast.

Texans rookie quarterback Davis Mills, according to Tucker, has a chance to surpass Patriots rookie quarterback Mac Jones in these last two games. Jones is coming off a horrendous game in a 33-21 loss to the Buffalo Bills and New England has lost its last two.

Meanwhile, Mills has led the Texans in a two-game winning streak against the Jacksonville Jaguars and Los Angeles Chargers with steady improvement.

Listen to the audio player above for the full segment.

Bijani: What voice will Texans locker room listen to?

With the Texans falling to 1-9-1 after their most recent loss to the Miami Dolphins, it is going to be interesting to see the type of attitude the team takes going forward.
HOUSTON, TX・2 DAYS AGO
610AM Sports Radio

McClain: Browns defense could be ideal for Texans' run game to bounce back

Cleveland would appear to be the ideal defense for Pierce and the run blockers to rebound. The Browns are 23rd in run defense, allowing 131.5 yards a game.
HOUSTON, TX・10 HOURS AGO
610AM Sports Radio

Bijani: Is Deshaun Watson’s return a welcomed distraction for Texans?

This coming Sunday marks Deshaun Watson’s first regular-season game since the finale of the the 2020 season when he last played for the Texans.
HOUSTON, TX・2 DAYS AGO
Bulls News

Even though they haven't spoken in a decade, Charles Barkley says he still has love for his longtime friend Michael Jordan.
30 MINUTES AGO