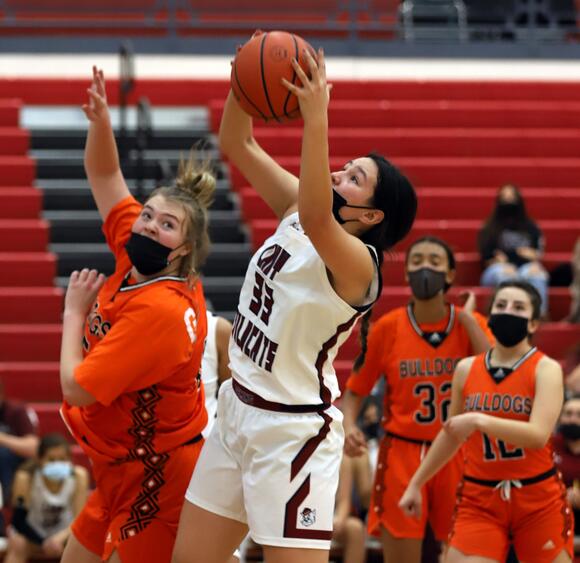 DEMING – Ready or not, District 3-5A basketball begins on Tuesday for the Deming High Lady Wildcats. The ‘Cats will travel to Las Cruces High for a 7 p.m. tipoff.

Before the district season gets underway, the Lady ‘Cats entertained the Artesia High Bulldogs on Thursday at Frank Dooley Court on the campus of DHS. This matinee game was the third meeting between the teams this season, with Artesia claiming all three wins. Thursday’s came on a 39-30 count.

Deming and Artesia girls also met on Wednesday in the consolation round of the Las Cruces Hoopla Invitational Tournament. The Bulldogs were on top in that one 58-40.

Four games in four days may have taken a toll on both teams as play appeared sluggish at times, shooting was poor, and turnovers ruled the day.

Lady ‘Cat post Moniqa Enciso (jr. 5-11) provided a presence inside the paint and tossed in 7 points in the first half to keep Deming within striking range. 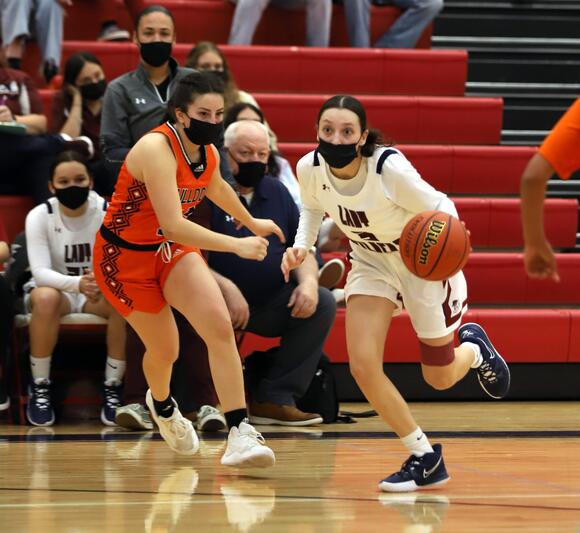 Senior Lily McMillan put the Lady ‘Cats ahead 23-22 late in the third period. Artesia closed the period on a 6-0 scoring run, fueled by 3 straight Lady ‘Cat turnovers. The Bulldogs led 28-23 heading into the final eight minutes of play.

The rash of Lady ‘Cat turnovers continued in the fourth period and Artesia took advantage behind a 12-8 scoring edge.

Deming (5-7) was limited to single digit scoring in each of the four periods played. Enciso was the lone Lady ‘Cat in double figures with 10 points. She also grabbed 8 rebounds and had a game-high 4 blocks. The 5-foot-11 junior was a scoring threat in the low post but did not receive many entry passes during the game. The majority of her touches were on put-backs.

Senior Briana Flores followed with 8 points and 5 rebounds, and McMillan scored 6 points and had 4 steals.

Artesia was led in scoring by Kaelyn Greathouse and Audrey Velo with 9 points each.

Bill Armendariz can be reached at 575-546-2611 (leave a message) or biarmendariz@demingheadlight.com.

Scoring after each period