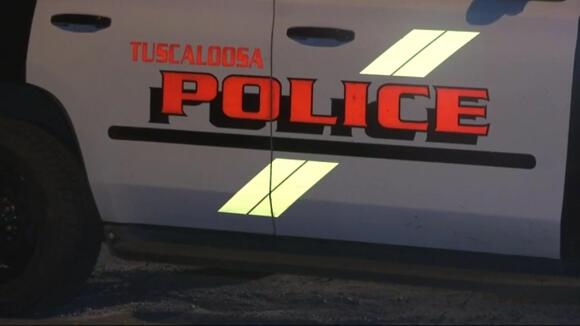 TUSCALOOSA, Ala. ( WIAT ) — Tuscaloosa Police have a warning for those that are planning to fire a gun in the air to celebrate New Year’s Eve.

‘This is a family’: From an antique shop to a pizza spot, Winfield residents pick up the pieces after storm

Chief Brent Blankley says that kind of celebration is dangerous.

“It can be incredibly dangerous when you shoot your gun up in the air to celebrate the new year because that bullet has to come down somewhere. And if it comes down and hits somebody or kills someone or does damage to a car or an apartment or a house, and we can prove that, we are going to get charges on you,” he said.

Last year in 2020 on New Year’s, Tuscaloosa officers responded to nearly 50 weapons discharge calls. In one case, police say a man was shooting his shotgun into the air.

Officers also responded to a woman’s apartment where she found five gun shell casings in her bedroom and holes in the walls. The Chief says this will not be tolerated and officers will be cracking down.

“We don’t understand why people take their guns out to shoot for New Years and the 4th of July to shoot their guns in the air,” Blankley said. “No other time of the year people do that, and I don’t think people realize when those bullets go up, they have to come down, and if they hit someone, you are going to be responsible for that. So please, this holiday season, don’t shoot your guns in the air.”

Celebratory gunfire is a misdemeanor, but police say if someone is shot, hurt or killed as a result, the charges can be upgraded to assault, manslaughter or murder.

Deputies are investigating after a body was recovered from a wrecked car Sunday morning.
16 HOURS AGO
CBS 42

1 dead, 2 injured in shooting near Huffman High School in Birmingham

BIRMINGHAM, Ala. (WIAT) — Three people were shot near Huffman High School in Birmingham, police report. According to the Birmingham Police Department, there were several shots fired in the 700 block of Springville Road, located less than half a mile away from Huffman High School. All three victims, who are all adults, were taken to […]
6 HOURS AGO
CBS 42

BIRMINGHAM, Ala. (WIAT) — The Birmingham Police Department have reported that they arrested one of their officers Sunday. According to BPD, officer Brandon Smith turned himself into custody of the Jefferson County Jail on Sunday. A warrant was obtained for Smith for domestic violence strangulation and a $5,000 bond. BPD was made aware of domestic […]
1 DAY AGO
CBS 42

Making sense of this tragedy and making headway in the investigation has been a puzzling challenge for BPD.
3 DAYS AGO
CBS 42

BPD: 20-year-old man killed, 2 others injured by gunfire at Chevron on Finley Blvd

BIRMINGHAM, Ala. (WIAT) — Birmingham Police are investigating the scene of a shooting at a gas station that killed one man and wounded two others Friday night. BPD officers were dispatched to the Chevron on 1525 Finley Boulevard at around 8 p.m. on calls of shots fired with multiple victims. At the scene, officers discovered […]
3 DAYS AGO
CBS 42

BIRMINGHAM, Ala. (WIAT) — One person died and another was injured following a house fire in Birmingham Saturday morning. According to Birmingham Fire, crews responded to a house fire on the 1600 block of 34th Street SW. Crews confirmed one death and one injury while at the scene of the fire. The person injured was […]
2 DAYS AGO
CBS 42

JEFFERSON COUNTY, Ala. (WIAT) — A 33-year-old Empire woman is dead following a two-vehicle crash Thursday evening. According to the Jefferson County Sheriff’s Office, deputies were dispatched to Highway 78 on the call of a crash around 6:40 p.m. Upon arrival, they realized that during the accident one of the vehicles involved had flipped several […]
3 DAYS AGO
CBS 42

CHILTON COUNTY, Ala. (WIAT) — A 19-year-old is dead following a head-on collision in Chilton County Friday evening. According to the Alabama Law Enforcement Agency, Antonio Amiru Hinton, of Verbena, died when the vehicle that he was a passenger in collided head on with another car on Alabama 22 around 4:35 p.m. Hinton was pronounced […]
2 DAYS AGO
CBS 42

TUSCALOOSA, Ala. (WIAT) — The city of Tuscaloosa is accepting toy donations to pay for parking tickets. Tuscaloosa residents can pay off city overtime parking tickets with a toy donation to Toys for Tots. Toys valued at $10 or more will satisfy a $18 parking ticket. Municipal Court Director Marion Williams says the program is being […]
2 DAYS AGO
CBS 42

BIRMINGHAM, Ala. (WIAT) -- A Birmingham man was sentenced to 30 months in prison Thursday following a guilty plea in connection with a January drug charge.
3 DAYS AGO
CBS 42

BIRMINGHAM, Ala. (WIAT) — Mayor Randall Woodfin is sounding the alarm about an uptick in the number of overdoses in Birmingham. In a post to Twitter, he said that ‘fentanyl contaminated cocaine’ in the community is to blame. Chief Deputy Coronor Bill Yates said fentanyl being mixed with other substances is not new. Health officials want you […]
2 DAYS AGO
CBS 42

HOOVER, Ala. (WIAT) — The holiday shopping season is upon us, and local law enforcement are increasing their presence to keep shoppers safe. Whether you are out and about or browsing online for those special holiday purchases, officer Brian Hale with Hoover PD tells CBS42 there are several safety issues shoppers should be aware of. […]
2 DAYS AGO
CBS 42

The city of Eutaw unites, looking to recover from tornado damage

EUTAW, Ala. (WIAT) — Tuesday night’s EF-1 tornado left the city of Eutaw in ruin and many residents with broken hearts. Looking to the future, however, those who live there say they have hope and see a light at the end of this dark tunnel. Powerful emotion rose to the surface at Ezekiel Baptist Church […]
1 DAY AGO
CBS 42

EUTAW, Ala. (WIAT) – The show must go on. After a tornado tore through Eutaw Tuesday night, city leaders decided to host the annual Christmas Parade. This year’s celebration lit the city up with hope. “When you lose everything, you got in the blink of an eye, your mind is not focused on joy,” Eutaw […]
3 DAYS AGO
CBS 42

BIRMINGHAM, Ala. (WIAT) — With 20 days left before Christmas, there is still time to get that special package for that special someone. The United States Postal Service suggests shipping your gifts as soon as possible. Birmingham Postmaster John Richardson said the deadline to send off first-class letters or parcels is Dec. 17. Richardson said […]
11 HOURS AGO
CBS 42

Big Oak Ranch expands, brings whole to meaning to ‘Home for the Holidays’

SPRINGVILLE, Ala. (WIAT) — A local non-profit is expanding its reach to provide more children with safe and loving homes just in time for Christmas. Big Oak Ranch says their homes come equipped with love and hope, bringing a whole new meaning to being home for the holidays. For nearly five decades, those with the […]
3 DAYS AGO
CBS 42

Miles College to host ‘Community Give Back Day’ Saturday

BIRMINGHAM, Ala. (WIAT) — On Saturday, Miles College will host the annual “Community Give Back Day,” where 150 families in the area will have the chance to receive different presents for the holidays. The goal of this event is make the holiday season a little brighter for families by giving them an opportunity to select […]
3 DAYS AGO
CBS 42

‘Beatles’ tribute band, ‘The Fab Four,’ to perform in Birmingham

BIRMINGHAM, Ala. (WIAT) — The British invasion will be present in Birmingham Friday, as the Fab Four — an Emmy Award-winning Beatles tribute band — will be performing at the Alabama Theatre at 8 p.m. CBS 42’s Jimmy Carter speaks with Erik Fidell, a member of the tribute band, about the upcoming performance.
3 DAYS AGO
CBS 42

TUSCALOOSA, Ala. (WIAT) — University of Alabama football will be losing an offensive tackle as junior Javion Cohen announced his intentions to enter the transfer portal Sunday via Twitter. Cohen has started at left guard for the Crimson Tide the past two seasons. In the 2021 season he started 14 games and missed one due […]
1 DAY AGO