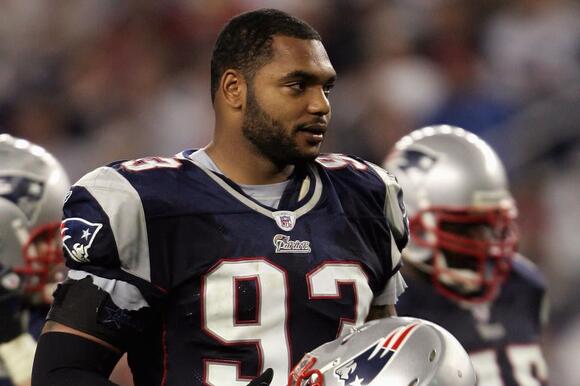 A key member of the New England Patriots championship teams in the early 2000s made notable progress in his quest for what would be a well-deserved call to the Hall.

The Pro Football Hall of Fame announced its finalists for its 2022 Class of inductees on Thursday. Former Patriots defensive tackle Richard Seymour was among the prestigious list of 15; earning a spot among the finalists for the fourth straight year.

Seymour has long been regarded as a strong candidate for enshrinement. He is deservingly regarded as one of the greatest defensive players in Patriots’ history. During his career, he was also considered one of, if not the best, defensive lineman in the NFL. “Big Sey” played college football for the University of Georgia, where he earned first-team All American honors in 2000, and was named to the All-SEC First Team in 1999 and 2000. He was drafted sixth overall in the 2001 NFL Draft by the Patriots. Some consider Seymour to be among the best players in NFL history to be chosen as the sixth overall pick.

Throughout his Patriots tenure, Seymour was named to five All-Pro teams, and was a member of three Super Bowl-winning Patriots teams (XXXVI, XXXVIII, XXXIX.) He was selected to seven Pro Bowls, gaining selections as both a 4-3 defensive tackle and as a 3-4 defensive end. On occasion, Seymour even played fullback on short yardage and goal line situations. His contributions to the Patriots earned him spots on both the New England Patriots 50th Anniversary Team and the New England Patriots All-2000s Team. Seymour finished his career as a member of the Oakland Raiders, where he earned two additional Pro-Bowl selections. He retired in 2013, having amassed amazing career totals of 496 tackles, 57.5 sacks, four forced fumbles and two interceptions.

Seymour’s on-field accomplishments have earned him near-universal praise from his former teammates, opponents and coaches. Patriots head coach Bill Belichick is among his most ardent advocates. “Richard was a tremendous player,” Belichick said of Seymour shortly before his induction to the Patriots Hall. “He had a tremendous skill set. He had great length. Explosive. Very quick for his size. He could do everything,”

Former Patriots’ nose tackle Vince Wilfork was also among this year’s list of semifinalists. Despite an impressive, and worthy resume, Wilfork did not advance past this round of cuts for enshrinement in the Class of 2022. The 14 other finalists for the 2022 Pro Football Hall of Fame class are as follows:

The Pro Football Hall of Fame will announce its induction Class of 2022 on Saturday, February 12, 2022, one night before Super Bowl LVI.

'It's Not Over!' Bills at Patriots: Climb Into AFC Playoff Picture?

The New England Patriots need to string together some wins if they want to make the playoffs and could use some help in Week 13 to climb back into the AFC playoff chase.
TENNESSEE STATE・2 DAYS AGO
New York Post

The Contemporary Era Hall of Fame ballot isn’t a strict clash of good versus evil. But it certainly can be viewed that way.  The 16-person committee should vote in Don Mattingly, Dale Murphy and Fred McGriff, three great players who also brought only honor to the game. Mattingly and Murphy were two of the best players in their time — great peak players — whose overall games aren’t appreciated by faulty retroactive defensive metrics. McGriff was a consistent and dominant force at his best in October.  Mattingly won an MVP, received MVP votes seven times, and won nine Gold Gloves. Murphy is...
18 MINUTES AGO
Patriot Country

New England's defense is confronted with duel-threat quarterback Josh Allen, who has been a nightmare for the Patriots.
FOXBOROUGH, MA・1 DAY AGO
Patriot Country

Despite the intrigue surrounding Tom Brady’s potential return to New England in the offseason, the Patriots are apparently quite content with their current quarterback.
ALABAMA STATE・31 MINUTES AGO
Patriot Country

Patriots vs. Bills Roster Moves: Trent Brown In, Why 2 Kickers?

The Patriots and Bills are set to face off in the first of two regular-season meetings in Week 13 at Gillette Stadium.
36 MINUTES AGO
Patriot Country

Jones ability to tackle adversity has impressed his several of his Patriots teammates, including two of his most prominent pass-catchers.
ALABAMA STATE・1 DAY AGO
Patriot Country

The Patriots will be without a key component of their running game for their Week 13 matchup with the Buffalo Bills at Gillette Stadium.
BUFFALO, NY・1 DAY AGO
Patriot Country

As the New England Patriots prepare to take on the Buffalo Bills in Week 13 of the 2022 season, Patriots Country highlights three players on whom Pats fans might want to keep watch.
BUFFALO, NY・5 HOURS AGO
Patriot Country

Judon has been New England’s top defender, and one of its most dynamic players overall in 2022.
8 HOURS AGO
Patriot Country

The Patriots listed nine players on their penultimate injury report heading into their Week 13 matchup with the Buffalo Bills at Gillette Stadium.
BUFFALO, NY・2 DAYS AGO