Police chase stretches 30 miles, leads to arrest of man accused of murdering woman in her car 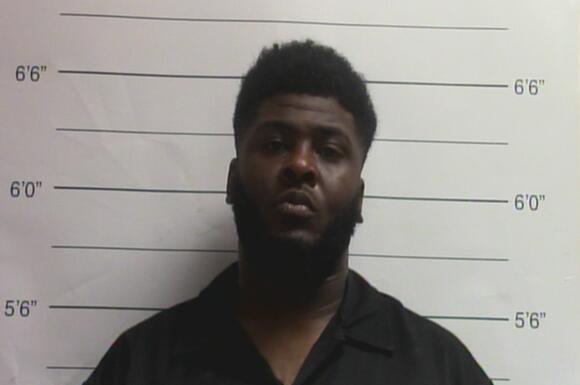 NEW ORLEANS ( WGNO ) — A man is behind bars in New Orleans on a list of charges that include murder following a police pursuit that began in St. Tammany Parish.

Police say Smooth then got in a car and tried to run away from the scene, leading to a chase that began on I-10 and Gause Boulevard, traveled across Lake Ponchartrain, and went all the way the 2400 block of Piety Street in New Orleans — totaling about 30 miles.

LSP: Driver who caused crash that killed 3 siblings was intoxicated

It was then officers say the suspect tried to run out of the car, but was quickly apprehended.

Smooth was wanted for murder after an investigation led detectives to believe he was responsible for a woman’s death that occurred in New Orleans on November 27.

The incident occurred around 10:30 p.m. near the intersection of Vermillion Boulevard and Elysian Fields Avenue, when a 50-year-old woman was shot while driving.

NOPD reported the woman, later identified as Monique Blunt, then crashed the SUV at a nearby gas station and died shortly after.

An 8-year-old was also in the car at the time of the crash, however, the child was unharmed.

Smooth was booked into the Orleans Parish Justice Center where he was booked on the following charges:

According to the Orleans Parish Sheriff’s Office, Smooth also had two outstanding warrants for aggravated battery and felony possession of a firearm.

S.T.P.D Will Chase U Down That Is Not Orleans Parish N.O.P.D IS THE SORRIEST DEPARTMENT OF ALL PARISHES

Our Ancestors were made to fight eachother to the death so it is inbeded in us to naturally hate our own for many unholy reasons.Just like it is inbeded in them to hate us ( God's true people) the Israellites of the Bible.

The St. Charles Parish Sheriff's Office has arrested a man on a charge of aggravated second degree battery. The suspect is Craig Lee, a 43-year old Killona resident
LULING, LA・17 HOURS AGO
WGNO

The New Orleans Police Department is asking for the public’s assistance in identifying a suspect wanted in connection with an armed robbery investigation.
NEW ORLEANS, LA・17 HOURS AGO
WGNO

The St. Tammany Parish Coroner's Office also released the remaining identity of one of the victims.
COVINGTON, LA・13 HOURS AGO
WGNO

5 suspects in custody in connection to a string of carjackings

The New Orleans Police Department has made several arrest in connection to a string of carjacking incidents in late November.
18 HOURS AGO
WGNO

Officers confirmed the vehicle and a semi-automatic handgun with an obliterated serial number were both stolen.
THIBODAUX, LA・1 DAY AGO
WGNO

More than two weeks after a homeless man was shot by an officer outside the Caesars Superdome, the New Orleans Police Department has released video of the moments leading up to and following the shooting.
NEW ORLEANS, LA・18 HOURS AGO
WGNO

Two people were shot while riding in a car through Slidell overnight, leading to the death of one person and the hospitalization of another.
SLIDELL, LA・2 DAYS AGO
WGNO

Tillman was wanted for contempt of court on multiple drug, weapon, and resisting related charges.
THIBODAUX, LA・2 DAYS AGO
WGNO

The New Orleans Police Department has asked for the public's help in finding the vehicle detectives say was used in a car burglary in the Central Business District.
NEW ORLEANS, LA・2 DAYS AGO
WGNO

A shooting in the Seventh Ward has left a man wounded.
NEW ORLEANS, LA・1 DAY AGO
WGNO

Days after the gruesome discovery of two badly-burned bodies on the North Shore, officials with the Covington Police Department and the St. Tammany Parish Coroner's Office are scheduled to update the public on the case.
COVINGTON, LA・1 DAY AGO
WGNO

Arrest warrants were issued for Stewart and Smith on charges of Access Device Fraud.
NEW ORLEANS, LA・2 DAYS AGO
WGNO

New Orleans East residents are searching for their puppy after they say it was stolen during a home burglary on Monday.
NEW ORLEANS, LA・2 DAYS AGO
WGNO

The U.S. Attorney's office says another member of a vast conspiracy to commit fraud by staging car wrecks has pleaded guilty.
GIBSON, LA・1 DAY AGO
WGNO