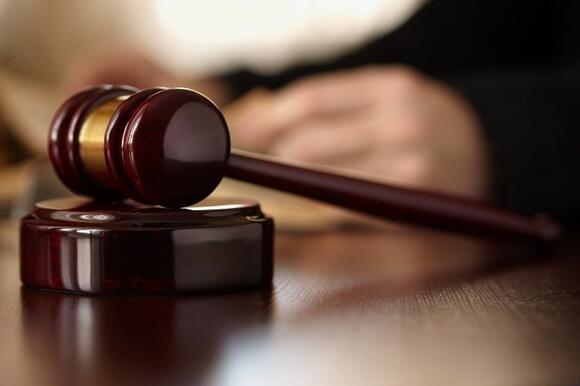 A federal judge threw out a lawsuit on Wednesday against a former senior Saudi intelligence official after the director of National Intelligence earlier this year used the state secrets privilege to block sensitive information from being released in the case.

In a case between former top Saudi intel officer Saad al-Jabri and Saudi state-owned Sakab Saudi Holding Co., District Court Judge Nathaniel Gorton ruled that — without the documents deemed state secrets — "the court is unconvinced" it could rule in favor for the Saudi-backed firm, Reuters reported.

He also noted that there was no basis in state or federal law for the firm’s case.

Gorton also noted that Jabri could not seek a judgment regarding his counter claim over Boston properties he acquired that the Saudi state-owned firm is seeking, citing the same state secrets privilege dilemma, according to Reuters.

Director of National Intelligence Avril Haines invoked the state secrets claim earlier this year, a privilege that allows information to be withheld during a lawsuit if over national security concerns.

The two were mired in a legal battle after Jabri, a longtime adviser to former Crown Prince Muhammad bin Nayef, claimed that Saudi Crown Prince Mohammed bin Salman sent a “hit squad” to kill him, though he says the plan was foiled by Canadian authorities. Saudi officials have refuted the accusations.

Jabri denies allegations that he defrauded Sakab Saudi Holding Co. and nine other state-owned firms while he was a Saudi official. The 10 firms filed a lawsuit against him, alleging that he had swindled them out of $3.5 billion.

The US is simply covering up for their partner in crime the Saudis who are the real criminals for 9/11. As obvious as it was, I can't believe we allowed our country to feed us that bullshit that the Afghans and Iraq were responsible for 9/11. If we continue to allow our government to get away with committing atrocities, especially against our own country, it is only going to get worse.

Trump have is investment interests with the Prince. And the American government, remember Trump leave that deal about harm's and planes. Money involved. People sell there soul for it.

You speak of God, Jesus and the Holy spirit at the same time calling people loser's. Real biblical like. You're so confused and it truly show's.

A federal judge on Tuesday dismissed a lawsuit against Saudi Crown Prince Mohammed bin Salman over the killing of Washington Post columnist Jamal Khashoggi. U.S. District Judge John Bates ruled that Crown Prince Mohammed is entitled to head-of-state immunity, deferring to the determination made last month by the State Department. Khashoggi was killed in the…
WASHINGTON STATE・1 DAY AGO
Vice

Former President Donald Trump long ago honed his ability to narrowly escape legal consequences into his own personal brand of rare and exceptional performance art. But like Elvis in his Vegas years, Trump’s act is growing old. Prosecutors are after him like never before—and legal experts, including some who once doubted Trump would ever be charged with a crime, increasingly say the first indictment of a former U.S. president is now a real possibility.
GEORGIA STATE・4 HOURS AGO
The Hill

Rep. Alexandria Ocasio-Cortez (D-N.Y.) is under investigation by the House Ethics Committee, the panel’s acting chair and ranking member said in a statement on Wednesday. The committee did not specify what exactly it was probing regarding the congresswoman and noted that its statement “does not itself indicate that any violation has occurred.” Rep. Alexandria Ocasio-Cortez (D-N.Y.) on…
2 HOURS AGO
The Hill

Former President Trump’s legal team has found at least two documents with classified markings at a storage unit in West Palm Beach, Fla., in the wake of the FBI’s August search of Mar-a-Lago, several outlets reported on Wednesday. The documents were immediately turned over to the FBI, according to The Washington Post. The storage unit,…
WEST PALM BEACH, FL・5 HOURS AGO
dallasexpress.com

Sam Brinton, deputy assistant secretary of spent nuclear fuel for the U.S. Department of Energy, has been placed on a leave of absence after being charged with a felony for allegedly stealing a woman’s luggage off an airport carousel. Before being hired in June, Brinton, 35, worked for the...
WASHINGTON STATE・1 DAY AGO
The Hill

The Biden administration on Wednesday said it plans to appeal a court ruling striking down the Title 42 policy limiting asylum, forecasting that public health authorities plan to write a new regulation to replace it. The coming appeal puts the Department of Homeland Security at the center of conflicting court cases on Title 42, which…
LOUISIANA STATE・2 HOURS AGO
The Hill

As immigrant survivors stepped forward to claim their legal rights, they faced longer-than-normal delays, increased scrutiny and a greater likelihood of deportation.
OHIO STATE・7 HOURS AGO
The Hill

Texas governor bans use of TikTok in state agencies

Texas Gov. Greg Abbott (R) on Wednesday instructed state agencies to ban employee use of TikTok, joining a growing list of GOP governors taking action against the Chinese-owned social media app as national security concerns grow over the platform. Abbott ordered all state agencies to immediately ban the use of TikTok on government-issued devices, citing…
TEXAS STATE・2 HOURS AGO
The Hill

‘Indict me too’: Will Cryptome’s call to be charged kill the case against WikiLeaks’ Assange?

The whole case has a bad odor about it, inherited from the Trump administration.
6 HOURS AGO
The Hill

NAACP calls for Supreme Court to ‘uphold the integrity’ of elections

The NAACP is calling on the Supreme Court to “uphold the integrity” of elections after Wednesday’s oral arguments in the Moore v. Harper case on the “independent state legislature” theory. The case, which arose from North Carolina’s efforts to redraw congressional maps, could effectively eliminate state courts’ oversight of elections, advocates warn. The court has…
NORTH CAROLINA STATE・2 HOURS AGO
The Hill

Oregon’s state government plans to appeal after a judge on Wednesday paused its new gun law banning the sale and transfer of high-capacity magazines. State Attorney General Ellen Rosenblum (D) said in a tweet that her office will petition to the Oregon Supreme Court immediately. She noted that a federal judge denied a request earlier…
OREGON STATE・10 HOURS AGO
The Hill

Former President Trump’s legal team hired an outside group to search at least two of his properties for any remaining classified documents, The Washington Post reported on Wednesday. Trump Tower in New York and the Trump National Golf Club in Bedminster, N.J., were both searched in recent weeks, after a federal judge asked the former president’s lawyers…
BEDMINSTER TOWNSHIP, NJ・8 HOURS AGO
The Hill

A New York jury on Tuesday found the Trump Organization guilty of tax fraud following a more than monthlong trial. Jurors began deliberating on Monday and returned the guilty verdict on Tuesday afternoon, according to The Associated Press. Former President Trump himself was not on trial, but prosecutors with the Manhattan district attorney’s office showed…
MANHATTAN, NY・1 DAY AGO
The Hill

Manhattan prosecutor: Even with Trump Org conviction, investigation is ‘ongoing’

Manhattan District Attorney Alvin Bragg (D) said the investigation involving former President Trump is “ongoing” in the aftermath of his family organization being convicted of tax fraud.  Bragg said on “CNN This Morning” on Wednesday that he views the case against the Trump Organization as “one chapter in the book” for his team’s probe.  “While…
MANHATTAN, NY・6 HOURS AGO
The Hill

On The Money — Will Biden’s rail deal backfire?

Rail workers say their colleagues are preparing to leave after being disappointed by the contract forced through by Congress and signed by President Biden. We’ll also look at the battle for the child tax credit and the Trump Organization’s guilty verdict in a tax fraud case.  But first, follow along here to see the live Georgia Senate…
MARYLAND STATE・1 DAY AGO
The Hill

The Justice Department’s inspector general identified a series of “management and performance failures” among Bureau of Prison (BOP) employees that preceded the 2018 death of infamous mobster James “Whitey” Bulger in a West Virginia prison. Three men were charged with conspiracy to commit first degree murder over Bulger’s killing, which occurred in October 2018 just…
WEST VIRGINIA STATE・6 HOURS AGO