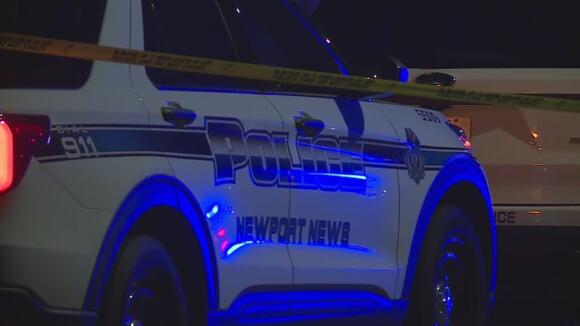 Police said officers responded to gunshots in the 1200 block of 32nd Street around 8:30 p.m.

Officers arrived to find a male and female outside of a home who had been shot.

The female shooting victim is a juvenile.

The circumstances of the shooting remain under investigation.

Those with information are encouraged to submit a tip via P3 tips or call the Crime Line at 1-888-LOCK-U-UP.

it's the city's responsibility to take care of those areas of their city. People need to call the mayor and complain until something is done. The city should be held accountable for the bottom.

VIRGINIA BEACH, Va. (WAVY) – Virginia Beach Police have identified the man who died after being shot Dec. 3 in the 5800 block of Pickering Street. Police said Tuesday the man has been identified as Gabriel Martinez, 24, of Chesapeake, and his family has been notified. Police reported the...
VIRGINIA BEACH, VA・16 HOURS AGO
WAVY News 10

According to police, the shooting happened around 1 a.m. in the 1700 block of Potters Road.
VIRGINIA BEACH, VA・2 HOURS AGO
WAVY News 10

A 19-year-old from Suffolk was recently arrested and accused of stealing a vehicle.
VIRGINIA BEACH, VA・21 HOURS AGO
WAVY News 10

FRANKLIN, Va. (WAVY) — Police say a man is in custody after a woman was fatally stabbed Tuesday in Franklin. The woman was found with multiple stab wounds when officers responded to the 600 block of Hayden Drive, off South Street, just after 1 p.m. The 61-year-old victim later...
FRANKLIN, VA・14 HOURS AGO
WAVY News 10

Newport News police will step up safety measures after a police cruiser was vandalized with an officer still inside.
NEWPORT NEWS, VA・1 DAY AGO
WAVY News 10

NEWPORT NEWS, Va. (WAVY) – A Newport News man was convicted by a federal jury Friday on charges of brandishing a firearm while robbing a gas station convenience store in Henrico County. According to court records and trial evidence, Chaikim Reynolds, 21, went into the convenience store Jan. 17,...
NEWPORT NEWS, VA・1 DAY AGO
WAVY News 10

SUFFOLK, Va. (WAVY) — Police are investigating after a man was shot Tuesday night in Suffolk. Police say they got a call from Sentara Obici Hospital at 7:32 p.m. The 20-year-old victim’s gunshot wound was considered non life-threatening. The shooting is believed to have happened in the 900...
SUFFOLK, VA・9 HOURS AGO
WAVY News 10

Police in Portsmouth say they are investigating a homicide following an incident Monday evening.
PORTSMOUTH, VA・22 HOURS AGO
WAVY News 10

A man is now in custody after police say he attempted to rob a Portsmouth Food Lion at gunpoint.
PORTSMOUTH, VA・22 HOURS AGO
WAVY News 10

VIRGINIA BEACH, Va. (WAVY) – Virginia Beach Police are looking for a man who was last seen at his residence in the 4900 block of Limestone Avenue around 9 a.m. Monday. Cornelius Leonard Doup, 75, is 5-foot-4, 130 to 140 pounds and has black hair and brown eyes. He was last seen wearing a blue and black plaid shirt and jeans and is dependent on life-saving medication that he left home without.
VIRGINIA BEACH, VA・17 HOURS AGO
WAVY News 10

Man dead, another critically injured after overnight …. Welcome Home Initiative in Virginia Beach brings …. Veterans across the country come to Virginia Beach for the 3-day event in November. They share painful stories, and work to unburden their souls from memories they carried for years. Read more: https://bit.ly/3Ftn7xP. VBPD...
NORFOLK, VA・1 DAY AGO
WAVY News 10

PORTSMOUTH, Va. (WAVY) — A picture, taken to celebrate his mother’s birthday in October, would be the last family photo to include 28-year-old Deshawn Whitaker. Family members say he loved to laugh, loved to smile, and loved spending time with his seven-year-old son Deshawn Whitaker Jr. It all...
VIRGINIA BEACH, VA・10 HOURS AGO
WAVY News 10

SUFFOLK, Va. (WAVY) – The Ding Wing convenience store in the 600 block of East Washington Street in downtown Suffolk was robbed at gunpoint Sunday evening, Suffolk Police said. Police said a man entered the store around 9:58 p.m., displayed a firearm and demanded money from the register. The...
SUFFOLK, VA・1 DAY AGO
WAVY News 10

Police: Man shot in October on Nicholson St. in Norfolk has died

NORFOLK, Va. (WAVY) – A man who was shot in October on Nicholson Street in Norfolk and had been in the hospital in serious condition died Monday, Norfolk Police said. Around 9:55 p.m. Oct. 22, Norfolk Police responded to the 400 block of Nicholson Street for a report of a gunshot victim. There, police found Travis L. Blakely, 34, suffering from a gunshot wound.
NORFOLK, VA・1 DAY AGO
WAVY News 10

Police: One shot on Americana Drive in Newport News

Police are now investigating after a man was found in the water at Willoughby Harbor Marina early Tuesday morning.
NORFOLK, VA・20 HOURS AGO
WAVY News 10