Working 4 You: 2021 investigation year in review 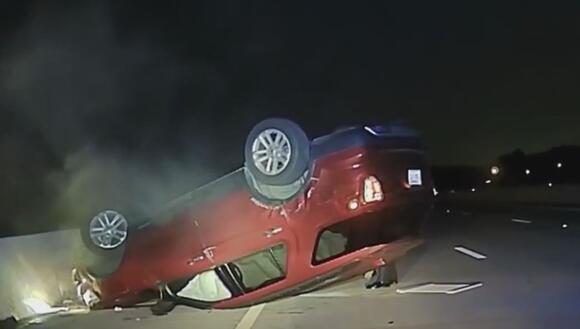 It’s been a year of holding the powerful accountable and protecting our community.

2021 started with a historic snowstorm, followed by bitter cold, leaving thousands in Pine Bluff with water pressure so low that Jefferson Regional had to stop taking new patients at one point.

Back then, Liberty Utilities said crews had a hard time finding leaks because of bitter cold and excessive snow.

‘Working 4 You’ Investigates uncovered the company’s emergency plan had not been updated in several years and included outdated details.

The attorney general launched an investigation that ended just last month. The state found Liberty’s past actions and response to the winter storm were inadequate and in breach of its duty to provide safe, adequate and reliable service to customers.

KARK continues to check in with the Cross family after Heather nearly died after being hit head-on by a Shannon Hills police officer in 2019.

The family got $25,000 from the city but they say medical bills exceed a million dollars. Arkansas is one of three states with a strict sovereign immunity law, preventing the Cross family from suing the state. One state senator hopes to reverse that.

One ‘Working 4 You’ investigation sparked global attention after the team uncovered state troopers performed at least 144 PIT maneuvers last year, including one where a pregnant woman says she was trying to pull over when a trooper pitted her car.

State police later agreed to change its use of force policy as an ‘objective standard”.

Finally, Pope County District Court Judge Don Bourne, who has been the center of our ‘Denied’ series.

Working 4 You: Woman says Pope County judge denied her a public defender because of the car she drives

State numbers were uncovered that show Bourne only appointed the public defender 48 times in nine years. Which was a number sharply different in other counties with a similar population.

The office charged with investigating judges announced the day after KARK’s story that it had launched a probe into Judge Bourne.

Officials with the Federal Bureau of Investigations said that a flight had to be diverted to Clinton National Airport Saturday afternoon after a passenger assaulted others on a flight.
LITTLE ROCK, AR・2 DAYS AGO
KARK 4 News

Woman held at gunpoint in attempted carjacking in Little Rock

An attempted carjacking in Little Rock Wednesday morning left a woman thankful to be alive, after she said she was held at gunpoint and nearly strangled.
LITTLE ROCK, AR・9 HOURS AGO
KARK 4 News

New details have been released about an airliner making an emergency landing in Little Rock on Saturday.
LITTLE ROCK, AR・17 HOURS AGO
KARK 4 News

A Little Rock City Employee is in the hospital tonight after being shot Monday morning while on the job.
LITTLE ROCK, AR・3 DAYS AGO
KARK 4 News

Power Women: Could the New Year mean a new career?

As we get ready to enter the last month of the year, many people are taking a moment to look back and evaluate where they are with their careers and home life.
LITTLE ROCK, AR・15 HOURS AGO
KARK 4 News

Several Little Rock restaurants are turning the calendar to the year 3000 with the addition of new robotic server helpers. The machines deliver food to customers with a jingle.
LITTLE ROCK, AR・14 HOURS AGO
KARK 4 News

The Arkansas State Police have activated a Silver Alert for a man missing from White County.
WHITE COUNTY, AR・4 DAYS AGO
KARK 4 News

The Lonoke County Sheriff's Office is using former inmates to help its neighbors get out of a life of crime, and it is becoming viral while doing so.
LONOKE COUNTY, AR・6 DAYS AGO
KARK 4 News

Sunday, we got a look inside the plane that was diverted to Little Rock following an incident in the air.
LITTLE ROCK, AR・1 DAY AGO
KARK 4 News

Central Arkansas father wakes up after being pronounced dead

A central Arkansas family has a lot to be thankful for this holiday season after their dad woke up after being pronounced dead.
LITTLE ROCK, AR・5 DAYS AGO
KARK 4 News

North Little Rock police have identified the victim in a Monday deadly shooting on North Palm Street, along with a possible suspect.
NORTH LITTLE ROCK, AR・3 DAYS AGO
KARK 4 News

Victory Over Violence: The names and faces behind Little Rock’s homicide numbers

As of mid-November, 75 people have been killed. That's 75 people no longer living, 75 families dealing with the loss of a loved one, 75 empty chairs at dinner tables.
LITTLE ROCK, AR・6 DAYS AGO
KARK 4 News

Friend mourns after Conway woman was shot and killed

Family and friends are mourning their loved one after they were shot and killed in Conway early Monday morning.
CONWAY, AR・5 DAYS AGO
KARK 4 News

Fears about a radar-less severe weather event were relieved Monday after a decision by the National Weather Service.
LITTLE ROCK, AR・20 HOURS AGO