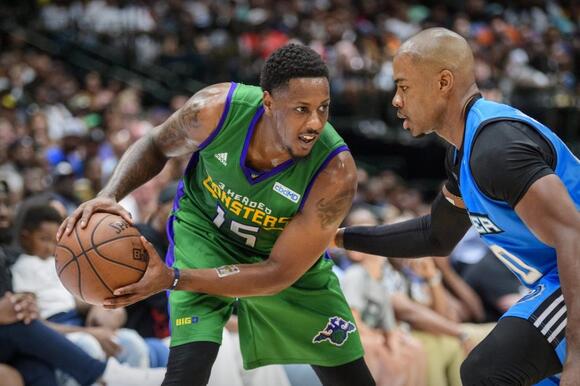 Mario Chalmers, a two-time NBA champion point guard with the Miami Heat who has been out of the league since 2018, is set to sign a 10-day contract with the Heat, The Athletic and the Miami Herald reported Thursday.

The move is in response to the NBA’s COVID-19 surge in cases over the past few weeks, which has sparked the return of former stars such as Greg Monroe, Joe Johnson and Isaiah Thomas.

For his career, Chalmers has averaged 8.9 points and 3.7 assists per game. He was also a member of the 2008-09 All-Rookie second team.

Nobody picked Purdue as the Big Ten favorite during the preseason, but the polls and the metrics now believe the
2 DAYS AGO
Sportsnaut

No. 17 Duke has shown the ability to spread around its offense. Iowa has a go-to player who can be
1 DAY AGO
Sportsnaut

Heat, Pistons face off after both lost to Grizzlies

Detroit point guard Killian Hayes, whose 3-point shooting is up in his third NBA season, is hoping to display his
3 HOURS AGO
Sportsnaut

As the MLB Winter Meetings begin on Monday, the Houston Astros are reportedly in active pursuit of another All-Star hitting
22 HOURS AGO
Sportsnaut

The Atlanta Hawks face tension after star point guard Trae Young and head coach Nate McMillan had a dispute before the game against the Denver Nuggets.
21 HOURS AGO
Sportsnaut

Jackson State head coach Deion Sanders is reportedly making the jump to FBS coaching, on the verge of becoming the
2 DAYS AGO
Sportsnaut

The Atlanta Braves and Oakland Athletics have a history of working out trades with one another. Most recently, Atlanta acquired
1 DAY AGO
Sportsnaut

The Carolina Panthers are reportedly set to release quarterback Baker Mayfield, moving on from the former No. 1 overall pick
19 HOURS AGO
Sportsnaut

Tensions are already high at SoFi Stadium, where the Seattle Seahawks are looking to avoid their third consecutive loss as
1 DAY AGO
Sportsnaut

Odell Beckham Jr. is finally healed up from a torn ACL injury he suffered during last year’s Super Bowl and
2 DAYS AGO
Sportsnaut

Back in 2020, Kevin Stefanski led the Cleveland Browns to an 11-5 record and a surprise playoff appearance. The rookie
1 DAY AGO
Sportsnaut

Jacksonville Jaguars quarterback Trevor Lawrence is just getting into a groove as his sophomore season plays out in Duval. The
1 DAY AGO
Sportsnaut

3 NBA backcourt players who could be first-time All-Stars, including Tyrese Haliburton

The 2022-23 NBA season has wrapped up its first month, and things have become more compelling. Basketball’s biggest mid-year events
16 HOURS AGO
Sportsnaut

No. 5 UConn aims to remain perfect at Florida

No. 5 UConn is off to a dominant start this season, winning each of its nine games by double figures
3 HOURS AGO
Sportsnaut