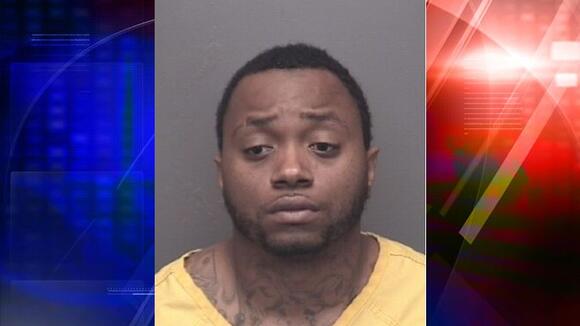 EVANSVILLE, Ind (WEHT) – According to Evansville Police, Fabian L. Bennett has been taken into custody with the help of EPD’s Viper Unit and the U.S. Marshals Service. He is being charged with murder.

Bennett allegedly shot someone on Oregon Street on December 28. The victim’s name was Carlis J. Falls , and he was from Evansville.

Police: Two shot at one another on Clay Street

HENDERSON, Ky. (WEHT) – A shooting occurred at the 600 block of Clay Street on Friday night. Henderson Police say Issac Beck,18, and Davion Hannah, 21, were arrested. Police say the two were shooting at each other, but no one was hurt. Beck was charged with: Assault, 1st degree Wanton Endangerment-1st degree Hannah was charged […]
HENDERSON, KY・6 HOURS AGO
WEHT/WTVW

HENDERSON, Ky. (WEHT) – We’ve received more information on the shooting reported to have happened at the 1600 block of Garfield Avenue. Police tell us the victim claimed to be shot when on Maple Street. Officers say the victim was shot twice, but they are expected to be ok. Officials say still no arrests have […]
HENDERSON, KY・7 HOURS AGO
WEHT/WTVW

Woman “felt like she was a hostage” after domestic incident

EVANSVILLE, Ind. (WEHT) – The Evansville Police Department (EPD) says on November 25, officers responded to the 100 block of South Weinbach Avenue in reference to a person with a gun. Police say the victim stated to dispatch her boyfriend, later identified as Deaunte Mcnary, had beat her up and was holding her hostage inside […]
EVANSVILLE, IN・8 HOURS AGO
WEHT/WTVW

PROVIDENCE, Ky. (WEHT) – A Tri-State family tells us a teenage boy is back home after his disappearance. The family of 16-year old Graham Watson of Providence previously told us they hadn’t seen or heard from him since Tuesday. Watson’s mother told us he needed to come home so he can go to rehab. She […]
PROVIDENCE, KY・9 HOURS AGO
WEHT/WTVW

DUI arrest made after accident takes down power lines

HENDERSON, Ky. (WEHT) – The Henderson Police Department (HPD) worked a DUI vehicle accident in the 500 block of 2nd Street early Friday morning. Police noted there were power lines down from the accident. HPD says all lanes of 2nd Street between North Ingram and North Adams were closed until the power lines were repaired. […]
HENDERSON, KY・1 DAY AGO
WEHT/WTVW

EVANSVILLE, Ind. (WEHT) – An Evansville woman will have to wait to learn her sentence in connection with her three-year-old daughter’s fatal fentanyl overdose. Makaylee Opperman’s sentencing was delayed because her attorney is sick. Opperman previously pleaded guilty to Neglect of a Dependent Resulting in Death, and conspiracy to deal in a narcotic after three-year […]
EVANSVILLE, IN・3 DAYS AGO
WEHT/WTVW

TELL CITY, Ind. (WEHT) — Police say an arrest was made after a 54-year-old Tell City man was seriously injured in an attack. Tell City Police arrested Michael T. Valconey, 47, after an alleged early morning attack on November 18. He is accused by police of battery resulting in serious bodily injury Investigation into the […]
TELL CITY, IN・4 DAYS AGO
WEHT/WTVW

POSEY CO., Ind. (WEHT) — The Posey County Sheriff has revealed new details and the names of the victims killed in a fatal accident late Tuesday night. Sheriff Tom Latham confirms the passing of Christopher M. Wagner and Justus Avery Ricketts in the crash. We’re told Daniel L. Powell survived the crash, but had to […]
POSEY COUNTY, IN・3 DAYS AGO
WEHT/WTVW

The Spencer County Coroner's office says a dead body has been found on the side of the roadway in the 8000 block of West Eureka Road in Rockport.
ROCKPORT, IN・4 DAYS AGO
WEHT/WTVW

Cause of death determined for man killed in Sacramento fire

SACRAMENTO, Ky. (WEHT) – We have new information about a deadly fire in McLean County. The cause of death for a Sacramento, Kentucky man who was killed when his home caught fire October 1 has been released. Officials say 69-year-old Jeff Helm died of smoke inhalation. Fire marshals indicated a faulty portable heater may have […]
SACRAMENTO, KY・4 DAYS AGO
WEHT/WTVW

EVANSVILLE, Ind. (WEHT) – Aurora Evansville is still looking for volunteers to help with Adopt-A-Client. According to Aurora’s website, Adopt-A-Client is a program where staff will provide family information to donors that includes a wish list and clothing sizes. However, to make this happen Aurora is requesting volunteers. Aurora is looking for: Volunteers to record […]
EVANSVILLE, IN・1 DAY AGO
WEHT/WTVW

Police ramp up patrol in Evansville for the holidays

EVANSVILLE, Ind. (WEHT) — Thanksgiving is undoubtedly one of the busiest times of year, on and off the road. Police say people tend to drink more around the holidays, making it especially dangerous for drivers out-and-about. To prevent crashes, the Indiana State Police tells us they’ll be ramping up their patrols as part of the […]
EVANSVILLE, IN・4 DAYS AGO
WEHT/WTVW

NEWBURGH, Ind. (WEHT) – A Dollar General store in Newburgh remained closed Wednesday night. The Warrick County Health Department says on Monday they ordered the store on State Road 662 to close until the violations were corrected. The health department did not say what the violations are, but did say they “constitute a danger to […]
NEWBURGH, IN・3 DAYS AGO
WEHT/WTVW

EVANSVILLE, Ind. (WEHT) – It’s been more than two years since Dawnita Wilkerson went missing, and her family is left spending another Thanksgiving without her. The family says a new detective has taken over the case, but they haven’t had any updates. Wilkerson’s aunt Faye Cardin tells us that the holidays were special to her […]
EVANSVILLE, IN・3 DAYS AGO
WEHT/WTVW

The Hopkins County Sheriff's Office says they dispatched deputies to a car accident on Tuesday afternoon in the area of Hanson Road and Jones Road.
HOPKINS COUNTY, KY・4 DAYS AGO